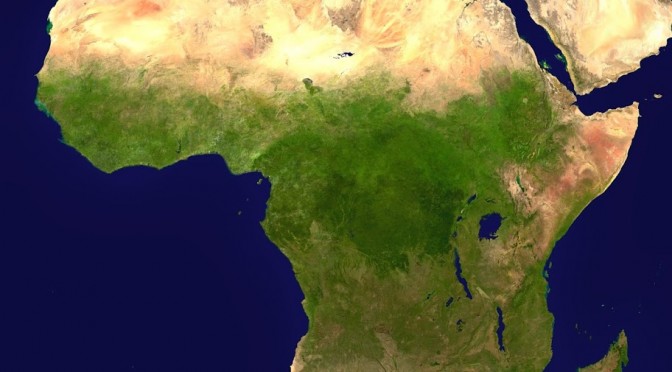 Some time ago I stated that the fantasy genre is sometimes a bit too Euro-centric and that we could branch out the genre by pushing towards other frontiers. Even I’m a bit guilty of it at times. So in an attempt to seek out Alternative Mythologies, I’ve given brief glances at Asia and Australia so far. Neither of them are thoroughly covered by my short articles listing only a handful of creatures from their folklore, but I can always go back to them later. Still, having covered the two of those I found myself on a continent that a lot of people know almost nothing about. 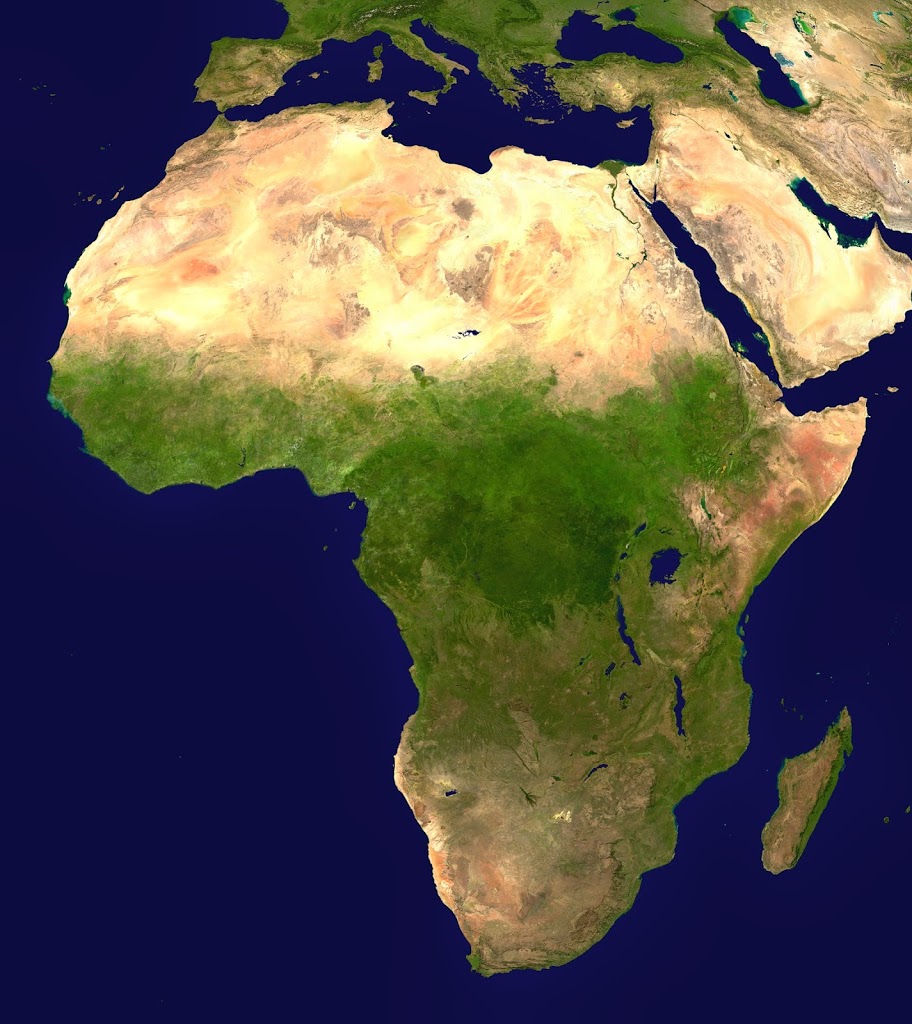 Africa: a continent often mistaken for a country by the uneducated. But even for the educated there’s not a whole lot that they can tell you about the culture outside of a few notable examples. We all know of Egypt and a great deal of us know some of the more popular Egyptian gods. But Egypt makes up a tiny fraction of a much larger continent and you’d be hard pressed to find someone in the west that knows about the rest of the cultures there. This leaves one to wonder… END_OF_DOCUMENT_TOKEN_TO_BE_REPLACED 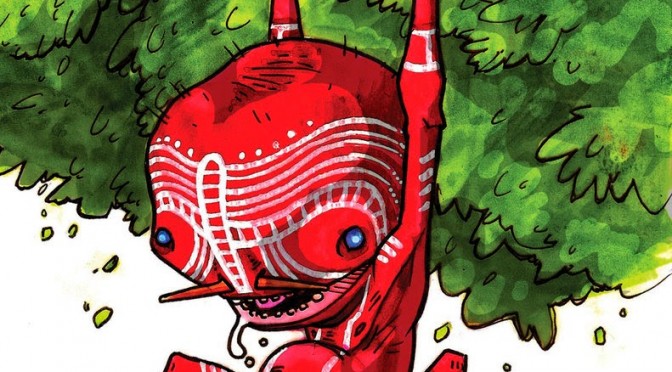 A creature of the wild lands of Australia, the Yara-Ma-Yha-Who is said to be a vicious little creature that feasts on its prey for several days as it continues a cycle of draining blood and then slowly digesting until the prey becomes another of the horrible little creatures.

All in all, typical aggressive Aussie animal behavior. 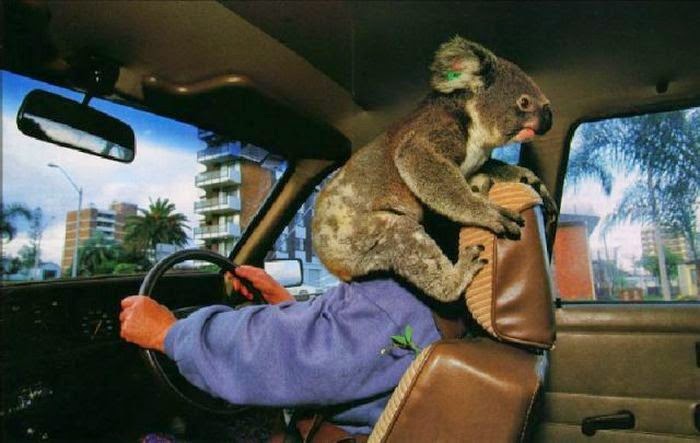 But how much of that is true? Why do these creatures continue the process of regurgitating their prey over repeated instances and how’d a creature that bizarre avoid being spotted for so very long? Today we take a look at one of nature’s most misunderstood creatures. END_OF_DOCUMENT_TOKEN_TO_BE_REPLACED 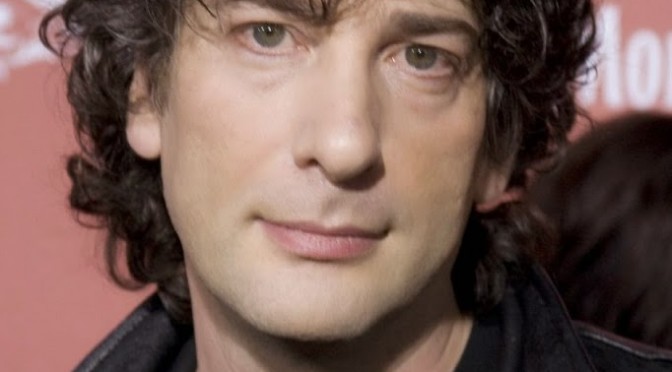 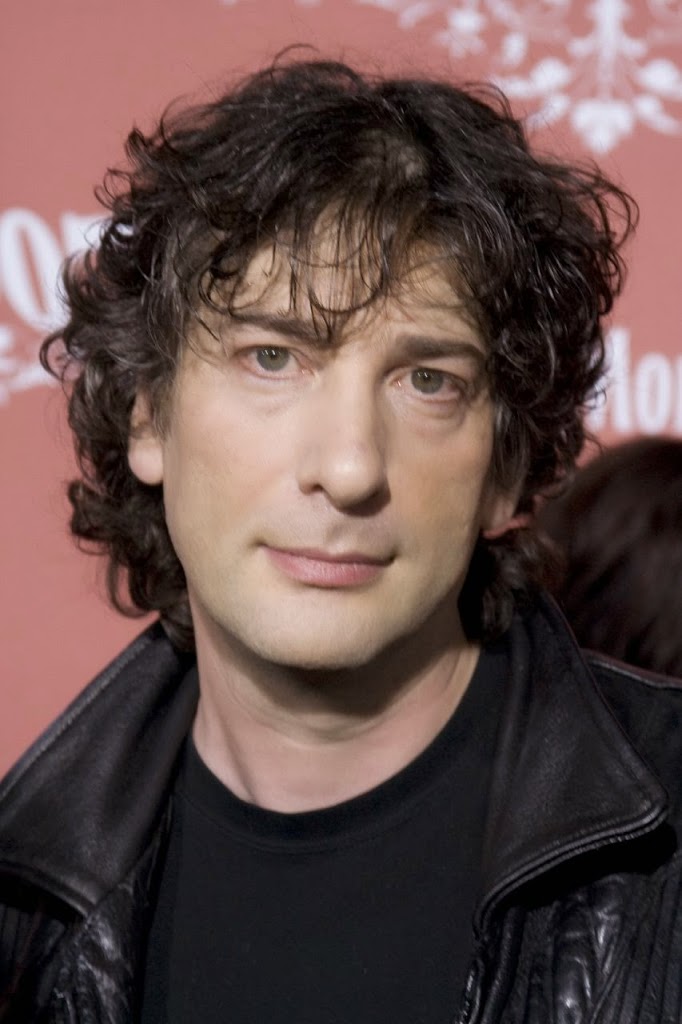 Neil Gaiman is a member of the nerd god pantheon. Though few of the mainstream know him by name, he’s definitely the Nerd Pantheon’s Hermes to Joss Whedon’s Poseidon (who can make a ship sink or sail with very little warning) and George R.R. Martin’s Hades (for he presides over grim shit and dead people). Gaiman is the nerdy trickster, whimsical, on the move, still providing wisdom from on high but mostly just creating things with a flair for batshit and little care for what could be considered normal. Gaiman is to books what Tim Burton is to movies (except he hasn’t overstayed his welcome and doesn’t have a fetish for Depp in white makeup).

So it makes sense that one of Gaiman’s most popular works is a novel talking about the modern interpretation and existence of gods. American Gods is a whimsical little take on modern society and the evolution of culture, with old gods adjusting to the modern society while new gods are born out of concepts such as the internet and television. It was a great premise and obviously ripe for the picking for a television adaptation. And, considering how well they’ve been doing with book adaptations on TV, everyone was kind of hyped when HBO picked it up.

Then HBO lost the option and said they couldn’t make the concept work… WTF? END_OF_DOCUMENT_TOKEN_TO_BE_REPLACED 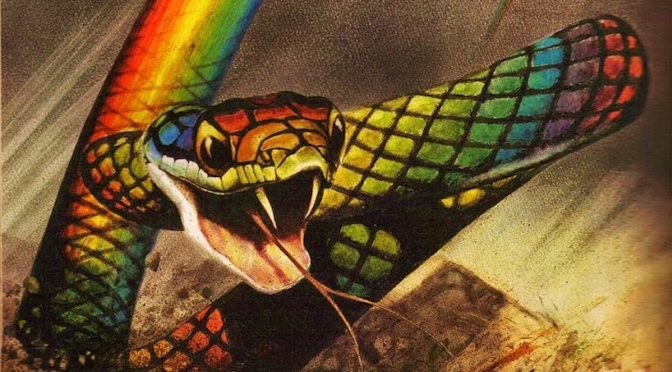 Australia, the land of things that prove evolution is a biological weapon arms race. But the people who live there and the culture that has formed there have produced some of the most interesting creatures to be found. What sort? Well they have a range anywhere from larger beasts based on the ones you would find in the mortal plane (which is hard to imagine in a place producing 20 foot crocodiless) to wilder, more fantastic creatures born of the imaginations of people who believe in something as mind bending as Dreamtime. 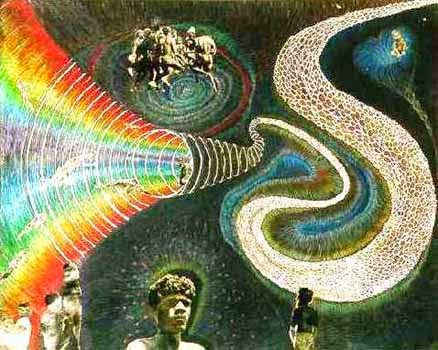 Aboriginal stories range from the mundane to the truly ethereal and the average Australian’s sense of “fuck it all” gives them a wicked sense of creativity (and humor, as you’ll understand down the list). So for this week’s Alternative Mythology, let’s take a look at something a little unusual with… END_OF_DOCUMENT_TOKEN_TO_BE_REPLACED 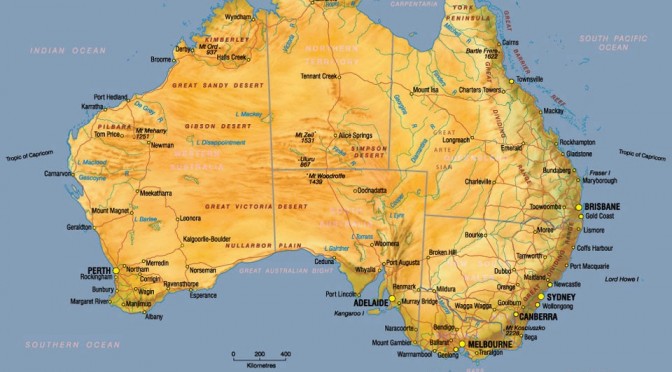 Continuing our Alternate Mythologies series, let’s change it up a bit and move to a different continent, one that’s both more naturally dangerous and yet never produced a Genghis Khan figure… potentially because something ate him.

In the late 18th century, the American colonies did something that wasn’t exactly expected by the British Empire: they threw tea into the ocean. Now, to you and me this may sound like a minor offense, but the empire, being British, was gravely offended. By some accounts there was a skirmish afterwards and to this day we Americans only enjoy tea in ironic fashion like a nation of Hipsters.

But the end result left the British with a new found problem. You see, they hadn’t been using any of their own land for prisons. After all, who wants to live next to thieves, murderers and drunkards? So what they’d done for a long time was send them somewhere far from anything remotely looking like civilization: Georgia. This makes a great deal of sense – after all, to this day the only signs of human settlement in that region is the city looking thing you see out the windows as you come to and from their really big airport.

But with Georgia gone there was a need to send them somewhere else. That place had to be isolated, far from anything that remotely looked like civilization to prevent the prisoners from feeling human or like they mattered to the crown. It had to be unimportant to the empire so that they wouldn’t be taking up precious space from something like a tea crop or the shops where they made those powdered wigs. But, most importantly, to make sure that this place was punishment it had to be completely hostile to human life. 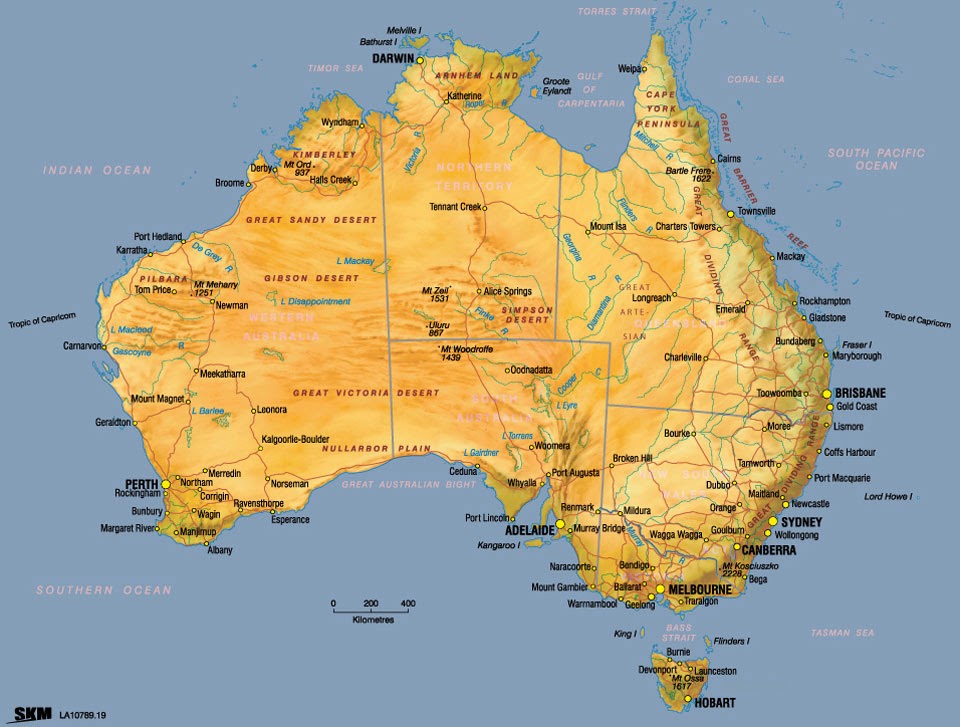 The answer came to them in a continent that had, to that point, only been known for being a peculiarity on sea maps that the Dutch had poked at a few times. Aside from that, very little was known about the place. After all, it’s hard to learn much when all you have are the terrified journal entries of the poor souls who’d wandered into the place like Jurassic Park. Still, before the bloodstains on the page it sounded like just the right place. So before long the prisoners were moved to their new home. END_OF_DOCUMENT_TOKEN_TO_BE_REPLACED 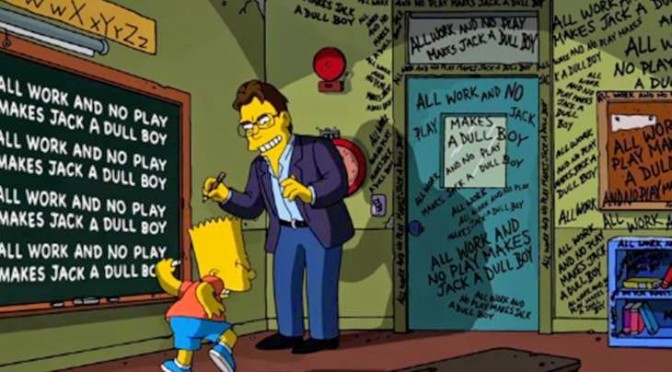 So, I had three different plans for today’s blog. Getting back on the horse is sometimes hard when you’ve stumbled. And, to be honest, I wouldn’t be surprised if no one’s reading this at the moment. But, a recent bit of sappy movie dialogue got me stirring again.

Some of you may have noticed I went MIA a couple times on this and hadn’t exactly been updating as I should. That’s to be expected in some circles and there are a lot of people out there who don’t stick to blogging or keeping these things updated. A lot of people even wonder why writers are told that they even have to do this. The fact of the matter is, I know my traffic to this blog and I know my book sales and there’s very little suggesting that this blog “works” for me some days. Meanwhile, I know George RR Martin has sold millions of copies and is considered one of the gods of the nerd pantheon. Despite that, this was his first tweet on Twitter:

I don’t tweet all that much, please check out my live journal page. 😉 #myfirstTweet
— George RR Martin (@GRRMspeaking) June 9, 2014

Seriously, Live Journal. So clearly the man doesn’t take the blogging too seriously (especially since his blog is called, I quote “Not A Blog”). But he hasn’t ever dropped the thing. In fact, I’d say he just got stubborn and decided not to budge even as Live Journal faded into obscurity. And, if it worked for him, it can eventually work for me too.

So, after a great deal of debate on what to make this post about… I’m just going to discuss what’s been on my mind and see how that goes.
END_OF_DOCUMENT_TOKEN_TO_BE_REPLACED