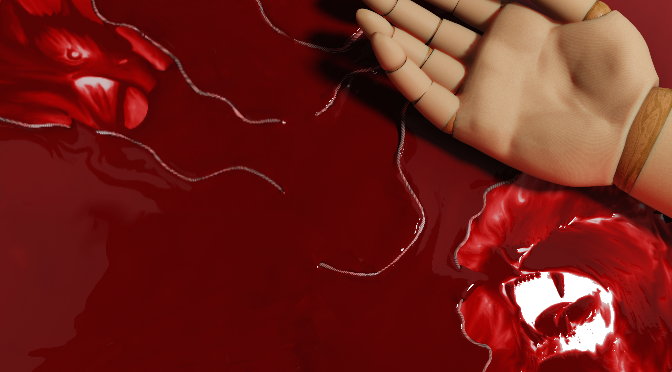 Summer afternoons in Seattle’s Fangtown are generally peaceful. Longer days and more sunlight tends to make a nocturnal population stay inside, after all. So what Agent Nathaniel Leone expected was to get his usual order from Ahab’s, catch up on the local news, hope that no one had encountered any hulking behemoths out in the woods, and ease into his “day”. What he didn’t expect was to have a gunshot shatter that peace right outside the shop in his very own neighborhood. Even more unexpected was what he found at the murder scene right outside.

With a crowd gathered around to gawk at the grisly scene, Nate discovers a shooter in an eerie trance. Snapping out of it, the shooter has no memory of what happened or anything else in the last day. Worse, she’s not alone, dozens of cases like her have been appearing all across Seattle and beyond and have caught the attention of the Alter Control Task Force. Driven to murder with no apparent motive, people are killing friends, coworkers, and even complete strangers with no idea why and no memory of how they even got there. Someone is clearly pulling the strings, and the lines seem to lead back to a familiar face.

Something always stood out about Marionette Corvid, the right-hand woman to the owner of the most popular club in Fangtown. Something about her felt different and her readings were never quite right, but she was never a priority. Now, as the mysteries of the recent murders unfold, Nate finds Marionette was hiding a lot more than her aura. Now, with her secrets exposed, she leads Nate into a darker place and puts him at odds with those he trusted most.

Available now at these retailers: