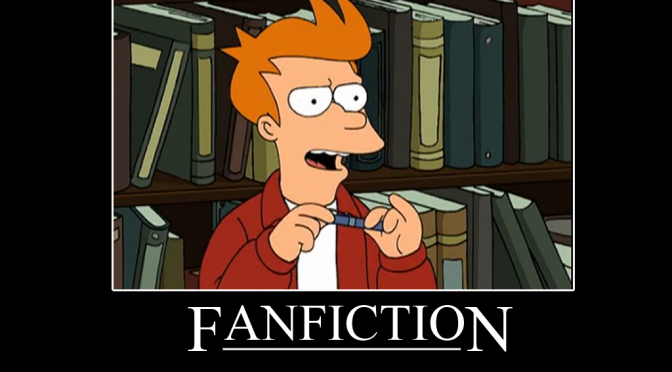 I’m going to break kayfabe here and admit something writers aren’t supposed to admit: we need to be liked. It’s a poorly kept secret, but if you ever ask someone why they write they’ll almost never admit that’s part of their motivation. Everyone, everywhere, has that same answer in their back pocket that can be recited without effort at the drop of a hat, “I do it because I love to write”.

But we need to be liked.

It’s common sense, but writers are trained almost from the start to pretend they don’t. We’re told that you have to write for the love of writing alone and that you shouldn’t crave attention. But none of us dream of being the guy who writes technical manuals, we dream of being Twain, Tolkien, or Rowling. It’s true you should never enter writing for the money, because Ray Bradbury couldn’t afford a car until he was 37 and Neil Gaiman never saw a dime from his first published book despite the fact it was a best seller. But we need to be liked to keep going forward. We don’t need to be liked by everyone, in fact a lot of us thrive off of being disliked by certain groups, but when life gets hard we need that pat on the back to keep going forward.

I jokingly wrote on my bio page that if you’re here and reading this then I love you. It’s only a joke because it’s funny and it’s funny because it’s true. If you’re reading this right now then you’re giving me a little bit of what I’m needing to keep going every day. And I write here to try to entertain you, like a dancing monkey. My goal with this blog, across all of the topics that I write about, is to try to make you fond enough of me to come back and see me dance some more. All of us do this, but we can’t admit it because that wouldn’t be “artistic” if we all admitted the fact we may be dancing monkeys. 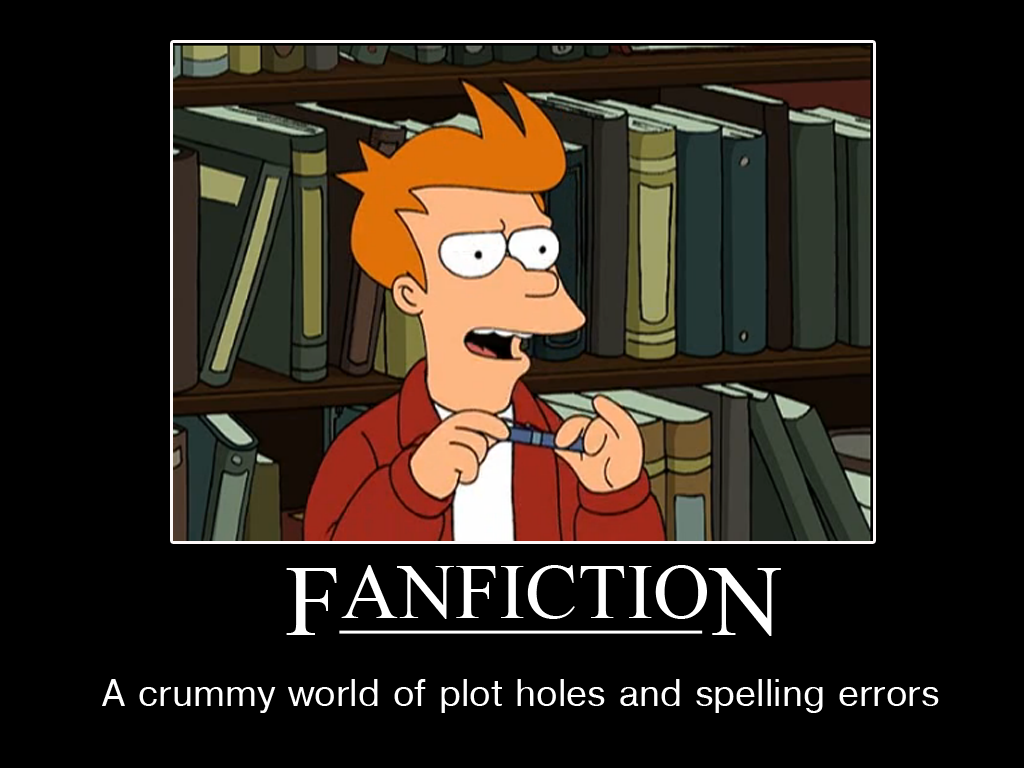 Recently, someone wrote a short blurb about the world of my novels from the perspective of one of their personal characters. It was a quick plug of my blog and not really too involved in my world in general, but it was still a pretty big effort on their part. When seeing this, I thought it was just a cute plug and nothing more. But a friend came to me just after and said, “congratulations, you got your first fan-fiction!”

I hadn’t even realized it, but I just got the first real piece of homage to my work. It wasn’t likely intended that way, certainly wasn’t presented in the usual fashion, but that’s what it was. It’s a bit of an honor, regardless of the exact circumstances, and I realized just how rare it is you hear people talk about that kind of honor. We like to snicker in public about some of the peculiarities of the community, even go out of our way to make light of it on shows like @Midnight, but we rarely admit without reservations that it’s an honor… because we’re ashamed to admit we used to be that person.

Almost every single writer I know has one thing in common, a dark and dirty little secret they wouldn’t ever admit in public. Almost all of us started with at least a little bit of fan-fiction. The fact of the matter is, the first contest I ever won for writing in my life (and the only one that ever came with a prize) was a fan-fiction competition. But to this day I know people who admit their beginnings in fan-fiction with down turned gazes and a bit of shuffling in their seats. We don’t like to admit it, because we’ve been trained to hate it.

I can understand on an intellectual level why some people would argue against fan-fiction. There are surely some issues with the community as a whole when you consider the most popular of the work to come out of fan-fiction tends to be the more tawdry offerings. But when you consider that a fan-fiction of Twilight became so popular that it got a movie deal, you have to admit that it’s not just a dirty little niche but rather a genre unto itself.

On the surface, we want to encourage people to have their own unique thoughts and we want them to walk away from some of the dangerously easy traps of the field. If you look for most Mary Sues and Gary Stus – fan-fiction is their homeland. It’s easy for the burgeoning writer to take a world that is comfortable to them, let their ego get in the way, and then start putting in original content that completely derails the project in order to feed some inner demon. So it makes sense for professional writers to look at those common mistakes and say, “no, it’s just a bad idea, stay away from it.”

Admittedly, there’s also a bit of author ownership involved. These are our characters, we don’t want someone else to touch them because they are -our- egotistical additions to a universe. We’ve become just as invested in our characters as fan-fiction authors become invested in what they’ve added and we don’t want to see people “ruin” our work in order to service theirs. That’s an understandable reaction, but not a fair one. The fact of the matter is, as professional writers, we often have to write fan-fiction ourselves, under different labels.

Any screenwriter out there is familiar with the concept of the spec script. For those of you not in the field, a spec script is essentially when a new screenwriter demonstrates their skill to work on existing properties by showing they can write a script which feels like something the current staff would write. The goal here is to show that you can write in someone’s voice and that you can capture the spirit of someone else in your work. If you’re successful, you’re then hired on to write in the voice of the show runner, essentially writing as a proxy of another person’s ideas. For all the prestige we may give to this occupation, it’s hard to deny that it’s professional fan-fiction.

Novelists have the same sort of arrangement in their earlier careers more often than not as well. For a novelist, Ghost Writing is just as much like being a staff writer on television – you are given directives by another person and are told to sound like them. A lot of good authors have gotten started doing that, a lot could even say some of their best or most successful work was a ghost written piece. Almost all of James Patterson’s work could be attributed to these people in the last decade or so, despite the fact he’s the one who holds the book on TV.

And in a third category of professional fan-fiction you’ll find the authorized licensed adaptations. Say what you will about it, but this is the most blatant of professional fan-fiction in our community. If you’re adapting a movie into a novelization or adapting a novel into a screenplay, you’re writing fan-fiction. But when a fan, a person from outside the profession does this, and happens to make some insertions of new characters, we tend to look down on them for having done it. Meanwhile, you see the same being done in film…and that person is given millions of dollars to do it and has some people backing their “bold choice” to include diversity into the cast of the source material.

Am I arguing that you should never include something new into an adaptation if you have a good reason? Not at all. But we can’t very well condemn the actions of the new writers while excusing the exact same actions being carried out by the seasoned professionals. If it’s okay for Peter Jackson to add a brand new character to The Hobbit for nebulous reasons (Legolas wasn’t supposed to be there either), then it’s okay for some random fan to do the same while trying to pay homage. If anything, we should encourage their creativity because that’s the thing that will eventually evolve to becoming something more.

I’ve heard fan-fiction being described as lazy, a meaningless hobby, or a crutch. But what I really think we could call it is a gateway drug. Fan-fiction is the easier starting point to pass through what we must all admit is a fairly steep barrier of entry. It’s hard to be a writer and to put yourself out there, 100% exposed. Not everyone understands that, but if you’re a legitimate writer then you definitely know it isn’t as easy as it looks. So why discourage people finding a way to ease into it, especially when a lot of us did the same?

It’s becoming more acceptable, as of late, for us to admit that we’ve done it, or that it’s okay when fans do it. I’m just asking that we try to stop gazing at the floor every time it comes up as a topic. Yeah, some people out there have written some pretty nasty stuff, and some fan-fiction is not of the best quality, but we all have to start somewhere and we’re still kind of writing it even when we do take it seriously. In fact, given the parallels between fan-fiction and some of the fields of work available to professional writers, I’m willing to go a step further and suggest that we should be teaching people how to write better fan-fiction to ease them into what they’re going to have to do as professionals. So I’m going to devote next Wednesday’s post towards just that.

In the meantime, I want the rest of you to realize that we should never really be ashamed of where we started. Everyone has to start somewhere. And, while it’s true that a lot of the fan-fiction out there is not very good, nothing an early writer puts to paper is ever as good as their later work. If anything, we should be embracing the people who try their best, show them the way, and realize making the same mistakes once is not a black mark on the rest of our career. In fact, if anything…

We should learn to laugh at our past mistakes, and recognize what we need to steer the next generation away from.

(I write novels now. It’s been about 16 years since I last wrote fan-fiction, but it’s only been about a week since I received the first fan-fiction for my novels. To that person, thank you for your little blurb, it was the pat I needed.)

One thought on “Fan-Fiction – The Gateway Drug”