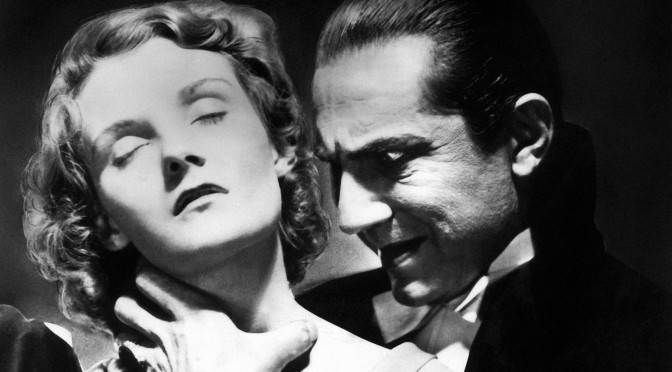 So you’re looking for a date and, if you’re one of those special people I spoke of previously, you might have a bit of anxiety over the chances that your romantic advances may be interpreted as reason to stab you with a sharpened piece of wood. Not that it would do any good, but they’d still try.

So let’s do a quick check on you and your behaviors and make sure that you don’t do anything we could consider… ill-advised, shall we?

As we covered last time, there are specific do’s and don’ts that you need to be aware of, specifically regarding not wanting to look like a douche bag from the Jersey Shore or, worse, an androgynous train-wreck. No towering hair, no spray on tans, no shark teeth.

Preferably, if you’re going to take your advice from the media, try to do it from the CW. Yes, they often have your kind killed (especially by those Winchester boys), but at the very least they make you look relatively pretty 9 times out of 10. Vampire Diaries, while not exactly the greatest of sources for examining society, is at least a good place to look for tips on how to look reasonably attractive to your targets. 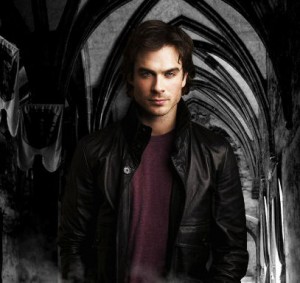 You don’t have to look exactly like anyone from that show, but it couldn’t hurt considering the CW’s long standing policies of being designed specifically to induce drooling in teenagers. Though, speaking of which…

I don’t care if you still look like a teenager even though you’re over a century. If you need to hunt for women who look your age, go to college. Do not, I repeat, do not, go for minors. This is not morally ambiguous, this is a felony. The girls you’ve been following are called jail-bait for a reason.

College girls are in the same generational span but they’re still A) more mature, B) able to drink and C) legal. And, in case you think you can get away with it just because you look 17, remember: they have police for you too. And this is especially important to remember for other illegal activities, such as…

This, too, cannot be stressed enough: There are laws against this. I don’t care what you saw in that movie that you saw because someone told you it was about your people. It was illegal. And, for most women, an extreme turn off. The only people who are going to think it’s charming are the teenage girls who I just told you not to be into and, even then, they’re not nearly as into it as the media has told you. In fact, if you really have to know everything about her, there are legal alternatives. 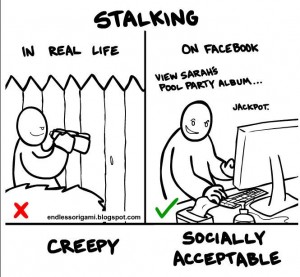 And, before you think we condone doing it on facebook: that’s creepy too. If you’re going to do it, do not let her know that you’re doing it. It would be a swift method of getting a restraining order. And if the restraining order does happen, for the love of god… 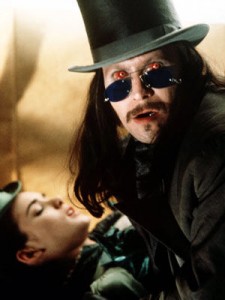 Yes, folk hero, most famous and iconic person in all of your kind: total perverted social outcast. Under no circumstances should you fly away with some village girl to your castle. You should also not invite them specifically for the purpose of eating and/or seducing them. First of all, this is simply the ancient equivalent of the man with the windowless van. Second, you should remember that this man has been killed repeatedly in multiple stories, films and television shows for this action. Consider long and hard before you follow his example about how often he’s been stabbed through the heart with a wooden stake, force fed garlic or beaten to a bloody pulp by a male dom in a leather thong. 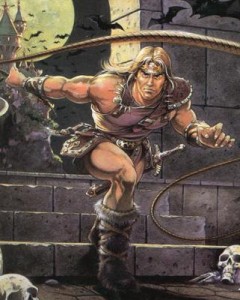 Up until a few years ago, this man was the absolute worst example you could possibly follow. Yes, he’s recently been surpassed by some younger upstarts. But, while those people have definitely lowered the bar, they have never been stabbed through the chest with a sharpened piece of wood. This was the pre-industrial society’s way of saying “I’m just not that into you” and you should keep that in mind. Also, despite all of the hero worship, he’s clearly made the style mistakes you’ve been warned against already. 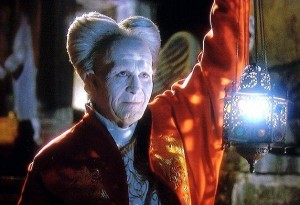 But, let’s say you’ve avoided all of these mistakes and have managed to get a date who is not running from you screaming or staring vacantly into space after you drugged, hypnotized or flashed her. You’ve managed to be invited home with her and things are going along swimmingly. This is a good time to remember the cardinal rule about safe sex…

5. No Biting (unless she asks) 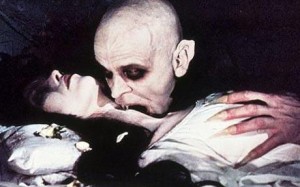 It is incredibly bad dating etiquette to take a bite out of your date in the middle of “whoopie”. There is no greater turn off than a gaping hole in the neck – besides possibly looking like this:

Some of them may ask for it, and if that happens, remember to be gentle. They don’t always know what they’re asking for. And, if you’re dating those teenagers (you were explicitly told NOT to touch in Rule #2), you should remember that they don’t always know what’s best for them. Hormones are a hell of a thing and they will drive someone to desire things that they shouldn’t: Tattoos, piercings, severe pain from being fed on by the undead.

Also, about the ones who ask: you should be careful to do some background checks. Some people, known as “convert wannabes” or “conners” are seeking you out to try to turn them. These people are usually not the clearest minded people and will act irrationally for the sake of trying to become like you. In fact, some have made videos about it:

If you’d like to see more about vampires who don’t sparkle and have to deal with the real world, read my books! Even with gunfire it’s still a better love story than Twilight.