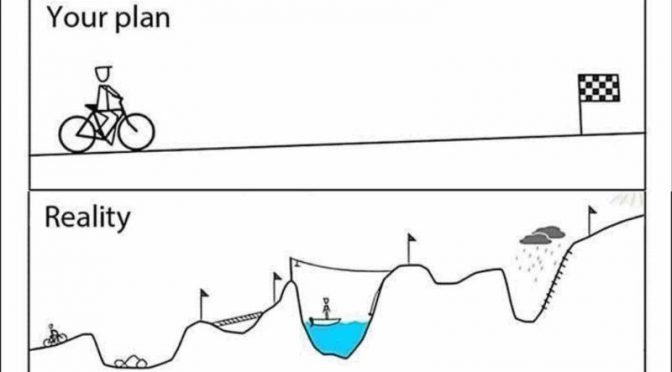 There’s something I don’t talk about very often but is well worth mentioning right now: I am a fan of Shark Tank. Yes, for some weird ass reason I really like watching startups and entrepreneurs try to get money. It started during one of my trips to Canada when I realized how amused I was by their version, Dragon’s Den, and I’ve been watching it ever since. And it’s not just Shark Tank, I’m into similar shows about getting an investor on board too because I like to see people come up with ideas, business models, and strategies and see if they can get someone to buy in. I’ve long mentally registered it as a form of research because someday, theoretically, I hope to leverage my work into a more complex business and, as an independent, I’m basically a business unto myself. But the reason why I bring it up is because of one of the things that often gets cited as a reason why this guy decides not to invest in certain businesses. 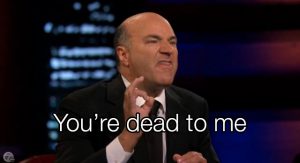 Keven O’Leary is the designated asshole of the series in two countries, both as a Shark and as a Dragon. And generally the reason why is because he’s the most brass tax of anyone in the show. It doesn’t matter how good your life story is, it doesn’t matter if you cry, it doesn’t matter if you’re helping hungry children in a third world country – Kevin wants money, Kevin is going to get money, and Kevin will shit on you if he doesn’t think you can make money. It’s really kind of ironic that he’s basically the public representative of a mentality that drives most financial markets and yet we only hate him because they set up a production and cameras. Mitt Romney basically did the same thing through most of his life and he was a successful politician right up until he got caught calling half the country worthless. But one thing that Kevin has said about certain businesses really rings in my head today.

You see, Kevin doesn’t invest in things that center on a single person’s talent. He doesn’t put money behind the efforts of one person. If it’s not something that can be replicated without that person, he doesn’t give a shit. And, he explains it in the typical fashion of a reality TV villain: “You could be hit by a bus tomorrow and I would lose my investment.”

And, frankly, today I realize that Kevin would never invest in me – and that I should avoid traffic… END_OF_DOCUMENT_TOKEN_TO_BE_REPLACED