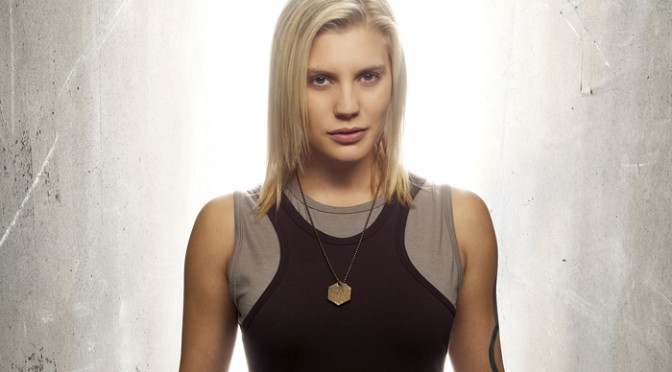 After reading some thoughts that the industry had on where the sci-fi genre needs to go in the next few years, I’ve found myself thinking about what the actual problems with the genre can be. It’s true that sales can be soft for science fiction work, but it’s also true that “we need less science in our sci-fi” is kind of a stupid solution. So, I’ve gathered some observations to see if maybe I can shed some light on the issue from the “outside”.

Truthfully, I was going to leave this observation for last. I’ve got about 3 or 4 things I feel are worth pointing out and this one I felt was the strongest one to go out on. But after some consideration and a chat with a near and dear friend, I’ve realized that this one really kind of leads into and ties the rest of them together. Because one of the biggest problems we have is assuming what will and won’t sell and preemptively avoiding it. And one of the biggest assumptions we have is just who does and doesn’t read certain genres.

If you look at some of the biggest successes in the last decade, you see that several of the authors have something that links them all: Two X Chromosomes. Think about it, aside from a couple of works from the likes of Dan Brown, most of the really popular books in the last 10 to 15 years have been written by women. Why is that?

And after some contemplation, I think I’ve come upon the answer to this and the key to this “mystery”. I’ll be honest, it wasn’t really that hard. Really it’s the kind of thing that should make sense to anyone. But after listening to industry types talk about what did and didn’t sell I’ve come to realize something “profound”:

Now, some of you reading this will look at that concept and figure it’s a given. In a rational world, you would be right. But after listening to some people talk about the subject I’ve come to realize the industry isn’t always so rational.

When I read one of the opinions that science fiction needed to abandon more abstract concepts to communicate with a more jaded audience, one of the examples given was “The Time Traveler’s Wife”. Now, as I stated in a previous post “Life’s Too Short”, Audrey Niffenegger sold a ton of those books and got a movie deal after being rejected over 25 times by agents and who knows how many different publishers before getting together with a smaller publisher out of San Francisco.

Is this unusual? Not really. A lot of the bigger successes have received staggering rejection before getting to print. But when you look at these you can generally find a reasoning behind the resistance to take a risk on it. Look at the likes of JK Rowling, the world’s first billionaire author. She was rejected so many times she doesn’t even keep track of how many times it happened. But when you look at the reasons why, you can at least understand it. She was trying to sell a 90,000 word manuscript for a children’s novel without any attempt for crossover marketing at a time when it was believed children hate to read. This was like someone showing up and going, “You know what kids love? Vegetables.”

So you start to ask, what was the reason she saw so many rejections? Was it because she was a first time author? Well that’s the common wisdom. But we’ve seen in recent years that first time author doesn’t necessarily mean blatant rejection if you have something people believe can sell. The Time Traveler’s Wife got a $100,000 advance, SOMEONE had faith in it. And we know books that aren’t quite as critically acclaimed have received as much if not more success. So, what was it?

Well, I have a feeling the explanation is simple. It was a science fiction story geared towards women. Generally, the common wisdom I’ve heard is that women don’t read science fiction. Never mind the fact that a lot of the best fantasy sellers in the last few years have been geared towards women and they’ve done fantastically – there’s still sometimes a perception that it’s not a “safe bet”.

Now I don’t know for sure that was the reason, but I have heard some strange things that suggest it to be true. The whole notion of “New Sci-fi” was brought to my attention by someone trying to sell the concept that it had to be less like science fiction in order to win women over. So what I can say is that my theory, while not proven, has a lot to back it.

It’s true that most science fiction and high fantasy stories of the past were driven by male perspectives and audiences. But, if we were to accept the idea that women don’t read these genres because of that history we risk leaving half of the potential audience on the table. Really, you never want to leave anyone behind if you can avoid it. If specific audience doesn’t read the genre, we should find a way to draw more of that audience in. After all, if we just disregard them as a potential audience and then find we aren’t selling as well as we could.

If we don’t really write things someone can read without being alienated, then how could we expect them to not be alienated? As my dear friend pointed out, she didn’t really enjoy science fiction or high fantasy because the women in the stories she knew fell into one of three categories:

Now, mind you, there are definitely characters in the rich tapestry of speculative fiction that break these molds. But what she was saying was that she expected to find these things more often than not. So, maybe we want to do more to round out those expectations.

This isn’t to say that you shouldn’t have a female villain or someone that could be considered desirable, those are parts that can be given to a whole. But that first one, the near useless, that impression’s gotta be dealt with. We don’t need to create nothing but a single archetype, that would be boring. But the women in our stories can and should be as varied as those we see in our lives. After all, these our our mothers…

Anyway, the point is, we should always consider if we’re leaving a viable audience behind. And, despite the history, a lot of people who do consider the point of view of women happen to find success with what they do. We can’t be expected to please everyone, it’s not like we can magically understand every possible reader. But the female reading audience that already exists isn’t necessarily asking us to start throwing out the female villains or write every story from the perspective of a teenage girl. Really, all they’re asking for is…

And that’s not all that hard to give. Sing it sister!

I write books. And I do my best to round out those expectations.