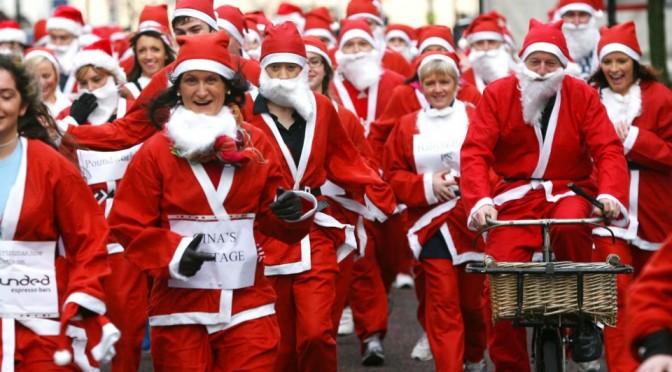 For too many years, there has been a narrative that there was some sort of culture war going on around Christmas. Certain talking heads, particularly the loud and uninformed ones, have spent a great deal of time trying to make it seem like anyone who doesn’t agree with them is trying to destroy the very foundations of society every time the Christmas season rolls around. But, let’s be honest, that’s not particularly new.

What is new is that we’re finding more ridiculous ways of being offended about every little thing that happens to roll around. It used to be that you could just show some good will towards each other this time of year and no one would give you crap. Yet, as we enter the age of information (and misinformation), things have become controversial that used to be perfectly fine. For instance, since when did “Happy Holidays” become an insult? What about “Seasons Greetings”?  Why are we pissed off if someone takes Festivus literally? Why do I have to celebrate your holiday, your way, when I don’t share your faith?

Can’t we all just…

Let The Spirit Speak For Itself

There’s been a growing feeling that any time you try to make Christmas “more inclusive”, you’re automatically trying to destroy it. Don’t want to assume someone’s religion by default? Heathen. Don’t want to put religious symbols on government owned property? Hate monger. Think that if there IS a nativity scene on public lands that you should give space to other religions to do similar for themselves? Satan worshiper.

Wait, that last one actually happened. 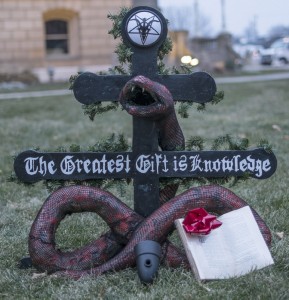 But the general consensus is that Christmas is under attack. The concept is a natural evolution of the idea that Christianity is under attack, something a lot of people believe. But one needs only look at the policy news and polling of the last few years to know that Christianity, particularly in the US, is still pretty much dominant. There are no laws being passed based on an atheist world view. There has never been a chance at Sharia law passing anywhere in this country. We have never witnessed a company being able to leverage their secularism as a means of getting a loophole in an existing law in the same way religion did this year.

So why, exactly, do people feel like they’re under constant attack? Because people are asking for them to open up and let others feel welcomed in the country too. Nowhere is this more apparent than in the talks about making the holiday season more inclusive. Any suggestion that Christmas, being so prevalent within our culture, should make some allowances for people who aren’t white Christians has been met with scorn on so many levels. We’ve even made phrases that don’t specify a holiday taboo, as if not assuming things was an insult. 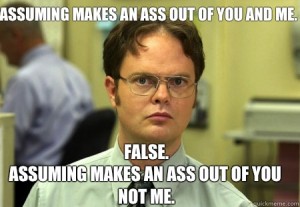 The thing is, once upon a time the Puritans shamed everyone else for celebrating Christmas in the first place. Faced with the idea that people would be having fun on what they figured to be a sacred day that required utmost respect, they tried to force everyone to line up with their personal view. And, as a result of this and many other stances, they were eventually urged to leave the country and go off for parts unknown. A landing on North America and a few centuries later, we’ve got a new batch of people telling everyone else that they’re not doing it right again. Those who do not know history are doomed to repeat it, indeed.

But a lot of this is born out of insecurity about themselves and their place in the world. Everyone feels like they need the things close to them to be guarded and left sacred for themselves. They need to be comfortable in their surroundings and they think that requires it to never change. Look no further than the adamant defense of preconceived notions just last year when Megyn Kelly told everyone Saint Nicholas was white, as was Jesus, and should always be white. 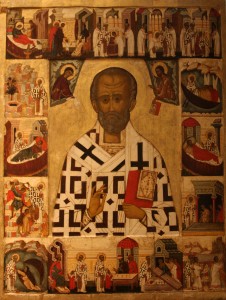 Now, obviously, Saint Nicholas was a Turkish Greek, and thus very tan or olive skinned. He was best described as brown, not white, and there’s no argument to be made about that. Even as a lighter man, by Greek standards, he wouldn’t be the Nordic fellow we know of today, that’s a contribution from Odin. So why would she go out of her way to say something so demonstrably wrong? Well, for the same reason the people she was responding to were suggesting a Christmas Penguin: everyone wants to be able to relate to Santa.

The thing is… I think both of them are wrong.

Over the centuries, this time of the year has been about everyone putting their shit aside (mostly so we can survive the winter). People took to saying Happy Holidays so that everyone could have some good will in the year, regardless of faith. The songs of the season often talk about putting aside past differences and grievances. Even the World Wars temporarily stopped once or twice for the sake of a little Christmas cheer. This is the time of year when we try our very best to follow the lead of Bill and Ted.

Now, don’t get me wrong, I understand the feeling behind the suggestion of the Christmas Penguin, but I still don’t agree with it. There is something to be said about having children feel like they can relate to such a prevalent figure. But in the course of trying to make the figure more inclusive, the author fell into the same trap Megyn Kelly did. In a short space of time, trying to voice a very real emotion, Aisha Harris made it clear that it was easier to relate to an animal than it was to relate to a human of another race. Is that really the direction to go if we want to try to include everyone? 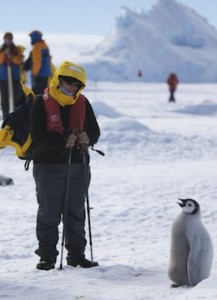 It seems to me that, if we want to make these holidays truly more inclusive, we need to work towards invoking the innate compassion within humanity. We shouldn’t replace Santa Claus with an animal to try to make him represent less of us, we need to go the exact opposite direction and make him represent more of us.

In the course of describing her feeling towards the Santas of two different colors, it became clear that Aisha had always been shown that Santa Claus was white by default, same as Megyn Kelly. But as I pointed out earlier, Saint Nicholas clearly wasn’t a white man. We made him the way he is now, we crafted him into the character he has become over time, folding in new traits whenever we needed. 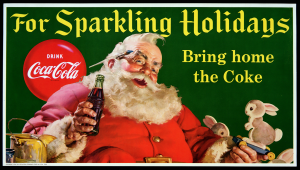 And throughout that history of changes, the people who have done these changes have been the artists and the writers. And now, as we watch these people bicker over the holidays, it might be time for us to make a few new changes as well. In my suggestion, it might be time to enforce the idea that the Santas of two different colors are not actually a “real” and a “fake” Santa, but rather two different faces of the same man.

We’re readily able to accept and make children accept the idea that he can go around the world in a single night and give gifts to millions (if not billions) of children around the world. We can accept that he can fit down a chimney without a problem. We’ve made people accept that his sleigh is pulled by flying reindeer (one of whom has a glowing nose). So why can’t we write, craft stories around, and make children accept the idea that Santa Claus, as a representation of the good will of humanity, will change his appearance to fit his surroundings? 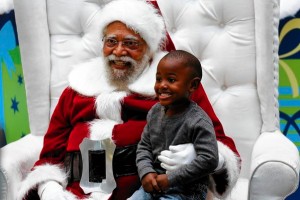 The trick might be difficult on Mall Santas, to say the least. But they’re often wearing fake beards to begin with – and are often outted by the craftier children, anyway. Many of the myths of Santa are leaning on the willing ignorance of those who will believe. So why should we restrain ourselves in what we say about this figure who is clearly bigger than his origins? He wouldn’t be the first fictional character to be able to change his face, probably wouldn’t even be the last. And most people love the other characters who do it. 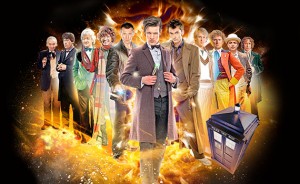 Regardless of difficulties, I’d rather see that sort of change than a change which strips the character of his humanity. The Easter Bunny is a reference to Norse mythology, an artifact of a religion from long ago, not an attempt to make Easter more palatable for all people.  But there is no rationale to adding a penguin to the mythology of a season that is about our ability to see the humanity in others.

As a light in the darkness.

Happy Holidays to everyone out there. If you’re getting an eReader this year, don’t forget my books. They’re not quite Christmas, but they are about our innate humanity.