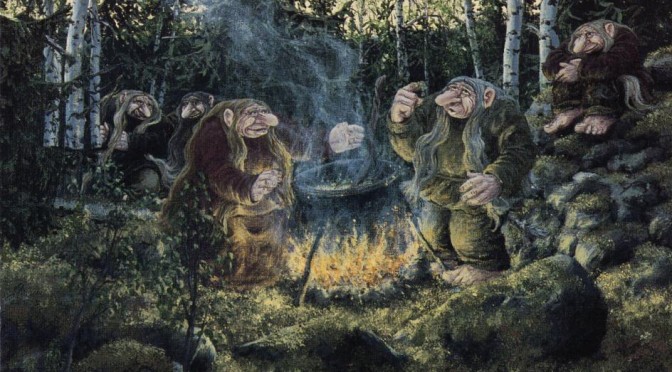 Trolls, bane of the internet! Found in almost every comment section known to man, Trolls are one of the most prevalent scavengers on the savannahs of the information super highway. Feeding on tears, hatred, and a feeling of self satisfaction that distracts them from their underwhelming penis – they are bad vibe omnivores. The only known natural predators of Trolls are facts, common sense, and being ignored.

And, in accordance with that, they’re not the ones I’m going to talk about today. 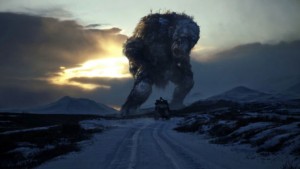 The far more interesting version of the word is a piece of folklore from our Scandinavian friends to the north. The Troll, a creature that comes in many varieties, is a fearsome figure of folklore known to live in dark places. The stories often depict them in caves or under bridges, asking riddles of those who would try to cross – especially religious figures. They can smell the blood of a Christian man and have been known to eat them should they enter the wrong places or answer those riddles incorrectly. They’re large, incredibly powerful, and nothing like the impotent little weasels we apply the word to today.

So, of course, if humans were to live next to these creatures they would have to have some form of weakness. Like their modern internet cousins, Trolls would just be too dangerous without some fatal flaw to let humanity go on with their day to day lives. And the standard tropes are mostly there: sunlight, lightning, divine wrath, etc. But what has to be the most profound of them all is their complete disdain for… church bells.

Yeah, that’s a “new” one…. END_OF_DOCUMENT_TOKEN_TO_BE_REPLACED