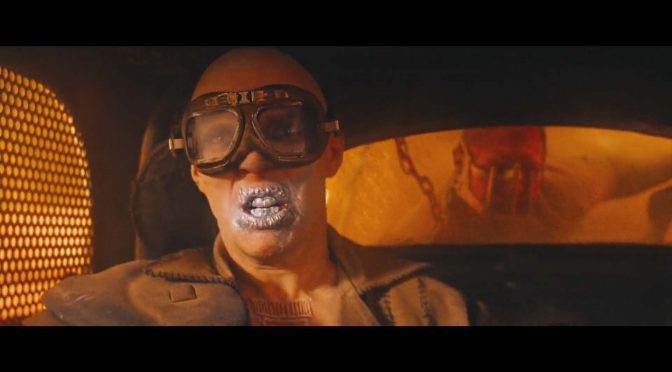 Every day someone has to get up and push themselves to get to work. Some days, that’s a little harder than others. And, I’m willing to venture a guess quite a few people aren’t feeling too great right now. I can understand why those people are a little stressed out. The environment is in shambles, it feels like a lot of progress we’ve made has been backsliding,  and the economy tends to be unkind to people in the wrong tax brackets. These are all struggles we share, and everyone has others struggles almost entirely unique to them. If we’re lucky, some of those struggles get easier over time. If we’re unlucky, a few new ones will come along to make the next day harder than the last. But if we’re really unlucky, something goes off the deep end and we find ourselves appointing a crazy hair madman as our leader.

Understandably, some people have a hard time getting up after that. There’s plenty of time to try to figure out what caused it, or what it means, and we’ve got some time to figure out how this is all going to play out. But for today, we have to remember that each new day is another day we have to make count. Even if you’re driving through wastelands, running for your life, you still have to get up in the morning and make your way forward. After all, the alternative is to give up and giving up opens up a fresh new form of hell. 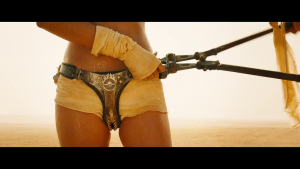 So, if you’re still alive when the world’s gone mad, you have to find a way to live in it… 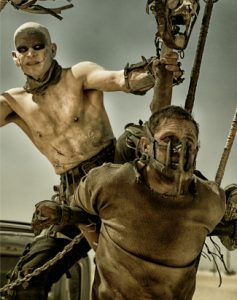 No matter how much it may ache to get up, staying down is usually a bad choice. When the world goes crazy and everything feels out of your control, the best thing to do is to start fighting to take that control back in whatever way you can. The best option when you have to fight to get back up is to come back stronger than you did the last time. You have to get up twice as energized and fight back twice as hard to take back the control. And that doesn’t mean having to take it back in big ways, but rather to take it back in whatever way you can. Every day that counts, every day that you make things a little better for yourself and others, is a step in the right direction.

There’s been a lot of things that have made us lose a little faith in humanity as of late. Too many people have lost trust for the systems that we have. We’ve watched it fail us on so many levels over the last few years and some of us are worried about how much further it can fail us in the future. Even on the small scale we’ve seen people try to latch onto things that they can believe in even when it doesn’t make any sense. Movements that generally have no logical course or purpose have taken off like wildfires while more genuine causes have fallen to the wayside because… hope hurts when it falls short of reality. And now we’ve watched an ape take the world by storm and, despite people’s best efforts, it wasn’t Harambe. 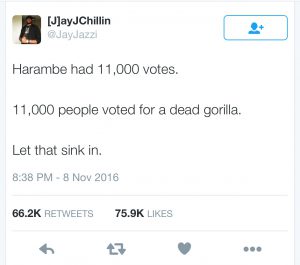 Still, we have to move on.

One of my friends is incredibly fond of a speech given by Neil Gaiman about how he feels people should respond to adversity. I’ve shared it on this blog before, and I’ll probably quote it again sometime in the future, because it’s something that people need to hear. It doesn’t apply to everyone, especially when broken down to the most memorable phrase, but most of my blog’s audience are creative types and writers. So that one line, especially at a time like this, finds itself right had home here. To paraphrase: when the world gets out of your control – make good art. 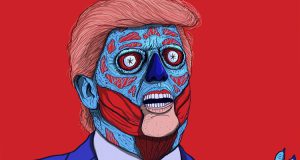 It’s a way people like us can take back a little bit of that control we’ve been losing lately. If you’re worried about the way the world’s going to be in a few months or years, this is the time to express that concern. If you just use these worlds to escape to something better, write the best escape you possibly can. If you need to demonstrate an idea you feel isn’t being shared enough, this is the time to do your best to influence minds. Whatever the reason behind your art, whatever the motivation, trying times are the times when it matters most. Some think we’ve now officially started our descent into the Planet of the Apes, but we still have time to establish humans are intelligent too. 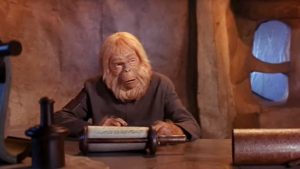 Sure, things are going to be a little grim for some people. There’s a ridiculous wall to build, after all. Never mind that it won’t actually do a whole lot but break the bank and probably become the most humiliating thing you can see from space. Try to ignore the fact that centuries from now some alien race is going to come by and spot that eyesore – mistaking it for a sign of our intelligence. If we’re lucky, the fact President Zaius doesn’t believe in climate change will mean that a good chunk of is monstrosity will be submerged by the oncoming tides. And for those who worry about missing out on their prospective future as a member of the war boys in this water logged apocalypse – worry not, we got you covered. 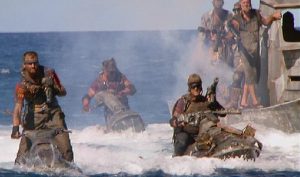 But these are also the sorts of trying times that will inspire the works of the future generations to come. And, as the current crop of artists, we’re going to influence part of how those future works turn out. The history books are going to be marking recent events as a sign of how we think, but the things we write, paint, and film are going to be a sign of the way we feel. The world’s not going to be ending any time soon, even if you may want it to, and it’s up to us now to get up and keep trying to make a difference in whatever way we can. In a couple years, the people feeling down right now are going to have another chance to set things right. It’s important, now more than ever, that we just get up and keep going forward – whether to make the next political movement, the next artistic statement, or just to keep on keeping on. That way, in the end, while we may be roaming the wastelands…

We’ll find a way to make ourselves noticed one way or another.

(I write novels, currently working on the third. I’m kind of relieved the election is over, despite how it turned out, and my twitter will probably be reflecting that soon. For now, keep on keeping on everyone.)