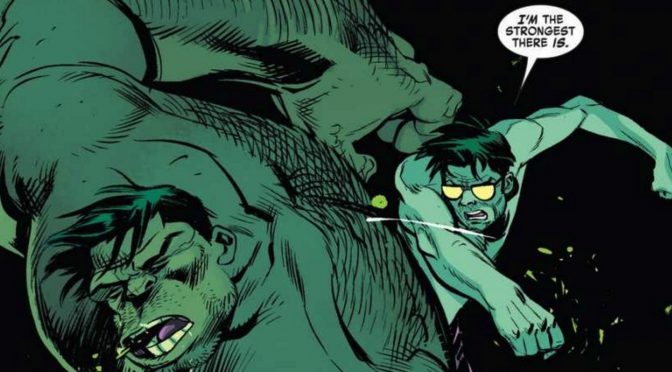 Despite their differences, every creative field has similar challenges. You have to have a vision to make it work, and often that vision has to be something really important to you. If you lack the sufficient will and determination, you’ll generally not get very far in whatever you’re trying to create. Whether it be a painting, composition, or a novel – you have to go in being a little bit single-minded. Distractions are easy, after all, and there may be people who want you to do something else entirely. There may even be parts of yourself, or outside voices, which tell you that you’re not good enough. As a result, finishing requires being able to tune all of that out and push forward despite almost everything.

This, despite how neurotic creative types may be, actually requires a great deal of pride, even ego. It’s not something we have all the time, but when it comes to our personal work we can be incredibly stubborn. In fact, quite a few of us have to train a sense of self-righteousness. It often becomes something of a monster – an inner asshole. We hone a bit of our personal ego and our passion for the project to craft this alter-ego which shuts out certain opinions and doesn’t care what others think.

Everyone actually has a version of this inner asshole, just expressed in different ways and to different degrees. We don’t like this side, but it still exists – giving us the ability to be egotistical enough to not be swayed from our goals.  The stronger it is, the easier time we have doing things that would otherwise scare us. Some would say that requires some sort of an emotional callous, but callouses are numb and this other facet of our personality is still pretty damn passionate. The greats are generally people who can turn this on and off at will, able to achieve a degree of tunnel vision when necessary but then shut it off when it’s no longer helpful. They keep this personality in check for as long as possible, unleashing it only when needed.

Unfortunately, this is a double edged sword. A lot of you already know how hard it can be to take criticism well, but there are other times in the middle of the project that we often overlook. For every determined artist there’s a moment where they’ll find their project in a place other than where they intended it to be. Maybe you’ve gotten half way through the painting and realized that it isn’t matching the image in your head. Maybe the natural flow of events in your story has come to a different place. Maybe the thing you were so attached to turns out to not work very well at all. At this point, those people who once had so much determination are now facing a brand new kind of problem.

You have to defeat the monster you created… 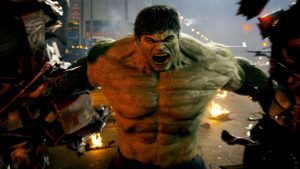 It’s a problem I’ve seen a lot of people face as they get far into their work – sometimes what you want isn’t necessarily what you need. Stories tend to evolve in a way that doesn’t necessarily go according to plan because we generally write according to what feels natural at the time. Sometimes a good line of dialogue will change the way a scene plays out, or we realize in the midst of our project that a character makes more sense another way. For the smaller details this goes by without a problem all the time, but occasionally a larger detail can become an issue with that inner voice. On many occasions I’ve seen people get stuck on an idea that long ago stopped working and struggle with letting go of that idea.

After all, that’s what we’ve trained ourselves to do.

The key to being able to move forward in this situation is to use that creative monster in another fashion. Too often we get caught up in the details rather than the broad strokes. There’s nothing really wrong with that in the step-by-step process of creating. In fact, it would even be encouraged to be detail oriented under most circumstances. But that stubborn pride, that passion for getting things exactly as you envisioned, has to be reeled back. Rather than being proud of the specific details that we originally intended, we need to focus more on being proud of the best outcome. And, despite our love for them, sometimes details we had in mind when we started just aren’t going to get us there. 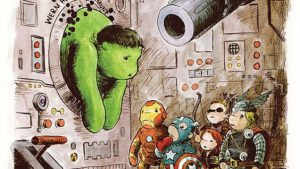 For many people out there, this sounds like common sense that anyone would have come to on their own. But I know from ample experience that there are creative souls who will agonize over trying to keep an aspect of their story as they originally intended even when it no longer has a place. Through great pain and anguish they have tried and failed to make the story work with their original concept (no matter how unimportant that concept may be). Inevitably, those people came away feeling exhausted by the whole thing. I’ve known some to even have momentary breakdowns over the problem, and it’s probably one of the hardest aspects of editing when you get to that stage.

And this is why phrases about “killing your babies” or “killing your darlings first” are so common. It’s hard to understand until you come to that situation because, generally, when we like something enough that we want to keep it – the audience will like it too. But what they mean in that phrase is that sometimes the thing holding your project back is the aspect you put in simply because you couldn’t imagine letting it go. It’s painful on multiple levels when you realize that detail you were so attached to is actually a weak part of the story, but even worse when encountering that feeling causes you to lose all progress. That pain is that little asshole you trained to shut out interference now turning against you. And it really doesn’t need to hurt you. 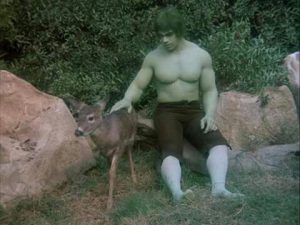 The fact is, deep down, what any of us really wants is to just have people like our story. However we get there, we’re going to be happy if other people are happy with what we made. Sure, there may be things we were disappointed in, or didn’t feel lived up to our expectations, but that’s because most writers also have a heavy dose of self-doubt. Essentially, we have three personalities and all of them dislike each other but that doesn’t mean they have to be enemies. As the saying goes, the enemy of my enemy is my friend – and in this case the true enemy is failure.

Our pride doesn’t need to be wounded by giving up the thing we were attached to. You see, the thing a lot of people who have this conflict tend to forget is that the reason it became the weak link is because everything around it is so much stronger. That material the detail is holding back? That’s all your work too. You’ve made something that’s better without the detail you were invested in, you’ve outdone your expectations without meaning to, and if you can focus that little monster of pride and ego on that aspect rather than your original expectations you’ll find yourself more comfortable with taking something out for the greater good. Sure, it means that your original plan wasn’t quite right, but it also means that what you’re getting has grown beyond the limitations you set on yourself.

Keeping this in mind, while it should be common sense, is something I’ve noticed too many artists desperately need. Being able to let go  and realize our original idea wasn’t as good as what we got is one of those milestones towards becoming a seasoned writer. You aren’t really letting go of that inner monster of pride and passion, you’re just learning to target it towards the greater good. It’s still there to keep people from swaying you off of your primary goal. It’s still there to quiet that self-doubt telling you to stop. But instead of being in your way, it’ll be on your side – which is the best place for it to be. Because, while it can be a real pain in the ass, properly trained…

It can get past almost anything.

(I write novels. Well, no, my inner monster does. All I seem to write without him are this blog and tweets.)