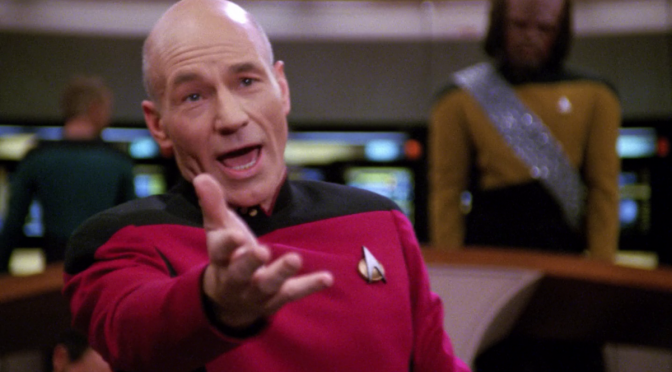 As I’ve been saying for a while, intellectual property laws aren’t exactly as clear as everyone thinks. They’re surprisingly subjective at times, even going so far as to make it possible for straight up piracy to sometimes be considered more legal than some non-profit fan productions. The parts of the legislation meant to protect those fans are also pretty subjective and provide no real protection until entering prohibitively expensive court proceedings. There are some corporations who have, either intentionally or unintentionally, abused this system as a result – some even lobbying for it. And, unfortunately, the whole thing gets murkier over time as it gets constantly reshaped by lawsuits – sometimes permanently and in unexpected fashion.

So it was with a great sigh of relief that the lawsuit between CBS Paramount and Axanar Productions ended up settling out of court. Regardless of what side of the issue you fell on, the lawsuit was actually pretty important. The core of the issue wasn’t so much the legality of Axanar itself but what the ruling would do to copyright laws. Even those opposed to Axanar were dreading the potential ruling as it would have left a mark on fan productions and intellectual property rights for years to come. If the court ruled in favor of CBS Paramount, fan-productions as a whole would have been irrevocably damaged and a legal framework would have existed to apply that to anyone’s properties. Meanwhile, should Axanar have come out on top, it would have been yet another in a long line of loopholes letting certain individuals do whatever they wanted so long as they could afford the lawsuit. Either way, whoever won, every other creator out there would have lost in some fashion.

It was because of this that people like myself were confounded by the lack of a Cease & Desist prior to the lawsuit actually being placed. Though incredibly unpopular, the Cease & Desist letter is generally the go-to route for situations like this and the lack of one is generally a strange anomaly that raises questions. Some were under the impression that it was because CBS Paramount was obligated to sue, but that is actually not quite true and is based on assumptions from other IP laws. Instead, it was just something they decided to forego. Supporters of CBS’ actions pointed out that the C&D isn’t a legally binding act.

But, of course, that’s exactly why the C&D is usually the first move… END_OF_DOCUMENT_TOKEN_TO_BE_REPLACED 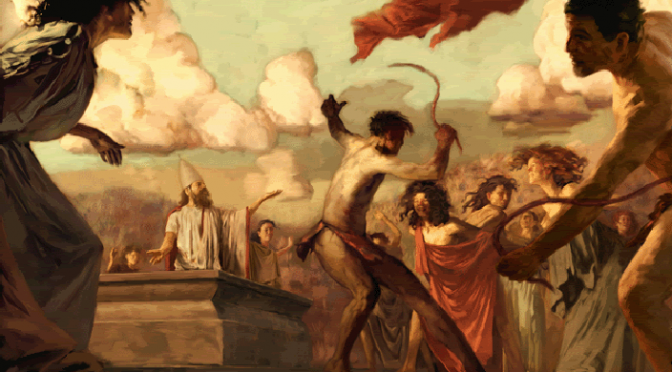 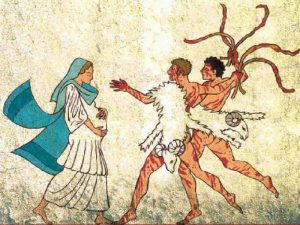 Just one problem: it would appear that the connection doesn’t really exist… END_OF_DOCUMENT_TOKEN_TO_BE_REPLACED 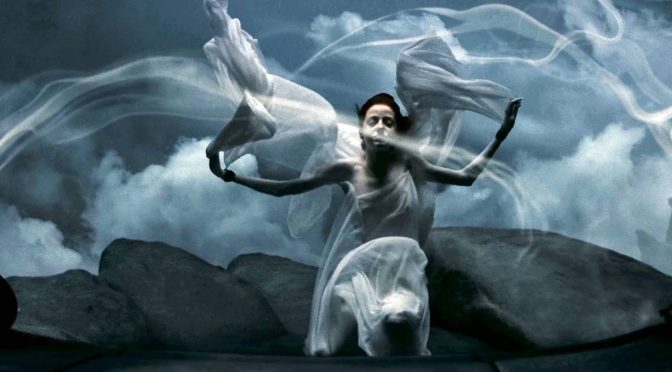 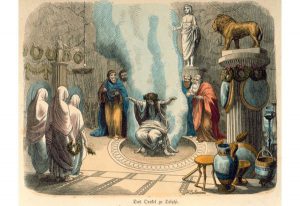 Priestesses of the gods, the Oracles were seen as direct connections between the world of mortals and the beyond. As a result, they were one of the great authorities in the otherwise patriarchal Greek society and several others who would have otherwise ignored the advice of women. Considered practically infallible, their words carried weight with people from all walks of life. They were consulted by everyone from common citizens to even kings as they dispensed wisdom and advice thought to have been supernatural in origin. And, while being genuinely documented in the historical Greek civilization of antiquity and several others, their powers have often been up for question.

Did they truly speak to the gods? Were they simply skilled at reading people and telling them what they wanted to hear? Or was there something else happening that no one could understand at the time? 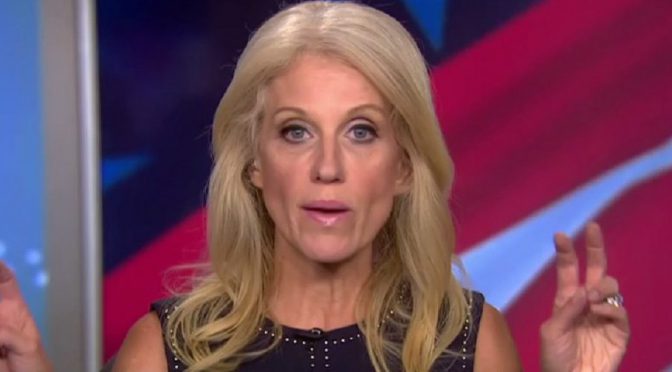 For years I’ve had a bit of a running joke that I tell even if people aren’t in on it. It’s often rumored that talking about your goals will actually give you an inflated sense of accomplishment. So, as a writer who hasn’t really had a huge amount of success (yet), I tend to rely on self-deprecation to avoid actually stating my goals out loud. Don’t get me wrong, I remind myself every day that I’m a writer and that’s what I want to be, but when I talk to other people I try to make sure I don’t get a big ego about it. We’ve all met that guy who says he’s writing a screenplay or novel and thinks that means the world should kiss his ass. I never want to be that guy, so I make sure to label myself appropriately.

Because that’s what you have to be if you’re going to be working in fiction. You have to be able to craft the most unbelievable bullshit into something people become invested in. You have to sell people on notions that you just pulled from the aether (or straight from your ass), and make them want to pay you money for it. It’s a skill that’s easy to learn but hard to master – a field where everyone feels they should be able to do it but only so many can actually pull it off. And that perceived ease of entry is part of the problem for guys like me.

See, writers, by and large, have to sell themselves as much as possible to get people to look their way. But, since there are so many of us out there, it’s hard to make that happen in short order. Most famous authors and screenwriters didn’t really have a major break until their 30s when many of those started trying earnestly somewhere around high school. There are always a few modest writing gigs here or there, you’ll make some headway as an intern if you have the right connections, but for the most part you’re just hoping you manage to out-shine someone else’s bullshit. Unfortunately, recent events with some politicians derailed my efforts for a bit and I was a little upset.

But, sometimes, you just have to tip your hat to a true bullshit master… END_OF_DOCUMENT_TOKEN_TO_BE_REPLACED 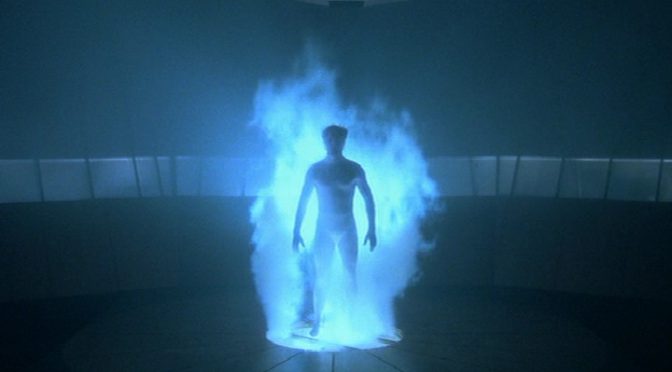 As winter fully sets in and we crawl on towards springtime, I find myself reflective every year. In part it’s because my birthday is right in the middle of it, a moment where I have to acknowledge the passage of time and can’t help but take stock. That’s not say it’s a particularly deep time, sometimes those reflections are petty at best, but I can’t help but think about how events have unfolded. And, while not as much personally has changed as I would have liked, I can at least say that I’ve always done my best to grow. I pride myself in keeping an open mind, being willing to hear out other points of view, and change my stance when I’ve seen sufficient evidence I was wrong. In my mind, allowing yourself to change, grow, and find improvements is admirable. 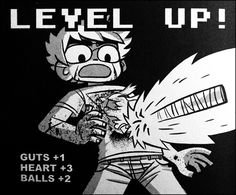 But one thing I’ve learned over the years is that change for the sake of change is often counter-productive. Even with the best of intentions, a lack of a plan or a lack of a reason beyond “it needs to change” will generally lead your efforts down the wrong path. Growth and progress generally require forward motion, where as simple change can be perfectly sideways instead. And the problem with going sideways is that it often isn’t really fixing anything so much as it’s just making it “different”. This applies to all aspects of life: whether it be your personal habits, politics, or even your work.

As writers we have to accept that change is necessary more often than we’d like. Sometimes this is a matter of editing, or the occasional ret-con. These are, while painful, a simple act of identifying the problem and fixing it. But other times there are changes where it’s much harder to identify the next step or the correct course of action. These are a greyer area, somewhere you can actually come away making bigger mistakes. And, because of the risks involved, it’s important that entering these changes requires we have a solid plan of action.