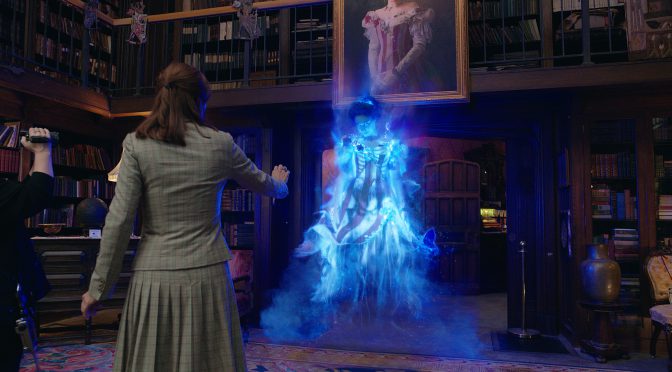 Over the years on this blog I’ve said some things I later came to second guess. It’s not so much that I lack confidence but I’m not a person who rejects evidence against my opinion just to soothe my ego (profound as that ego may be). I’ve long felt that writers need to be able to admit when they’re wrong so that they can take criticism and learn from their mistakes. So every once in a while, I have to question previously held opinions and see if maybe they were wrong. Sometimes, I review the opinion with the new evidence, find that the original opinion was right, and move on with my life, and other times I find that I missed something and needed to revise my stance.

One of the opinions that I’ve had to review in the last year was my stance on the 2016 reboot of Ghostbusters. For those who have been long time readers you may know that when the first cast photos were released I wrote that the direction of the film was probably for the best. I argued that Ghostbusters 2 (an “okay” movie) had shown that following the same characters again was probably a bad idea, that no one really wanted to make the third, and that no one was really serious about wanting to see a third either. In my estimation, at the time, a fresh start with a new direction was the way you could revitalize the franchise and that what I was seeing was an effort to breathe new life into an old property. But, over the course of the next year I started to hear things from behind the scenes that made me wonder if I’d missed something.

It got worse as the film released and I came to see the reviews. Though critics were generally positive towards it, the positive reviews were lukewarm. Time and again, I saw positive reviews that said the movie was average – “good” but not “great”. One article I read even stated that being average was a good thing, possibly even better than being a smash hit, because it paved the way for women to make more “okay” movies. Suddenly, thanks to information I’d learned over the year and the arrival of the reviews, I started to have a sinking feeling.

People I knew who were enthusiastic for the film started to lose interest and it just kind of fell off the radar. While some people were still excited about it, the reviews, the box office, and the general energy after release were clear: this wasn’t quite the big deal it should have been. So, I have to admit, I didn’t watch it right away. But now, two years after writing that post and a year after the film hit theaters, I have actually seen it and I have finally come to a conclusion:

The cast was good, but the script might have needed another look… END_OF_DOCUMENT_TOKEN_TO_BE_REPLACED