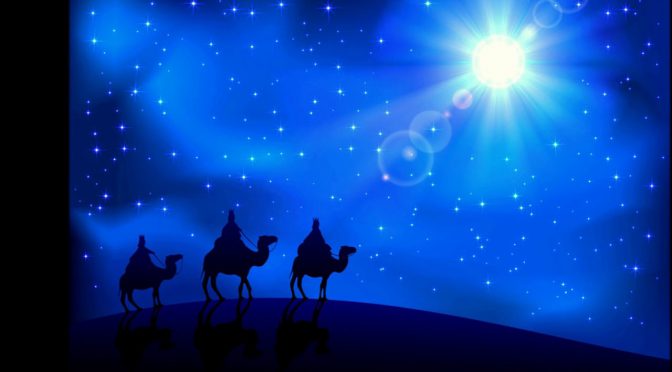 When I was a kid, there were these commercials where a kid would tell the story of the birth of Jesus and then would say at the end that it’s the “reason for the season”. Even as I type it now that little cherub-like voice rings in my head. The kid that narrated that is probably middle aged and doesn’t even remember doing it now even though I do. But the thing is, the kid was kind of wrong, because this season has always been important to people in the northern hemisphere. 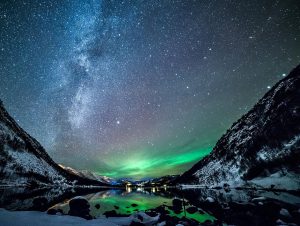 People in recent years have gotten a bit upset over the concept of “Happy Holidays”, but when you look at the history of mankind this time of year is full of holidays. Saturnalia, Hanukkah, Yule, and so many other festivals crop up in the dead of the winter months. And for all the argument about Christmas, the fact is that none of these holidays is any less valid than the other because all of them are really celebrating the same thing. As the world grows darkest and the harsh winter months are still ahead of us, humanity banded together to celebrate one thing above all others… 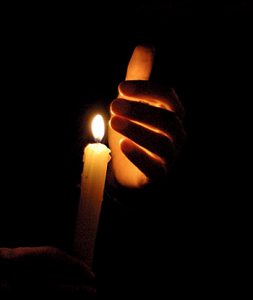 As I sit here today I realize that the majority of people who would normally read one of my posts won’t even be online as I first post it. This will go up on December 25th and there is no reasonable expectation that anyone will stop by my blog when they could be having a bit of Christmas cheer. But, by the same token, I know that some of the people out there who would normally read this blog are still going to read it because their day isn’t quite as cheerful as others. There are people out there who are alone on the holidays, and there are others who just aren’t that into the concept itself. And I figure, if those are the people who are going to be reading this, I may as well take the opportunity to talk to them.

Over the last several weeks I’ve found myself in a fascinating position. Despite feeling like warmed over death (I live in what has effectively become the home of Los Angeles’ smoke), I have had to dust off my optimism hat for people who are just feeling a little down right now. One fellow in particular was worried for the future, believing that civilization as we knew it was going to descend into a bleak dystopia. And, while several of his concerns were valid, I couldn’t help but think about how many more things would have to go wrong before we got there.

It’s true, right now, that some people are feeling terribly down and see this time as this prelude to the end. We’ve had a rough couple of years, so much so that the same people who proclaimed 2016 the “worst year ever” are now saying the same of 2017. But as I pointed out some time ago, it wasn’t all that true back then and it’s not that true right now. Yes, some things have gotten markedly worse this year than last year, particularly in the political sphere – but giving up all hope on the future means giving up hope in people. And, while those of you who are feeling down may scoff at the concept, I have faith in the good will of people eventually overcoming the bad. 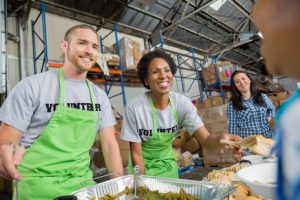 Some think, because we see so much bad out there, that the bad intentions outnumber the good. They look at the news and they see all these stories of horrible people doing horrible things and they think that represents the world as it is today. But it’s important to remember how far outnumbered those ill-intentioned people actually are in this world. Picture the ugliest thing you can think of right now, outside of warzones, and think of how many people perpetrated the act. Generally it’s one or two, sometimes up to a dozen, but when removed from warzones you find that it’s generally a small group of people doing bad things to a much larger group. And then, thinking about it further, how many people came out against those same people or came to the aid of someone else? 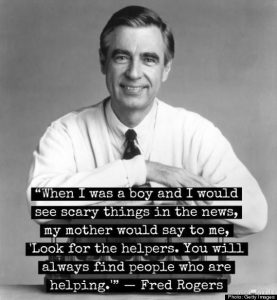 The truth is, for all the things that we worry about, there’s always hope for the future. Things that make our world a little bleak today aren’t here forever, and a lot of them can be overcome by having enough people that care. Yes, finding people that care can seem difficult, but generally that’s because those of us who care are the same people who think no one else does. We get discouraged, and it takes some recognition that we’re not alone to bring us out of our slumps. But the beautiful thing about humanity is that, when our backs are against the wall, we have a remarkable ability to come back from almost anything. And, as hard as it is to see it sometimes, that includes our personal problems.

This year was a year where I watched someone single handedly sabotage years of my work without even knowing who I was. Another person found success using a concept that I tried to launch years ago, forcing me to watch an idea similar to my own sprint on past me. I spent a couple months shelved by injury and illness, and for now it looks like I may not see a time when I have clean air for at least another month. If it weren’t for pills, caffeine, and the blessed joys of steam, I’m not sure I would even be typing this right now.

But, when humans have their backs against the wall, they have a remarkable ability to fight back.

I’ve said similar several times this year, in what are essentially sappy blog posts directed towards a handful of people I talked to that were a little down. One could even say that “pep talks to the void” has become a regular segment around here. But in each of these times I was reminding myself just as much as I was reminding others. We don’t really lose until we give up. So long as we refuse to give up, we still have a chance to get somewhere. Maybe things won’t turn out exactly how we planned, but what we get on the other side is still worth something so long as we kept fighting for it.

During my relative quiet period in the last few months, a time when I’ve been fighting to get caught up on projects so I can make 2018 better than 2017, I ended up watching Bruce Almighty again for the first time in years. It’s not some great enlightening movie, I wouldn’t recommend going to it to get a fresh new worldview, but there was a scene in it that reminded me of something I needed to take to heart. After having the powers of God for some amount of time, Bruce is handed the somewhat hamfisted moral of the story that the real miracles of our world lie in the efforts of people who are giving it their all. It’s not exactly sophisticated, in fact it’s downright cheesy, but I had to admit that it had a point.

It’s true, we can’t fix everything, and sometimes simply trying and not giving up isn’t enough, but the fact we keep trying is what will eventually make the world a better place. There’s still hope for us – as a people, as individuals, as a planet – so long as we don’t lay down and give up. So long as we’re still willing to get up every day that we can and give it as much effort as we can, there’s still hope. And, while I have made a habit of making these pep talks in the last few months, I feel like doing it one last time here on a day devoted to hope, during a season devoted to hope, can’t really do any harm. And, if you’re looking at this page on a holiday, there’s a good chance that you’re up against a wall too. So I’m doing the sappy pep talk one more time this year to say that you’re not alone, that there are people who care, and that so long as we don’t give up…

We have a chance to be the miracle.

(I write novels and dabble in screenplays. In fact, coming up in January there’s going to be news on those novels that I want you to look out for. It’s time to hit the ground running again. If you want to get the latest news on that, go ahead and follow me on twitter.)