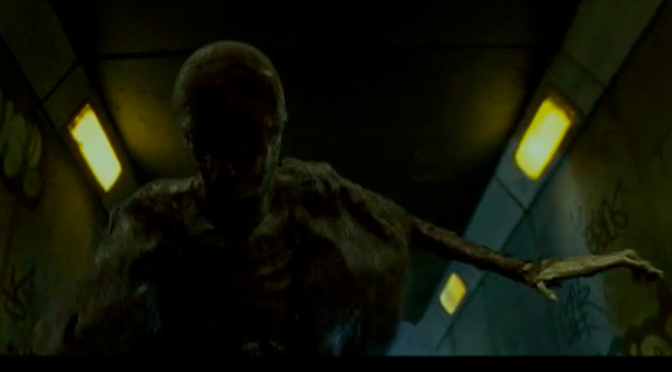 Being a speculative fiction writer, or a genre writer of any sort, is an interesting experience because of the strange grey area we’re all placed in. We’re simultaneously the easiest to label and yet the hardest to classify. There are only so many variations on something like “drama”, but you can get pretty specific about what kind of sci-fi you write. Are you writing a hard sci-fi space action adventure? How about a soft sci-fi/fantasy space opera? There’s a lot more words for our facets than the “non-genre” works as the most specific they get are labels like “dramedy”. And yet, funny enough, it’s also surprisingly hard to figure where you really fit despite all of these available labels.

I felt the sting of this myself in the past. My own work has often been a bit of a blend between different genres. My books have been a kind of crime/mystery sci-fantasy – which can be a pain in the ass to identify to a book market – and I know I’m not alone. But it gets stranger when you consider just how often a trope can be shared across multiple subgenres but “claimed” by a specific one to such an extent that people may misidentify you by default. Does including vampires in your work naturally make your story fantasy? What if they’re alien vampires? 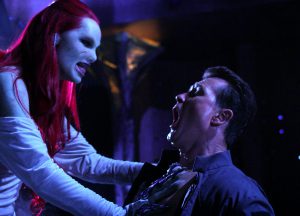 So a problem arises that is difficult to counteract but almost inevitable: Sometimes, people are going to get your genre wrong and change their opinions of your work accordingly. 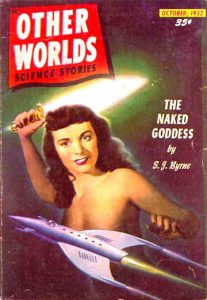 Though genre is usually only important as a matter of advertising, and most people go into a story knowing full well what they’re in for, sometimes a person will stumble onto your work mostly blind. When that happens, there’s going to be a chance that they’ll take some of the early indicators made available to them and make assumptions on what your intentions are. And, while 9 times out of 10 this will make it pretty clear, there are times when a few of those indicators are shared across subgenres and can plant an idea of what it should be without necessarily matching with your intentions. For instance, using an example I’m sure most of my readers have seen, imagine if someone was living under a rock and happened to see the opening scenes of Order of the Phoenix. 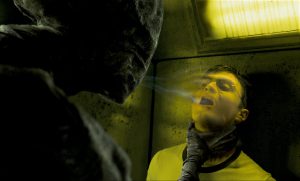 Without the whimsical theme song and the eventual banishment of the Dementors, you could come away from this with the idea that it was horror movie. Even in including those details, it could feel like dark fantasy rather than a more traditional fantasy where the Harry Potter stories have always sat. And if you were to approach the Harry Potter books and films with the idea that it was a dark fantasy, with the full expectations tied to it being dark fantasy, you may actually have a pretty low opinion of the story. Harry Potter is a solid fantasy story, even if some could debate there are better, but as a dark fantasy it’s generally been too hopeful. And as horror or thriller? The boy who lived survived by love, and he beats back the terrible spirits with a manifestation of light on more than one occasion. 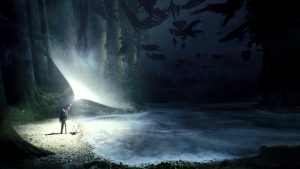 When using an example like Harry Potter, it can be hard to think that people wouldn’t eventually clue in, but how long does it really take them to do that? How long could it take for someone to catch on that their expectations were incorrect? For something like Harry Potter, it doesn’t take long because it’s so well known that even someone going in blind will set those expectations aside. Effectively, Harry Potter is a genre unto itself and that means it gets to have dark fantasy elements comfortably sitting next to traditional fantasy without much problem. But that wasn’t always the case and the way that franchise and those stories were structured really show us how you can blend those elements without giving people the wrong idea.

The earliest entries in the franchise are lighter, less severe, while those towards the back end start to feel dangerous in comparison. By starting with a more whimsical approach and slowly bleeding in the more threatening elements over time, JK Rowling and those adapting her work established the genre’s core early on and then eased people into the idea that the world has some terrible shadows at the fringes. Often even within a single story, the Harry Potter stories establish that the fantasy is their core and that the terrifying figures lurking in those shadows are the threat to the lighter elements that form the heart of Harry’s world. So, rather than being dark fantasy, Harry Potter is a fantasy world that is doing everything it can to avoid becoming a dark fantasy, and most people are going to understand that so long as they don’t enter it in the middle of the franchise.

But, what if the confusion could happen in the first entry? What would happen if something disturbing was in the first pages of the first book or the first minutes of your movie? Even there, we see a little bit of a hint at how we can steer away from something like that.

The very fact that the spell Harry uses to banish the Dementors is one of pure light and hope actually does a pretty good job of telling the blind audience what they’re actually in for. There, in the time when the story seems most like a terrifying ordeal, Harry produces this fantastic light show which doesn’t fit within the contexts of a horror and may make people have second thoughts. It may only change their expectations from horror to dark fantasy, but every other instance of a lighter element can help reel it back later. Effectively, while it doesn’t completely demonstrate the lighter side of the world, it at least hints that it exists. And, frustrating as it might be, sometimes that’s what we have to do too.

Done improperly, this could have been a bit of a de-escalation of the story. If you had the feeling that this was a horror or thriller, the fact that this encounter nearly killed Harry and his cousin would make you expect that they should be on the verge of death for most of the story. If he had defended himself in any other way, the genre expectations would have remained the same and people would have been disappointed in return. Pushing them away with a less flashy spell, teleporting to safety, or any number of other less spectacular defenses would keep it firmly in the idea of a very dark fantasy bordering on thriller. But by blasting them away in such spectacular fashion you avoid people expecting the darkness to be the overriding element of the story and thus, rather than subverting the tension of a horror, you’re pointing out the potential threats that lurk within this fantasy world.

Don’t forget to include a little bit of light.

(I write novels and dabble in screenplays. Currently, I am working on getting some of those back into the public eye. To find out when that happens, be sure to be following me on twitter.)