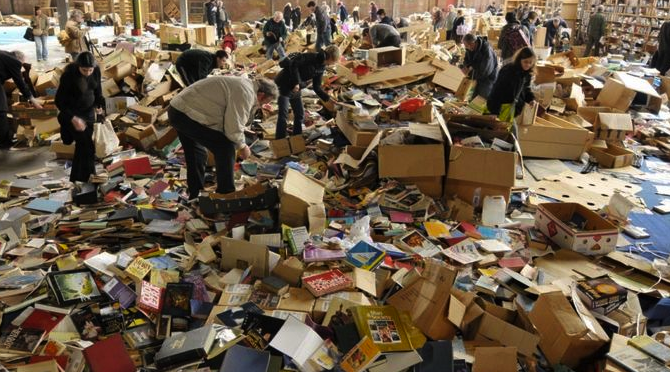 One of the benefits of maturity is growing to have a new perspective on things that I didn’t in the past. It’s not that I’ve become particularly mature – I chose a profession dedicated to manipulating really complicated imaginary friends – but life experience colors your perceptions of reality even if you do everything you can to stay detached from it. When you’re young you can have all the intelligence to understand complicated ideas but none of the time and experience necessary to see all the facets of a subject. But as you gain life experience and grow, your perspective on things grows with you and eventually you start to recognize just how big of an ass you were as a kid.

Hell, sometimes you recognize how big of a dick you were just last week.

Over the last couple of years, one of the things I’ve come to gain new perspective on is how often criticism can evolve into something different than it was originally intended. We’ve all been in that situation where we wonder if we might have been too harsh on something, but lately I’ve started to realize just how much it actually impacts us on both a personal and cultural level. In an age of social media, when it’s so easy to organize a group around any project, idea, or fandom, it’s even easier for the criticism evolve and harder for people to recognize when it has. Even if it were just between two people within the group, the act of being within the group can sometimes lead to the critic becoming emboldened by the association.

And, essentially, there’s a point where criticism starts to cross the line into… obstructionism.


It’s an insidious little thing that creeps up on us, but there’s a point where genuine criticisms can turn into something more aggressive and ultimately less productive. I know I took part in it myself a couple times in the past, on both sides of the equation, and I’m sure most of you have too. It starts innocently enough with the fact that you just don’t like something and start to actively criticize it. You don’t appreciate the themes, you dislike the writing, or there’s something about it that just rubs you wrong. But before long you find that it’s just not enough to criticize it but instead you want to see it fall and part of you even wants to be involved in that fall.
It’s not a sinister drive, just part of human nature, but it’s not exactly one of our best traits. We don’t particularly act like our best selves in these times and we generally let our dislike for something override our ability to recognize the easiest solution is to just look the other way.

One instance where I remember being on the side of the aggressors was back in the days when it was somewhat trendy to hate on Twilight. Don’t get me wrong, Twilight deserved almost all of the criticism it received, but in hindsight I realize that my dislike of the property made me a bit of a dick. It’s one thing to point out that Bella is one of the most passive characters in modern fiction, it’s another thing to actively tell others to never read the book because of it. When someone picks up a new book or movie it’s their decision whether or not it was worth their time, not mine. And, sadly, I realize in hindsight that I discouraged a couple people from continuing to read a series that they seemed to be somewhat fond of. Years later, some of those people share the criticisms I had at the time, but it doesn’t change the fact that I ruined something they enjoyed in my zeal to be right.

I think part of it is that we’re all wired to see our culture as this somehow finite resource. We see a finite amount of shelf space, a finite amount of attention, and part of us thinks that what gets to those shelves or onto screens exists as part of a zero sum game. In that zero sum game, something that you don’t like succeeding is going to cause an equal amount of failure of something you do like. That leads us to start looking at the things we don’t like in harsher lights – sometimes even downright threats to what we love.

And, sadly, I don’t even have to provide examples of something like this happening because I’m pretty sure most people reading this can think of at least one example (probably multiple) happening right now across a variety of media. Ironically, at a time when there are more platforms than ever to get your work out there, the same platforms make the world feel smaller by interconnecting us. This gives us the strange impression the resources are more limited when the truth is there’s room for almost everyone. So it’s safe to say that we could all probably afford stepping back and getting some perspective on the things we don’t like from time to time. Despite the fact that shelf space is important, it’s not like images like the one below are really common place in an age of online media platforms and retailers.

However, more importantly for the writers in the crowd: I’ve long realized we do it to each other creatively too. Recent sessions of actually watching my twitter feed reinforced the idea and made me consider talking about it. Over the course of a couple days I saw multiple instances of people commenting on what they’ve been told they shouldn’t do. Some were simple constructive criticisms, but a few were outright gate-keeping scenarios that involved the dreaded phrase “if you want to be taken seriously”.

I’ve mentioned in the past that the writing community has touches of gate-keeping within it. We tend to judge each other and ourselves by weird arbitrary standards. Anyone who’s been in a group of writers for longer than a casual chat has encountered it at least once in their lives. You shouldn’t write in this style, you shouldn’t write about that theme, you shouldn’t write in that genre: these are all criticisms that stem from the same place as “you shouldn’t read Twilight” from years ago. Perhaps there are genuine purposes to it, but often times it’s more about trying to ensure that other people happen to write themes we appreciate in a style and genre that we like. We’re not actually improving the culture any in the process, we’re just kind of forcing it to get in line with our ideas.

Cultures don’t benefit from being limited. History has shown us that some of the most beloved creators were rebels in their time, people who disregarded the accepted status quo and just followed their passion. I hate to say it, but sometimes that means that the things you don’t like, regardless of how right your criticisms may be, might be the things that actually leave a real mark in the future. But that doesn’t mean there’s no room for what you like and what you want to create. Rather, it’s more important for us to keep the options open and to do what we feel is right for us and not worry about what others may prefer to do. There’s room for all of us, for everything we want to create, and no one should feel shamed out of liking or creating something based on someone else’s preferences. And take this from a geek who has had a few nerd arguments in the past…

Polarization can get ugly.

(I write novels and dabble in screenplays. Find me on twitter, where I promise to respect your tastes…but may still openly criticize them.)