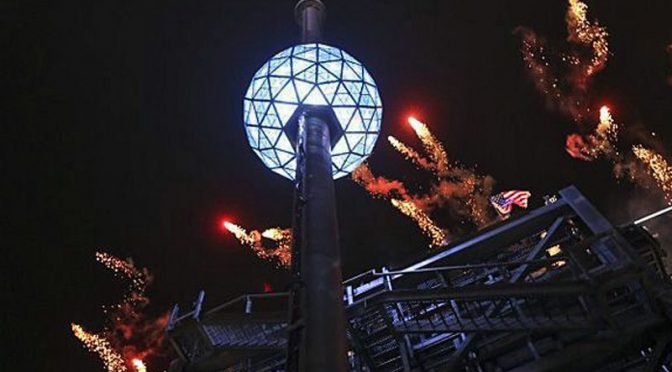 There are certain patterns of human behavior that are inescapable. We’re likely to fall back into old habits unless we’ve made sure to replace them with something else and make a dedicated effort to reinforce our new habits. We have tendencies to hold onto ideas even if they’ve been disproven. There are certain reflexive actions and reactions which we always promise we’re going to try to sort out but usually find ourselves too rooted in to really deprogram on our own. And all of these, of course, tie into the notion that many of us have that the “new year” is a time that provides us with a clean slate and that this is exactly the time to make the resolution to change all of that.

Of course, another pattern is that more of us fail at those resolutions than we’d like to admit – especially we creative types.

As I write this, it is the second day of 2019 and I just recently watched a cute little video from College Humor about how New Years resolutions are doomed to failure and included the line “this year’s resolutions are next year’s triggers”. Cynical as the whole video was about the idea people could change – the line itself was actually kind of dead on. As we move through every new year, it’s unlikely you’ll go without hearing someone saying that the previous year beat them down. Some of that is the world at large, some of that is random happenstance, but a good portion of it – at least for those who make resolutions – is a sense that the year didn’t go as planned. You had ideas of what that year was going to look like, and generally even the best laid plans tend to fall apart in the field.

It’s not that people can’t change, just that resolutions are tied to a pretty hefty chunk of time. You don’t know what your year is really going to look like as you’re going into it and because there’s so much time involved there are a lot of chances for things to go south. Similarly, while you may not meet your resolutions, it’s kind of easy to forget just what you did get accomplished over the course of a year. As I ended the year, I realized I hadn’t met many of my goals for 2018 and others around me said the same about their own, but there were still things we had accomplished that were easy for us to overlook in the process. Sure, I wanted some of my projects to be done in January rather than in the middle of the summer, but the fact that they got done at all was still an accomplishment. I couldn’t have known how the first half of the year was going to go, and I approached the plan for the year wrong to begin with. Sadly, that really applies to most of us.

There’s a tendency with resolutions to create big goals and not consider the smaller steps getting you from where you are to where you want to be. It’s true that you should have long term plans, you shouldn’t abandon thinking about the future, but if you just have the larger goal and don’t really consider the steps between it’s usually a recipe for disaster. I know aspiring writers who would resolve to write a novel in a given year, then give up eventually because it never really progresses. And the big part is that they tell themselves they’re going to achieve the final result without focusing on the steps in between. How much are you going to write? When are you going to do it? These are just details, but it’s generally the details that start to derail us on our grandiose plans.

It’s good to have big goals, but it’s become more clear to me over time that it’s just as important to have small, forgiving goals in between. I’ve written about it before, in a few fashions, but it’s worth repeating. Our schedules have to be designed to acknowledge what we can do, what we want to do, but not what we wish we could do. We should remember that sometimes we will run into our limits and that we should work to improve on those limits rather than punish ourselves for failing to meet lofty expectations. We should always remember to break down bigger tasks into smaller ones and keep sight on the fact that the smaller ones are working towards the bigger picture. And, in terms of resolutions, I think the same holds true there too.

In all the fervor for new years resolutions, sometimes I think we need to see that within those there should also be new month resolutions, new week resolutions, and even new day resolutions. If you plan to write that novel, get a publishing deal, or start shopping out a feature-length screenplay that goal can be daunting as hell. But if you break it down, see the smaller parts, and start to work towards them, then by the end of the year, even if you haven’t achieved the greater goal, you’ve probably made good strides towards achieving it. Maybe a thousand words a day isn’t going to set the world on fire, but it means that every day you do it is a day you’re closer to writing that novel. And if you miss that day, you still have the next day. In big chunks, it’s easy to punish ourselves and be haunted by our failures. But if you miss one day, that’s just part of a process, something you can do better about the next day. And eventually those days add up. Hell, even if you can only do a thousand words every 3 days, you’ve still probably got a first draft before the end of the year.

I know for people who frequent this blog that none of this is particularly new. I’ve been a big proponent of breaking things down and taking them systematically for a long time, but I also know that it never hurts to remind people (including myself) that sometimes the steps towards a goal or resolution are just as important as the final result. You have to take those steps to get where you’re going, and every day you resolve to take another step is going to get you closer. By breaking it down, taking these goals a day or even a week at a time, and keeping the annual plans as the abstract we’re working towards, maybe…

There’s a chance we could break our own cycles.

(I write novels and dabble in screenplays. This year my resolution is to listen to my own advice and try to attack problems in more manageable chunks. If I fail, you can get a good chuckle at my meltdown on twitter.)