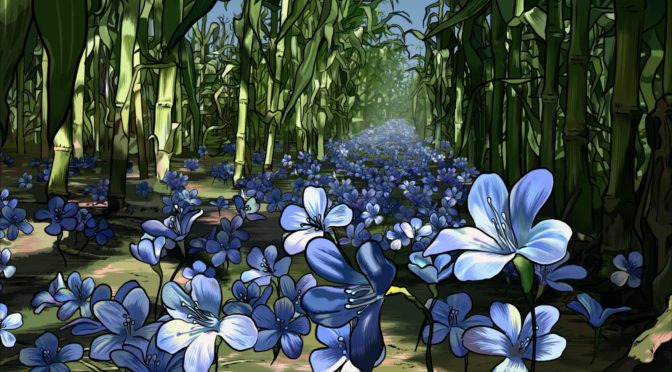 A couple holiday seasons ago, I wrote a post on this blog that felt like it was too trivial to really matter to people. It was just a thought that occurred to me after talking to a friend about how made for TV holiday movies were usually poorly written. Specifically, we’d been talking about Hallmark, as one of the leaders in the genre and probably one that had really defined the genre in several ways since they got into TV production back in the early 90s. Though they aren’t the only ones in the field, it feels like there’s a certain style to their movies that other networks and production companies have tried to recreate.

There have always been movies of this kind, and made for TV movies have always had some issues to them, but Hallmark drew my attention because it’s never felt like budget was ever the reason why Hallmark movies felt a little off. When you watch the made for TV movies made by others you can usually point out the places where budget became a concern. But for Hallmark? The reason why their movies have always been love ’em or hate ’em is because of something in their formula and not in their budget. And, at the time, I figured it was a cute observation to make that would pass by without much notice.

I was incredibly wrong because that post is the #2 most viewed post on my site and it’s still getting hits daily.

The thing about it is that two very distinct groups read that post and comment regularly. The first group to comment regularly are those who agree with the premise that the genre’s formula relies too heavily on artificial moments to the point that the rest of the movie feels wrong. The second group, on the other hand, are actually the die-hard Hallmark fans, who seem to be about as passionate as my fellow Trekkies (who I’ve also pissed off in the past). And, I’ll admit, I was needlessly dismissive of them in the original post for the sake of a quick chuckle when I said that the people who loved it were either heavily scouted or had possibly been drinking.  Because, the truth of the matter is that there was something far more fundamental that I left out of the equation at the time.

The reason why those moments, while artificial, still happen to work is because they’re almost universal – so much so that both sides of that argument can probably agree on some of the themes.

One of the best things about the human experience is that, regardless of culture, some things are shared universally. We don’t want to be tired, hungry, sick, or hurt. We need shelter of some sort to control our climate and not having it can make us miserable. We all look for answers to the questions we have about the world around us and, often, those questions are much the same. What answers we get and what solutions we have for all of these problems can vary wildly, but the basic needs these solutions address are the universal part. And, as a result, our stories tend to meet some universal needs too.

I’ve pointed it out a few times in the past that cultures, even if they’re wildly different on a superficial level, tend to share things when you look at them closely enough. The concept of reincarnation was a belief shared across multiple continents long before those cultures became aware of each other. Every culture has something resembling a chimera in their lore, and more than a few of those have a creature that could be easily classified as a dragon. Quite a few cultures have some story revolving around the birth of a holy figure through divine means. Despite the fact that those cultures are often used as a reason to divide us, they tend to show us just how much we really have in common if we’re willing to look. Which is fitting because, at the end of the day, almost every culture reinforces the feeling of being part of something bigger, whether it be a family, a community, or the universe itself.

So, while I was dismissive of the channel and genre (mostly due to formula), I can understand why someone would still like them. The moments that they drive towards are trying to invoke feelings that almost all of us have. We all want to be loved, to belong, and to know that we aren’t alone. The idea of being able to belong to something has given a lot of people what they need to carry on even in the worst of times. And, because we tend to write what we know, that sort of need and feeling tends to bleed into our stories regardless of genre. In fact, despite the two seeming diametrically opposed, I’d go so far as to say the saccharine holiday movies actually share at least one universal theme with even our darkest genres. Though there are certainly quite a few pessimistic books, movies, and shows out there, there is one element that can be found in more stories than just about anything else: hope.

As a scifi and fantasy fan I’ve been exposed to a lot of darker material over the years. Often, my fellow fans have even reveled in just how far into the darkness our genre of choice can go. But one of the things that has often been apparent to me is just how often our darkest genres are hinged on those universal human needs and that desire for hope in the darkest of times. Post-apocalyptic fiction, despite being a genre defined by its bleak outlook, is actually rife with stories of hope and perseverance. What would be the point of reading a story about the end of all life and a world completely without hope? For as much as some people may think that would be the point, it still focuses on someone who is managing to survive in this world. Even the zombie apocalypse, as popular as it is for sheer horror alone, is generally told from the perspective of someone managing to survive at all costs. In fact, I’d say that “hope” is so prevalent to the speculative fiction genres that even some of our most  “pessimistic” authors can’t help but add a little of it in.

Though he died before I was born, I’ve always been interested in the work of Phillip K. Dick. The films adapted from his stories have long left a huge impact on modern scifi film – particularly Blade Runner – but they became even more interesting as I learned more about the works they were adapted from and the man who wrote them. Dick’s work was peculiar in places, often outright pessimistic, and did it’s best to make you question the nature of reality on more than one occasion. He delved into themes like the nature of humanity, whether or not we’re in control of our own actions, and even the nature of the future and fate itself. The heroes of his stories were never pure figures, even if their antagonists are generally much worse, and more than one of them comes out the other side a little damaged by their experience. But, while his particular flavor of stories was generally a little bleak, even his work slipped in a bit of hope from time to time.

Based around some of his own life experiences, A Scanner Darkly is a story almost tailor made to deconstruct what people believe in. Set in a world where undercover agents are desperately trying to stop the spread of a drug that can completely destroy someone’s sense of identity, the story follows one of those agents as he starts to lose sight of who he is. With the effects of the drug and the requirements of his job working in a twisted harmony, the protagonist’s identity splits and he becomes unaware of the two sides of his life. Eventually he’s so far gone that he watches recordings of himself and can’t recognize that he’s the man on the screen. The entire story ends with the protagonist so damaged that he’s left a near blank slate in a rehabilitation clinic, one that his fellow narcotics officers are investigating, and working fields under yet another new identity. Essentially, the story of this agent is the story of someone losing their mind in every way imaginable.

But, despite this, it ends with one last hint of hope. Working those fields, the protagonist stumbles across a crucial piece of evidence. Despite everything leading up to that moment – with his identity almost completely destroyed and his brain suffering severe damage – the protagonist takes a moment to pick up the evidence and tuck it away. Though it’s left up to the audience whether he was intact enough to really carry through with handing that evidence over, the hope remains the same. Despite everything that has happened to him, he’s somehow managed to hold onto a shred of himself, and there’s a chance that he may justify the sacrifices he’s made up to that point. It’s certainly not the rosiest of stories, but it does demonstrate that even in cases like that there’s a glimmer of light at the end of the tunnel.

I think that’s something all of us can understand on some level. We may not agree on the delivery of the message, and sometimes that delivery may turn us off from it, but that message of “things can still be okay” is something a lot of us need. It’s basically one of the reasons we tell stories to begin with, next to being entertained and making sense of everything, and it probably forms the core of just about everyone’s favorites. Because, even if you may hate the formula of what someone else likes, there’s a good chance that what you read or watch…

Has a little bit of it in there too.

(I write novels and dabble in screenplays. Follow me on twitter, where I hold onto the hope that someone’s actually listening!)