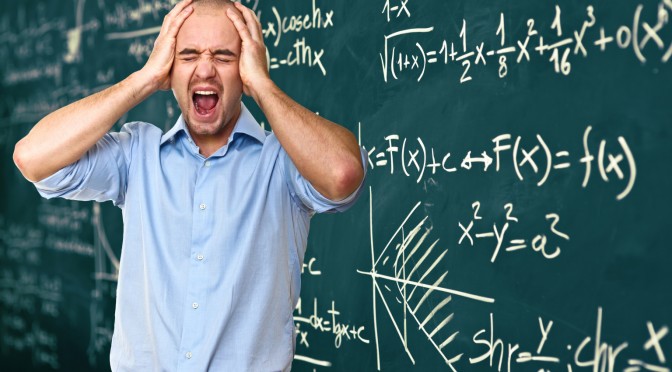 A while ago I read an article that told me the science fiction genre needed to abandon the science part if it wanted to survive. Frankly, it left me a little unsettled. Immediately I set out on writing a counter-point that has now blossomed into an obsession. In fact, the obsession has stretched into my natural insomnia and here I am, writing this entry while half dead.

So I sit here as an insomniac and figure I might as well get something done in the meantime. By the time I finish this, I will likely be drooling on a pillow…or my desk. In the meantime, I would like to talk to you, my fellow writers, about the mental hangups that plague our genre and the people who consider getting into it. Considering some of the subject matters, this could take a while…

For now, in the interest of time, there’s three I would like to cover that happen to be the cornerstone of why science fiction and high fantasy have a hard time breaking into the mainstream. Freud’s analysis of our mother issues will have to wait for another day.

The Problem Of Presumption

So, we’ve all been there at one time or another, you hear that a story is within a certain genre and the first thought in your head is “dear god, no”. A typical guy hears “it’s a romance story” and starts to internally groan, hoping to keep it bottled enough that he doesn’t piss off the women in the room who happen to like it. Fortunately, not all women like romance stories and not all men hate them, thus peace can be maintained, else the race of man should fall.

Still, it’s a problem that means good things for some genres and bad things for others. If you happen to fall into certain genres as a writer, such as adventure, you tend to know that you’ll at least hit a demographic. Romance and you’ll get the other end of the scale while scaring off the first group. But where exactly do the genres I speak of (scifi and fantasy) happen to fall as far as that goes? Well…

…distinguished, well educated gentlemen with ample understanding of the essential infrastructure of modern society, of course.

Okay, fine, nerds. It lures in nerds like me! But why is that? Obviously, I’ve covered some of these reasons already. Our tropes and subject matters have long ago constructed a certain box for us. Unfortunately, that box is hard to understand, a little abstract and may or may not have a cat in it. And if you understood that joke, you fall right into the target audience, so you know what I mean.

Unfortunately this means that we’ve created an assumed outcome in the minds of the general populace. If you tell anyone what the genre is, like any other genre, they’ve got an idea of whether they like it or not before even seeing the story. While this does happen to fall under the concept of “jaded” or “cynical” that I’m trying to fight, it’s really more a nature of assumption. A jaded person would read the story and then decide they hated it for the reasons of just not buying the premise, a person with a prejudice wont even get that far.

And what they actually think of…

One of the presumptions about science fiction and high fantasy is that you have to understand either science, mythology, or a mountain of terminology to really grasp the plots. And, sadly, most of us just simply don’t have that kind of time or preparation. So, for starters, we need to make sure that we try to tone down that barrier of entry to understanding all of the details in order to get anything from the plot. Problem is, rarely does this actually happen and people end up having to figure out some details for themselves.

This leaves the reader feeling punished for not understanding. People read to relax and enjoy themselves, not be tested on their knowledge of subjects either obscure or relatively elite. But they still end up getting tested on it, leaving them feeling either inadequate, frustrated or childish as they try to dig up the answers that they should have either had or not needed to be able to grasp the plot.

This is the flaw of what has come to be known as “hard science fiction” over the years. Back in the day, all science fiction and fantasy were primarily pulled from the rear of the person writing it. Tolkien created his entire world primarily from a background in linguistics and a familiarity with mythology that he promptly warped into six foot tall androgynous elf warriors. Meanwhile, it’s long been known that Star Trek, the nerd nirvana, had long been written with placeholder words in the scripts for science consultants to later fill in with techno-babble. In essence, the writers made completely implausible bullshit plots and the scientists stepped in and made it seem presentable.

“Soft” science fiction and less traditional fantasy have the advantage of being accessible to everyone. Unfortunately, with that much hand waving and a lack of care for the finer details, most writers in these less demanding genres tend to not think their plot through with as much care and detail as their harder nosed brethren. The result? Hard science fiction is over-conceptualized, soft science fiction is half baked and the same goes for just about any high fantasy story in relation to how much mythology they pump into their works.

The answer to this is to reach a balancing act. A writer needs to think scientifically themselves but not require their reader to do the same. They need to make the plot as well thought out and defined as possible without pressuring the people who are trying to relax. This is not easy, especially since there’s a third problem that looms behind the whole “believable plot” problem.

One of the other draw backs of speculative fiction is that you tend to find yourself in a place where you’ve made someone expect more from your world. This is a sort of uncanny valley between the real and surreal where they know it’s all bullshit but they still expect it to make sense to them. This isn’t a bad thing in one sense, but it’s a disaster in other senses.

Your reader doesn’t live in the world you’ve constructed, the world you’ve constructed is a complete work of fiction, but you’ve placed enough rules on it that it might as well be a real world. So what can lead to breaking that immersion? You end up breaking your own rules, throwing in a few Deus Ex Machina solutions and resurrecting your white wizard, Jesus allegory lion or Spock from their untimely death.

While it’s natural in every person to want to play god to some extent along the way, you can’t really afford to do it at a certain point. The more involved you get your readers into the work, your world and the characters, the less you can afford to screw with that world you’ve created.

Unfortunately, some writers don’t stop to consider this. So, in the end, they find themselves meeting with a problem of people saying that it simply isn’t believable to them. This, once again, isn’t a matter of the audience becoming cynical, but the writers failing to realize the limits of their ability to bend reality without breaking it.

So what conclusions do we reach? Well, we need to “trick” people into reading these genres again by presenting them as something that they haven’t seen before and not hurting their brains in the process. This doesn’t mean step back from the issues, but rather presenting stories that defy easy classification. This could mean paranormal romance, urban science fiction and fantasy or so on. But the same notion can also be applied to ideas that push so far past science fiction and high fantasy that the line between the two starts to blur. Blur the line, defy the genres and you may soon join Schrodinger’s cat in that sweet spot of quantum immortality…

As for my attempts at twisting and bending genres, check out my books. They’re a touch of sci-fi, spoonful of fantasy, dash of mystery and a pinch of smartass.

One thought on ““New Sci-fi” Part Four! Mental Problems (that we all have)”