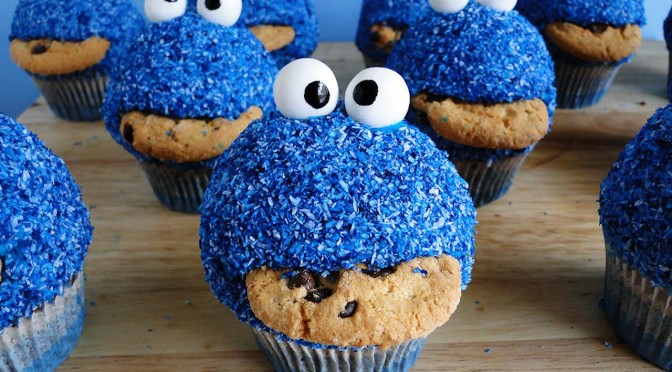 By now, you understand what this series of posts is about, and if you’re not – start from the beginning. But as I reach this last entry I realize there’s one last point that has to be made and it runs a little counter to everything else I’ve said to this point.

For a while, I considered calling this section of my series “Concessions and Uncomfortable Questions”. When I first approached doing this series of posts there was a singular point to be made above all else – the audience hasn’t become close minded. A couple of times I started to graze close to the concept that the audience has become somehow disgruntled with the genres I’ve covered, but I stayed on message (as far as I know). But at this point, there’s one concession I thought I was going to have to make. After all, with a surface analysis, you might see things wrong because of some personal bias.

The thing is, the industry insiders had a point when at one comment said “people aren’t interested in space stories or robots anymore.”

That’s not to say no one is, and a good story is still a good story. But often I’ve found that pushing my friends into scifi can be an uphill battle when those two subjects happen to come up. It’s not that the subjects don’t matter and can’t be done well. Rather, the problem is that once you’ve seen one robot story, or space story, you’ve got a pretty good idea what that story will turn out to be.

So I came across this one detail and I thought I was going to have to admit “yeah, okay, you’re right about that.” But after thinking about it, I became more and more sure that it wasn’t a sign that people had become “cynical”. In fact, the longer I thought about it, the more sure I became. But, because of the stigma around the best words to use, making it easily understood was going to be an issue. I knew what I wanted to say but not how to say it without inspiring a defensive reaction. Then, there was this thing that dawned on me about a week ago. You see, the answer lies in…cookies.

The cookie is the perfect analogy for what we’re looking to cover. Cookies come in all shapes and sizes but still manage to keep that general name of cookie despite any number of differences. You’ve got the fortune cookie all the way to Oreos and somehow they’re all classified as the same group. This is essentially what we have with science fiction and fantasy too. As different as they all may be, they’re still all cookies. And really, there’s nothing wrong with being a cookie, some people are really quite fond of cookies.

Our blue friend here is probably the best example of what we want in a science fiction and fantasy fan. He’s devoted to the cookies and he’ll always come back to the cookies no matter what they try to change his diet with. He’s a lifelong customer of the cookie machine. We have these in our community too, the ones who’ll show up to a convention dressed as their favorite character, carry stacks of various books and comics that they want signed by people they’ve never actually seen before and will stand in line for a movie adaptation that they’ve been waiting for as if it were the second coming of their savior of choice.

But, you see, like the cookie monster, the science fiction and fantasy die hard fans aren’t the only ones who are willing to “eat the cookie”. The cookie monster will eat cookies all the time if he’s allowed, but that doesn’t mean that someone else wont eat a cookie too if you give it to them. This holds true for fiction genres too, you very rarely find someone who wont eat up a good story, regardless of genre. You’ll find some resistance to the concept from time to time (“I’m on a diet”, “I’m full”, “diabetes”), but you’ll always find at least a healthy portion of any group will still eat the cookie, even with a little hesitation.

The word I’m trying to avoid using is cliche, but the reason is I think these things can be fresh again if given time. Too often, plots and settings in science fiction and fantasy get overused, sometimes to the point that you hardly see any difference from one story to the next or even find enough similarities between them that you could ask yourself if they might even be in the same collective “universe” with other stories. There’s a dangerous repetition in places that results not in the people deciding they suddenly don’t like the “cookies” but rather that the ones they’ve been given have become stale.

In essence, it’s not space or robots that get rejected, but rather tropes that’ve been around for 40 to 60 years with very little variance here and there. Cliches and tropes become common over time and find their way into almost every work, but the genres I speak of have a problem with almost canonizing some of their tropes. So what do you get? People want to read science fiction and fantasy on some level, but everything they get somehow feels like it’s gone past its expiration date or was never really “fresh” in the first place.

How do you make something like space “fresh”? You start asking the questions that have been ignored far too often. Every science fiction writer at some point has thrown in a story about first contact. First contact was a great story when it was first being written about because people were feeling the excitement that it may happen soon. But as I pointed out in a previous post, that feeling faded pretty fast when we realized just how hostile the universe is to life. Theories have cropped up over time that there may actually be a possibility that we are alone in the universe. And when we do meet them someday in the future, those encounters will likely look nothing like the stories of old because we’ve figured out they’re going to be incredibly unlike us on every level.

Faced with this kind of environment, you’d think that we’d take the hint and stop trying to present them with a 40 year old cookie and bake a new one. The traditional first contact story has some charms to it, but the real potential for a great story has slowly shifted towards more haunting notions like, “what if there really is nothing out there?” or “what if there’s a reason?”

This is where the “uncomfortable questions” part came in. See, over the years, science fiction and fantasy has started to become formulaic enough that people can start pointing at certain plots and know that everyone has written a form of it for at least 3 generations. Writers have started to play it too safe at times and they avoid questions that are potentially disturbing or unnatural to them.

“What if we really are alone?”

“Did a place like Venus really become a hellhole because of the greenhouse effect? Could we be like that someday?”

“We always assume first contact would either be friendly or hostile, but what if it were apathetic instead?”

There are more questions like these to ask when approaching the tried and true. I already discussed earlier the idea that robots may not care for the same things we do. So often we’ve approached robots with a set of human standards and morals, but what if they really were as alien in thought to us as we are to ants? These are still the same plot devices and settings, but they’ve been changed to face new problems and not repeat the same old stories that have been around for decades. These are still cookies, they’re just fresh cookies.

I think it’s important to remember that. The suggestions I’ve seen about how to approach the problem tend to suggest that the best method is to simply stop making “cookies” and start presenting something else. They want to abandon the plot devices and settings that have been around for a relatively short time in literary history because they’ve grown stale for a time, never thinking that a batch made fresh today are preferable to a batch baked by our grandparents. But, failing to realize this, they’ve started to consider alternatives. These alternatives lead to another uncomfortable question.

There’s room for differences in works, in fact, it should be encouraged. But we cannot give up on potential new directions we could take with old ideas. Romance, adventure, mystery, comedy… all of these classic genres have existed for centuries and have survived growing pains over time where things have changed and reshaped themselves. Science fiction and the current form of “fantasy” are relatively young in comparison, still experiencing their growing pains. I’m sure that you all understand what I mean by science fiction because the earliest real examples of it came in the 1800s. But fantasy, as we know it today, was once just folklore, only recently (in historic terms) taking the form it has today.

And I’m sure people still wonder why it is I’ve repeatedly included fantasy into a talk clearly labeled “science fiction”. But the thing is that these two have a lot of crossover and the solutions that have been proposed for scifi have already been applied quietly to many forms of fantasy. There are clear differences, but there is enough shared between them that they are often referred to in the same breath. It was once said quite accurately that any technology sufficiently advanced enough would appear as magic to someone who didn’t understand. By the same token, any science fiction sufficiently soft or unexplained will appear as pure fantasy.

And with that, I think I’m done now.

To put my money where my mouth is, I tried to spice up Sci-fi and Fantasy my own way. Check out the results, I’m told they’re fun.