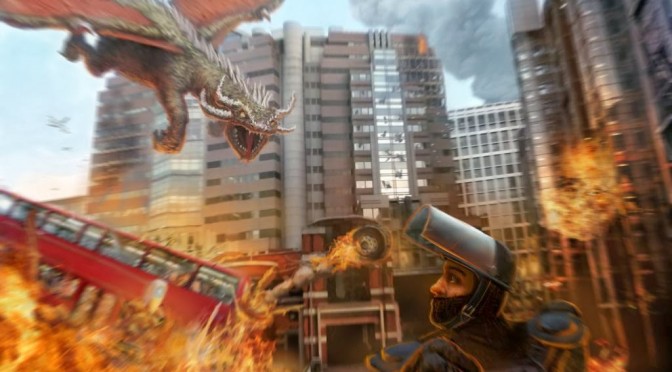 So, continuing the trend and closing up the month (as next week it will be December), I am marking another week of NaNoWriMo with a little helpful advice to first time authors who may be taking the first step into the literary world this month. If you’re reading this on some other month, welcome, hope it’s helpful to you too in the far flung future. So far, if you’re late to the show, I’ve covered Mystery and Science-Fiction, two of the genres in my novel series Agent of Argyre. But today it’s time for the third major component to my stories: Fantasy!

But I’m sure at this point you realize how silly it is to give advice on how to create Fantasy stories. The beauty of Fantasy is that there are literally no rules to it. You can do anything you want to do in a Fantasy story so long as you have good storytelling and charming characters. This makes it one of the best genres for a lot of people who are just starting. Still, there is some room for me to be opinionated and throw unsolicited advice your way: How do you keep it fresh?

Fantasy has to be one of, if not the, oldest genres of fiction in human history. Even before the written word we were telling each other fanciful tales around the fire in the late evening hours. Folklore and mythology don’t just influence Fantasy – they were part of it. So it’s daunting for people to take that much history and be able to add their own mark to it. How do we do it? 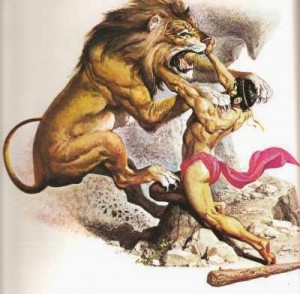 It’s incredibly easy to look at the scope of the genre and think that there’s nothing you can add or that what you add is somehow inferior. In fact, I’ve known people who will reject new ideas in Fantasy based on the idea that the new ideas weren’t part of the original lore.

But remember, it wasn’t part of the original lore when the early myths were created either. Norse Mythology has multiple retellings of the same events because each of the authors had a different take on what the story really should have been like. In fact, the differences between Norse Myths can be so radical that it’s more like the culture had a set of figures to use in their stories and then chose to tell their own versions of events using just the shared pieces (kind of like comic books today). They weren’t alone either, Greek, Roman, Egyptian – all of these featured multiple retellings where the authors simply didn’t care that there was another version out there.

The result that we see today is that modern civilization remembers the versions of those myths that happened to win the popular opinion poll. We more readily remember the name “Zeus” than we remember him as “Jupiter” despite the fact Jupiter was the more recent version of the character created by the Romans. Yet, in the same vein, we usually pronounce the name of one of his sons “Hercules” despite the fact the original name was actually “Heracles”. There’s so many variations of ancient myths and folklore that there are classes that actually teach you the different versions.

So why can’t you add another take to it? You’re no less valid in doing it than they were. You’ll find that if you take the chance and tell a really good story with new elements you’ll be rewarded for it. Neil Gaiman took the chance by writing “American Gods”. I can’t confirm this, but I’m told that he is actually well known in some circles, possibly. (Honestly, I’d be surprised if anyone reading this didn’t know who he was. I’m still going to link to the wiki on him, just in case.) 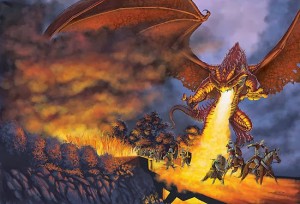 And as for what those people were writing, remember this – at the time, it spoke of the nature of their existence. When people wrote about Thor battling Ice Giants above the heavens, they were talking about something that was incredibly important to farmers in the far north – bad weather. If Thor won the battle, then your crops weren’t going to be frozen or buried under a mountain of snow. If Thor lost the battle, then you were pretty much screwed. Odin, meanwhile, was the god of war and he was the one you wanted to be in good with if, when Thor failed, you were reduced to raiding neighboring countries for the supplies you couldn’t quite grow yourself that year.

And what about those raiders? An aggressor from a distant land that fights your knights, steals your women and livestock while burning down your village before hoarding all of your things for itself? You just described a medieval European dragon. And you have to admit, for the majority of medieval European society, the idea your neighbor was about to come burn your village to the ground was a more terrifying prospect than bad weather, even if the two were sometimes related.

We’re still doing the same thing today. We may not be afraid of raiders burning down our villages anymore, so Dragons have become more of a cool novelty than the thing that captures our imaginations. However, Vampires and Zombies, the two most popular creatures in today’s Fantasy stories, are representative of what we are afraid of in today’s society: each other. The idea that a horde of people is about to burn down your city isn’t all that relevant to you anymore. But being attacked in the middle of the night by a seemingly innocuous stranger? Terrifying.

So find ways to make your story relevant to the modern world. Can you make a Dragon story interesting still? You sure can if you were to find a way to make them a metaphor for terrorism or social inequality. And, for that matter…

3. Don’t Be Afraid To Be Contemporary 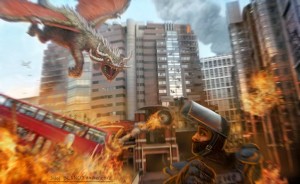 Another thing to remember about those people is that they were writing the stories happening either during their lifetimes or in a period of time just before the world they lived in at that time. The idea of the Greeks writing about Hercules, the man that was claimed by the Spartans to be their ancestor, is no different than someone today writing something like Abraham Lincoln fighting Vampires.

So while it may be late to impact your NaNo work, consider for the next time that you might want to bring some of that magic into the modern day. Though, with the increase in popularity of Urban Fantasy as of late I can assume that at least some of you are already doing this. The genre is catching on and growing like wildfire thanks to the successes of books that brought magic to the modern world such as Harry Potter, Mortal Instruments, Percy Jackson and, yes, even Twilight.

For anyone who still has lingering doubts that Urban Fantasy can be really awesome, let’s go back to our Dragons and consider a scene for a moment. Hundreds of people are gathered in a bustling metropolitan street as they go about their lives, suddenly a dark shadow looms overhead and a great roar pierces the sky. They all look up to see the fearsome beast cutting through the sky and spewing fire as it swoops down between the glass and steel towers around it. As they scream and run for cover it pulls up and circles around the tallest building it can find. When they gather the courage they peer out of their hiding place to look up and stare upon a Dragon coiled around the tip of the Empire State Building.

Actually, you know what? I’m calling dibs on that one, you can’t have it. It’s mine, I tell you! Mine! 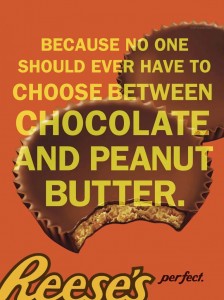 So not only were the stories relevant to the people writing them, they were usually pretty contemporary as well. But the added bonus was that the people who wrote those original myths thought that it was incredibly possible for those stories to be true. If you couldn’t explain thunder and lightning, you’d think a god was doing it. If you lived in constant fear of someone burning down your village, a beast capable of doing the same didn’t seem all that outrageous.

It’s incredibly hard for you to pull that off in the modern day. We live in a time where we understand where the lightning comes from. The world has pretty much confirmed there are no dragons or werewolves. It’s a time where we don’t have that same luxury of believing that the unbelievable is still possible. How do you bring back some of that suspension of belief?

Some people choose to just have faith in it like they would with anything that they want to be true even if they know deep down it isn’t. The people who believe in magic, fortune telling and horoscopes may have an easier time believing in Vampires and Werewolves than the rest of us. But everyone else needs something a little extra. For the rest of us, the answer may very well lie in muddying the genre a little and getting a bit of peanut butter in our chocolate.

As I said last week, a little Science Fiction can make the implausible into something plausible rather quickly. It’s not very hard to say that the reason creatures appeared in our folklore so long ago was because they were alien visitors. It’s also not difficult to say that these creatures have been born out of genetic engineering or were, as in my work, simply part of the human race that were somewhat different biologically from us.

You can do this with several other genres as well, Historical Fiction could be used to “explain” where the creatures or magic went, tying it into the actual historical events much like how Assassin’s Creed manages to use real history to spice up the realism of their Science Fiction. You can do the same and do fairly well. Once again, Abraham Lincoln hunted Vampires. 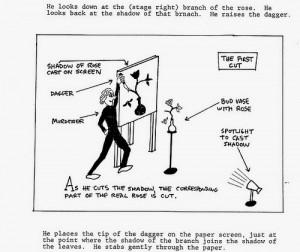 There’s a school of thought out there that the more you know and understand the less magical something is. These people believe that science has essentially ruined “magic” by revealing all of the tricks behind nature. I’m not one of those people and I think that the most wonderful aspect of explaining things is making it so people can see them as a tangible, real part of the world. Or, at the very least, maybe they can look at it and see the possibility that it could be part of their world.

When you look back at the folklore and mythology throughout time you find that details tend to be fairly vague. Most Norse mythology happens to be very short form with poetry that doesn’t cover any details. Few know for sure what Loki looks like, nor do we know what he sounds like. There are pieces of art that depict these gods, but the fact is that most of it is conjecture at best.

So in the end, show your work. The more detail you show and the more you reveal about your world the more unique it will appear in the end. Even with something like Twilight, I have to give the series credit for being willing and able to write a new, different culture and style for its vampires that, while not likely to become that “classic” depiction down the line, is a bold new direction (based mostly in lack of research rather than creative inspiration). If you create a new system of magic, explain how it’s different from the old ways. Though you may feel like you’re taking a bit of magic out of the act…

Sometimes it’s just as awesome to see a peek behind that curtain.