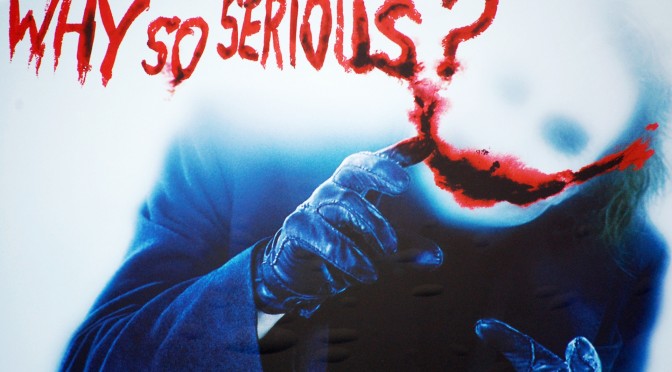 And, because of those two details, the third thing we have to accept is that we’re always going to need find ways to cope…. So let’s go ahead and not crap on anyone’s coping mechanisms, okay? 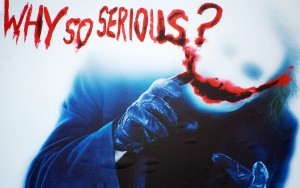 One of the things I see get thrown around a lot is this idea that there are “serious” and “not serious” writers. Sometimes this is an accurate judgment – some people are genuinely following writing as a hobby. But the thing that bothers me is when the idea gets proposed that someone who is putting real effort into it isn’t actually serious. It’s a dismissal, a removal of people who haven’t quite matched your expectations, as if you’re judge, jury, and editor (who, frankly, may as well be executioner).

For most instances, it’s a subtle and unintended gesture. You’ll question if maybe someone might not be taking something as seriously as they should. But for others there’s this general sense of elitism that comes from putting words to the page that I could never understand. When did constructing a coherent sentence make us gods? I mean, sure, we craft worlds from whole cloth but it’s not like we do it in seven days… except that one time with Jules Verne and the cocaine wine.

But there are still a great number of writers today who, despite having their own issues, say things about others that just comes off as elitist. Mind you, I don’t mean when you’re punching up or punching at someone next to you, that’s fair game – we’re all technically competitors. I mean when you’re a semi-successful writer who says things like “if you don’t write [#] words a day, you’re not serious about it” or “if you’re not willing to cut people out of your lives, you’re not serious about it.”

What the hell? I’ve heard that last one more than once from middling writers and it never ceases to amaze me that there are people out there who think people are disposable like that. When those people did walk out on you, did you critique their dialogue? “Sorry hon, I know the marriage is over, but I’m not believing your speech. I couldn’t possibly have my head that far up my own ass.”

It’s true there will be people who have to sacrifice to make this writing thing work. There will be times when you have to take risks and the people around you may not approve of those risks. But to be so callous about it requires either being a real bastard or a poor communicator. And, seeing the profession we’re in, I’d hope you can understand why considering you a bastard is giving you the benefit of a doubt here.

Funny enough, almost all the time I see truly successful writers talk about how important the people in their lives are to them. A friend of mine is a real fan of Neil Gaiman and his wife Amanda Palmer and the two of them happen to post delightfully cutesy details about each other. It’s clear that they feed off of each other and inspire each other, and that’s a great relationship to be in. Not everyone can have that, but the kind of people who say you have to cut others out of your life are generally saying such a relationship just can’t exist.

In fact, being able to find outlets and ways to enjoy your life are tantamount. Life gets hard and it’s not always pleasant, so you have to find some joy even in the rough parts. It’s often said by successful writers that having the ability to laugh at your own jokes and laugh at yourself is important. We are incredibly tense as a general rule of thumb, so anything you can do to feel a little levity goes a long way. Everyone needs to find a way to vent and find a way to make things feel a little more right. Speaking as a chimp at a keyboard, I know it feels better when I’ve thrown shit on the internet once in a while at a couple deserving targets.

But hold, that thing I did right there? That’s a sign I’m not really a serious writer. Because apparently one of the things that can mark you as not being serious is being self-deprecating. Calling myself a chimp, implying that what I write on the internet might be shit, these things are marks that I’m just trying to provide myself an excuse for failure.

I know because I was informed of this over the last couple of days by that aforementioned tweet. It was spread around quite a bit, brought to my attention by a retweet rather than seeing the original. And, as I said then, I really wish someone would have told me I wasn’t serious before I self-published two books, because that would have saved me a lot of time.

The thing that bothers me about the concept is that it was told to everyone as one of those cookie cutter, post to facebook, self-help bullshit quotes that gets passed around like the greatest wisdom ever. “Oh, if you’re really serious, you won’t be down on yourself, saying things at your own expense, or collapsing into emotional issues.”

So then what the fuck was Stephen King’s problem?

“I am the literary equivalent of a Big Mac and Fries.” — Stephen King

Or how about this gem from Ray Bradbury?

“A conglomerate heap of trash, that’s what I am. But it burns with a high flame.” — Ray Bradbury

Or maybe this one from Grisham?

“I can’t change overnight into a serious literary author. You can’t compare apples to oranges. William Faulkner was a great literary genius. I am not.” — John Grisham 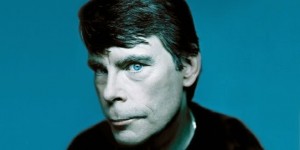 The only measure of whether or not you’re a serious writer is if you write, keep writing, and put it out there. If you can do those three things, feel free to talk shit about yourself all you want, because being humble and honest with yourself, but still going forward…

Is a great thing.

(I write novels. This was a late, short post, but mostly because I’ve been fighting off a stomach bug the last few days. I’ll get back in the swing, I assure you… or you can stalk me on twitter.)

One thought on “All You Have To Do Is Try”