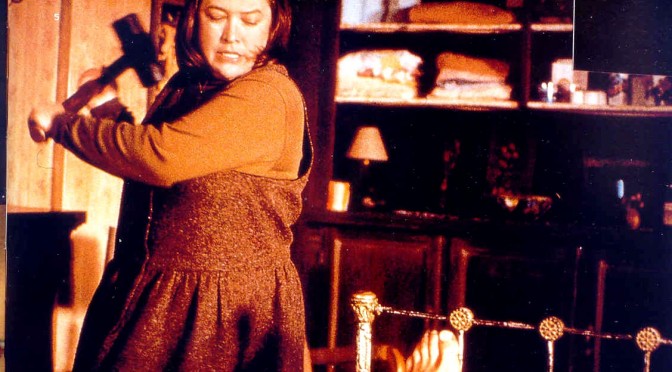 As I write this blog there are a lot of times I reference the work of more successful people (because, let’s face it, I can’t talk about myself like that just yet). Often it’s with a lot of respect and reverence. I absolutely respect the likes of Tolkien, Asimov, Dick, Twain, Verne, Rowling, Fitzgerald… and this list might go on too long if I keep at that. On the other hand, there are some names I have such distaste for that I tend to not even mention them while quietly jabbing their direction. 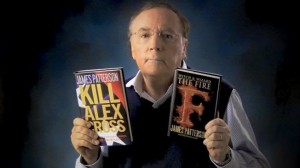 But there’s one name I reference a lot where I imagine some people would be a little confused about my stance. There’s a guy that I mention both with respect and with some seemingly harsh (but tongue-in-cheek) remarks. On the one hand, I mention his work ethic with great reverence and see him as a master of the genre that made him famous (and others). I’m a great fan of his work, especially the work outside of his usual genre. But then I will also point out that he might be out of his god damn mind. I know you’ve seen the title of this post, so we all know who I’m talking about… 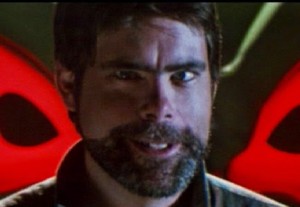 And one would have to wonder how I could suggest he’s a madman while following it up with “who I respect greatly”. Well, simply put, being a prolific writer and bonkers are not mutually exclusive (lucky for me). And, let’s face it, Stephen King proves it…

Stephen King Is Crazy And It Works

One of the things that I said not too long ago is that no one really had the right to tell you that you’re not a serious writer if you try your hardest at it. That’s still totally true, but in the course of writing that I said that it was ridiculous for someone to be judged based on the word count they cleared in a single day. Later, I then quoted several authors who had shown some humility about their own work compared to the rest of the world. The thing is, two of these, one in judgment and one in humility, were said by the same guy: Stephen King.

You see, Stephen has a rule that he says all writers should follow. On the surface, it’s a simple one and it should be easy to accomplish, but I know more than a few writers who just can’t do what he asks of them (mostly due to day-jobs). The rule: read or write for 4 to 6 hours every day. Also, he happens to suggest everyone should write 2,000 words a day. In the mind of Stephen King, these are perfectly reasonable requirements of all people who would want to be writers. 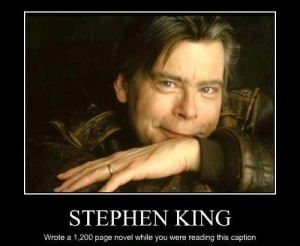 But, I don’t know about you, I know a lot of people just starting who can’t do that every day. There are people with day jobs, other responsibilities, and life in general getting in their way. They don’t quit, they keep at it, but they do it in the margins of their life and make as much room as they can to keep going forward. And I know that for some of those people this commandment from on high can be a pretty demoralizing requirement. If you can’t live up to the guidelines of someone that successful, can you really expect to be successful yourself?

When someone reminded me of this, it made me stop to consider the conflicting nature of Stephen King as a figure in the writing community. Because, let’s be honest here, Stephen King has a phenomenal work ethic and I totally believe he did that 6 hours every day even when he had a conventional job back in the day. But, by the same token, he drove himself so far beyond reasonable stress levels that he blitzed himself into a blackout state and woke up with a book about a killer dog. 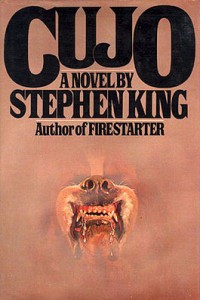 This sort of thing happens a lot in the writing world. We have a lot of really big icons who were lushes, drug addicts, or just plain eccentric. Mark Twain’s wit and character also came with a lot of rough edges. Hemingway was known for inserting himself into war zones and breaking the rules of war by becoming an armed journalist on more than one occasion. Lewis Carroll wrote Alice in Wonderland based entirely on the fact he was pissed off at the idea of imaginary numbers. And, of course, Jules Verne accidentally became enamored with cocaine wine.

Roughly speaking, every generation or era has at least one really out there person who becomes legendary – Stephen King is just the most recent. Theoretically you could count Alan Moore as crazier…but that would require you could classify what exactly Alan Moore is.

And it’s not just the drug use, the man’s a little weird in general. He’s known for optioning out his books time and time again to be turned into fairly lackluster movies, with only a handful of them being any good. Most of them are B-Grade direct to TV pieces of crap and he’s just fine with it. But the best known and best loved movie to have ever been adapted from the work published under his name (more on that later) ended up being one he hated so much that he actually went out of his way to remake it into a straight to TV miniseries. 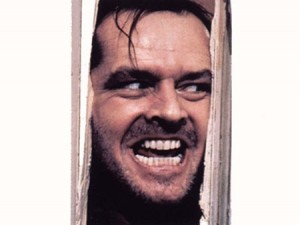 Now that’s not to say that The Shining miniseries was horrible, but he was grinding that ax for 17 years by that point. And that’s not the full extent, because the same sort of mentality led him to working on way crazier projects like “Maximum Overdrive”. If you’ve never heard of it, go ahead, look at this, and realize this is something he did because The Shining didn’t meet his standards and he was too high to realize it was a bad idea. Sixteen years later, after someone lost an eye, King referred to it in an interview as “a learning experience”. And all this time, while he continued to hate The Shining for all it was worth, he was allowing shitty straight to TV movies to be made without so much as a hiccup.

For a while this baffled me. On the one hand, Kubrick’s work in general was poorly received in that age anyway, most of them only getting positive reviews in hindsight. But few have gone out of their way to not only try to top the guy but do so completely solo. It wasn’t just that Kubrick’s adaptation offended King, he temporarily lost all trust in directors and didn’t regain it until an $18 million lawsuit made him realize it was harder than it looked. However, even after that lesson, his intensity doesn’t end at people adapting his work and the more you know about the man the clearer that becomes. 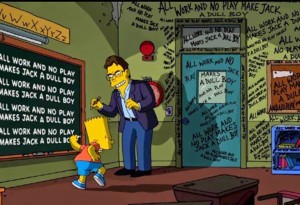 King has long used pseudonyms to get around some publishing politics of yesteryear where authors were only supposed to release one book a year. The concept itself is baffling in the modern day as James Patterson releases 15 under his name almost religiously now, but back then it was getting in King’s way. So what was a man to do? He picked up the pseudonym of “Richard Bachman” and went to work on doing what we know King best for – writing two to four novels in the time it takes most to write one.

But then something happened that almost all people with a pseudonym hate happening – he got outed. Now, for most, this would just be mildly embarrassing and they’d stop using that name or use it for some branding. King decided to do it his way and kill Richard Bachman before releasing more works under his name “from the estate through his widow”. How far did he take it? When The Running Man was adapted into a film, King convinced the studio to keep his name out of the credits and solely credit Richard Bachman – the fictional dead man. 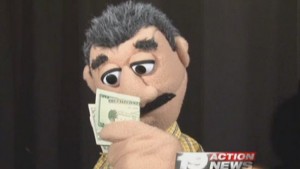 Oh, and Richard’s ’cause of death? “Cancer of the pseudonym, a rare form of schizonomia.”

But I think the last real evidence of Stephen King’s intensity (besides his work in general) would have to be when a mini-van ran him over in 1999. Some are familiar with the story, some are only aware of it because of a joke made by the Simpsons, but it still happened. Walking along the shoulder of the road near his home in the summer of 1999, a driver came up behind King in a mini-van and struck him. King was hospitalized but, thankfully, recovered. For most, this would be the end (aside from potential lawsuits), but that’s not how King rolls. No, instead, King bought the mini-van that hit him so he could literally take a sledgehammer to it.

That, in itself, sums up how I can respect a man and also think he’s not quite completely on the same page as everyone else. When Stephen King gives you a semi-unreasonable expectation for how much work you should be doing per day he’s not asking of you anything he wouldn’t do himself. He gave that advice not out of judgment or elitism, but out of the fact he genuinely did that himself and more. And the thing is, I feel as though if he wasn’t as intense, we wouldn’t know who he is. But an intense Stephen King was exactly what we got and he’ll be remembered forever because of that – right next to the likes of Mary Shelley and Edgar Allen Poe.

And that’s where I put him in the hierarchy of our community. I’m not of the mind that you should always respect successful people just because they’re successful. The only times I don’t take a swing at someone is when it’s punching down. But even if I didn’t feel that way and felt that you shouldn’t punch up either, I don’t think it would matter – because you can’t punch high enough to hit someone on King’s level. Really, the only person who could ever erode or damage King’s image was King of the 1980s…

Though, try as he might, he couldn’t quite do it either.

(I write novels. Someday, I hope some punk takes a swing at me and calls me a nut too. Hell, if you want to do it, try it on twitter!)