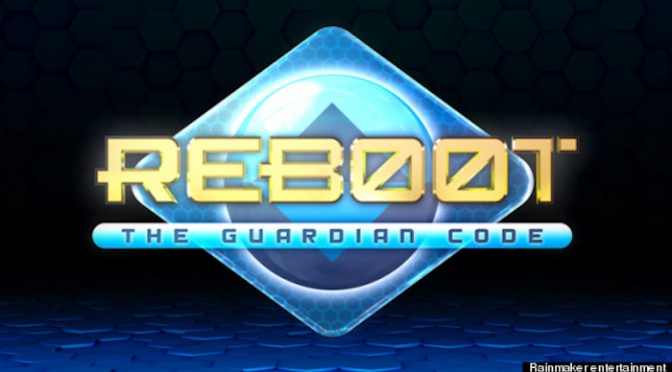 So… why would they do that? 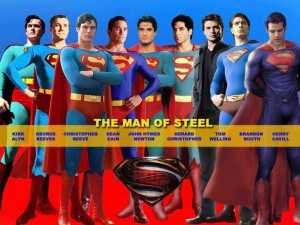 From the outside, it’d be understandable to think the creative community has had its well of ideas run dry. There are so many years where reboots, sequels, or adaptations dominate all ends of the spectrum. Reboots, remakes, reimaginations – these are particularly egregious in the eyes of the community and they’re almost a constant. In film you see at least one reboot or remake a year in the last decade. Comic books are rebooting entire lines all at once just about once every five years. And television? Season 2 of The Odd Couple starts April 7th. 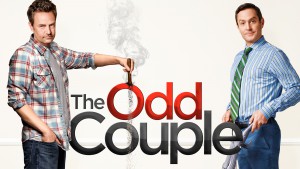 But every writer in the world knows that they have ideas that they don’t see out there. Everyone has an idea that they want to see done but just haven’t before. Sure, these ideas may not be unique to specific people, nor are they always 100% original, but they exist none-the-less. The human race is a creative collective and we’re constantly changing the world around us. We’re so creative and so transformative that our very existence will one day be traceable in the geological timescale. How is it that an industry consisting of humans could somehow not have any new ideas?

And the answer is: they totally have new ideas, and that terrifies them.

Something to remember about most creative fields is that it’s still a business. But, more importantly, it’s a business that has experienced a few collapses in the past. The publishing industry has been struggling for years, to the point that they’ve long ago given up on doing some of the things they did in the past. The comic book industry went essentially bankrupt in the mid to late 90s. And the film industry has, on several occasions, been completely remapped based on stupid business decisions biting them in the ass.

So what does this mean? Well, for the most part, businesses hate risk. People love risk, risk is something that makes some of us feel alive and gives us hope that we can achieve something greater than ourselves. But businesses, generally focused only on their personal survival, want to avoid danger whenever possible. And the larger the industry gets the worse that feeling becomes. In the days when media was able to produce cheap, low quality product in bulk, many of these industries were willing to chase down risky ventures with piles of money. Once upon a time, the comic book industry actually avoided Superheroes because they had fallen out of style following the end of WW2. But, because the actual cost of production was manageable in those times, someone was eventually willing to gamble on the genre again.

This isn’t quite so true anymore. The average print run of a comic book in today’s market is at least 30,000 units and sometimes upwards of 100,000. This is a horrible cost, and in the 90s these runs could hit almost a million units. If a million units fails, which they did a couple times, it could take down the whole industry (which it did). As a result, the comic industry today is less inclined to take those risks that the industry of old took no more than 50 years ago. Old licenses will be protected to the death and will sometimes long overstay their welcome while new IP will generally be discouraged.

In fact, back in 2003, Marvel Comics dusted off a long out of use imprint under their company known as Epic Comics. Epic was attempt made by Marvel to offer creator owned works and also open up their submission process to the world at large. The idea of “creator owned” was primarily to keep their current talent inside the company and away from possibly publishing with a competitor like Dark Horse or Image. But the other half of the equation, to shop for new talent, came with a warning. Despite pitching itself as a label meant for creator owned properties, Epic’s submission guidelines actively discouraged new submissions from pitching ideas that didn’t involve already established Marvel characters. The reason? “Creator owned characters may not sell very well.”

So then what, exactly, was the point of the label?

The truth is, at that time, Marvel was still smarting from when a group of talented individuals jumped ship to start their own label in the 90s. Image comics was founded on the fact that their best talent all had ideas of their own and wanted to leave to work on their own property. So when rumors started to swirl that the same could be happening again, they created a new place for those people to go without leaving the company. The other half of the label was just meant to push old IP into the hands of cheap labor. In essence there would be no risk, no heavy cost, just profit.

The comics industry had learned a lesson that runs counter-intuitive to the very concepts of being an artistic industry: discourage creativity to secure profits. And, unfortunately, the same can go for television, film, and to a lesser extent even books.

In the old days, a television production was a single take, a single camera and generally with a single set. This even went out live a lot of the time, commercials often worked directly into the show as it went with cast members stepping aside to do the commercial they were paid for. But now, even the smallest of productions are working with far more than one camera and an episode can take days, even weeks to film depending on the complexity. Productions gained in quality, gained in complexity, and gained in cost. The opportunity for smaller productions to make a big impact are minimized and the competition for ratings are more fierce than ever. So, often, something which can be considered too costly will be cut long before it has had an opportunity to gain the audience it needs to support itself. 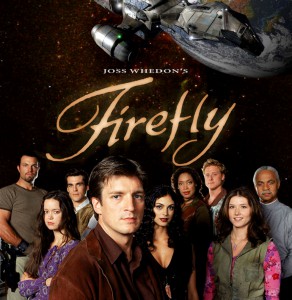 Film, similarly, has seen its budgets explode to hundreds of millions of dollars per production, with advertising budgets nearly as large. The typical film lead makes more in a single production than almost everyone else makes in a lifetime. Special effects have gone through the roof and sometimes are even used for situations where you wouldn’t expect them at all. Even Ian McKellen was shocked to see how far it had all gone as he sat by a green-screen, eventually breaking down from the fact he was now dealing with props instead of people.

So how does this all tie back into those ideas being remade over and over? The simple but sad answer is, while new ideas certainly exist and are almost everywhere – they’re rarely “safe”. Old ideas, while perhaps a bit stale, have already proven themselves. Essentially, almost every idea comes to the table with the creative equivalent of a credit score. Like a bank, studios and publishers look at each new idea and ask whether or not they can trust the person/idea in front of them with their money. New ideas, while fresh and exciting, are also typically sitting there with no credit at all. But old ideas? They’ve been tested before, their credit is known, and judgments can be made based on that. Spider-man films? Good credit, even after their recent stumbles. But it’s been 20 years since Cutthroat Island bombed and it’s still the worst bomb of all time when adjusted for inflation. It’s safe to say you’re never gonna see a Cutthroat Island reboot – at that point it would have to be a resuscitation.

In the book world, thankfully, reboots and remakes aren’t exactly common. A few have happened here or there, but they generally only happen when there’s a tie-in movie involved. It’s one of the things that the struggling publishing industry has thankfully never latched onto. But one thing you will notice, motivated by the same pattern of thinking, is that the publishing industry will be more willing to devote their time to a specific genre or trend for a great deal of time. One supernatural romance novel takes off and you will inevitably see a dozen follow in its footsteps. Is it because those are the only “good” novels being made? No. But they’re certainly the only safe ones at that moment.

Now, for those writers who may be reading this, I don’t sit here looking to discourage new ideas like Marvel did a decade ago. I still believe in the power of new ideas and new properties. But I do present this to you as a warning about what many of you are likely to face out there. You’re going to find that, sometimes, a great idea is going to face push back that you didn’t expect. It’d be easy to see that push back and wonder if maybe the idea itself is just bad. But that’s not what’s getting in your way. Your “credit” is just probably not good enough to get it through… yet.

Don’t abandon those old ideas, don’t tell yourself that they failed because they weren’t decent, and don’t give up hope that you can get it through. Over the years, as you fight harder, you’ll either convince people to overlook your credit or show them that you personally are worth the risk.

Meanwhile, for those of you who are just in the audience, the best way to stimulate innovation in the creative industries is to reward the few times it happens. Every time you watch something unconventional and unproven is another time you tell those executives that you’re willing to stand behind something experimental. Believe it or not, once upon a time, Star Wars was seen as a horribly dangerous gamble – so much so that George Lucas negotiated to go without pay (but smartly chose to keep the merchandise rights). Decades later…

The industry is clearly hooked.

(I write novels and I tweet. For now, my creative credit is… interesting….oh, and PS… they’re rebooting Reboot) 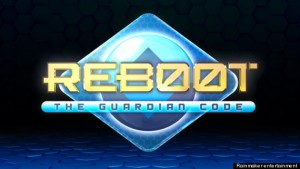