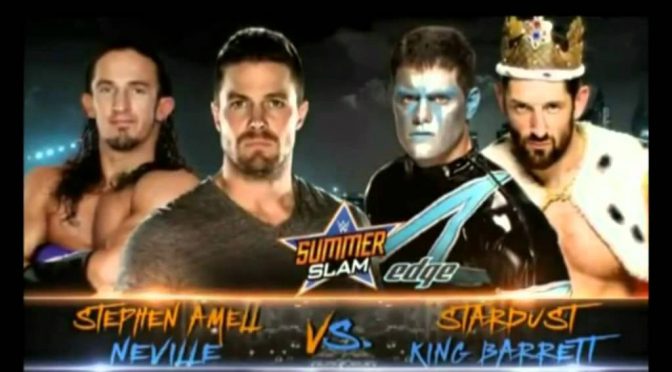 For a long time I’ve held that anything can be used to improve your writing. As I’ve said more than once, “all things are kung fu”. And this is often something that I tell other writers I meet because I want everyone to find new avenues to follow. To my shock, some of those people have come back to inform me that I actually know what I’m talking about, which is in part why I got started working on this blog. But sometimes I’ve drawn lessons and inspirations from things that most people just wouldn’t have ever considered rationally.

The reasons are simple, despite the fact I’m knowledgeable in the field, I’ve never had a formal education in it. There’s no shame in this, neither did Neil Gaiman or Ray Bradbury, but it does mean that I had to learn through odd methods. Neil jumped straight into journalism and writing non-fiction to help him learn how to write things in a clear, direct fashion and get readers interested. Ray taught himself by going to a library zealously until he could learn everything he needed. But me? I don’t live in a place with a good library nearby. I’ve never had access to reasonable resources.

So what I have used to teach myself are the internet, shelves of old books given to me by family, and the knowledge that everything in life can be studied. For instance, you can learn a lot by talking to people you have very little in common with – especially if they conflict with your world view. You can also learn a lot by talking to complete strangers, even if the world is full of people afraid to do that as of late. There’s always something to be learned by wandering through places you’ve never been. And sometimes, while many would tell you to read everything and watch everything, it’s often overlooked that “stupid” entertainment can still be a great teacher too. 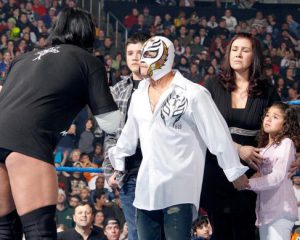 When I say pro-wrestling I’m sure a lot of people had an instant reaction to the term. Yes, it’s fake, and most of the people who watch it have been well aware of that since around the same time they stopped believing in Santa Claus. Yes, it’s full of near-mindless violence and melodrama. Yes, sometimes it is full of bullshit. But at the same time I have to point out that it’s no more fake than Star Wars, no more violent than most action movies, and no more full of bullshit than your average fantasy story or Soap Opera. Well…. most of the time.

Growing up in a family that’s watched it as far back as I could remember, I’ve grown up saturated in a culture that a lot of people wouldn’t quite understand. As one of the universally agreed upon “stupid” forms of entertainment, it’s hard to explain to people why I would continue watching it into my adult years despite knowing how ridiculous it actually is. There are a couple good reasons for it, however, like the fact that it’s something I shared with my dear grandmother as a child or the fact it demonstrates some excellent stunt choreography since the mid 90s. But one strange reason I keep watching is because I find it is an excellent case study for theater that I would recommend to a lot of writers.

The reason is, while many are more than willing to dismiss the format as “fake”,  people often overlook the fact it’s scripted. While not as scripted as your average prime-time drama, it is as scripted as daytime or reality television. And, fun fact, currently most writers in the industry have been recruited from Soap Operas and other genres normally found on basic cable or syndication. This generally hasn’t been good for quality, since it results in stories on pro-wrestling that are best left on daytime, but the fact remains that the hiring pools are the same and that means the formulas are pretty similar too.

It’s hard to tell at first glance, but anyone who watches enough wrestling would realize that it actually does follow story structure more often than not. Sometimes single matches may be used simply for stoking the audience and have very little story involved (the industry refers to these as “squash” matches, btw), but most of the time there is a structure to them. In longer matches you would find as the main event or a part of pay-per-views, you’ll even find that many will go so far as to follow a three act structure. And overarching story-lines across multiple matches for several weeks or months? They definitely follow recognizable structures.

In fact, after years of watching the product and seeing how things tend to unfold there, you can generally predict what matches are going to happen and when. So many matches happen so frequently that you get a steady stream of examples which create a solid framework of the formula in the back of your mind. The outcomes may sometimes be obscured, but even those can sometimes be predicted. And while you would think that would mean it’s too predictable, many shows of other genres tend to follow structures and formulas similar enough that the same analysis can be applied to them as well.

The reason is that almost every rule of theater is followed by the better professional wrestling shows and this means they’re going to tell stories (in rapid succession) that can be found elsewhere. Intrigue, conspiracy, murder plots – all of these are regular staples. And in the last few decades there’s even been a streak of the supernatural with cultists, demons, and one of my favorites: literal necromancy story-lines.

And the rules of theater they do follow are almost never broken. Case in point: at the most recent “Extreme Rules” Pay-Per-View for the WWE, the rule of Chekov’s Gun was the entire premise of a match where weapons were hung over the top of a ring. Everything that had been placed on that proverbial mantle ended up being used, and the hook of the match was how exactly certain weapons could be used. This eventually culminated in coming down to a single weapon remaining: a bucket. If they were to follow Chekov’s Gun and leave no obvious weapon unused, they would have to find some way to use that bucket. And, lo and behold, it was revealed that said bucket was full of thumbtacks.

Other things easily demonstrated in watching this product include how to make a good underdog, making a character sympathetic without making them look simply pathetic, and the line between “charming asshole” and just plain “asshole”. In fact, one of the media’s darlings as of late, Dwayne Johnson, demonstrated this beautifully during his career as “The Rock”. When his initial failed run as a hero (“face”) character resulted in him not winning over the fans, the solution at the time was becoming a villain (“heel”) and demonstrating that his quick wit and snappy dialogue made him too charming to hate. And that charm’s led to him being almost everywhere, carried by the same attitude that had been forged in the wrestling environment. Meanwhile, Mick Foley, one of the greatest character actors to ever grace the wrestling genre (and one of the craziest unofficial stuntmen of all time) carried on what he learned of story telling to become a successful author – even writing children’s books.

So then a lot of people would be asking about now: if it’s so similar to other genres in structure, why would you recommend the simplistic storytelling of pro-wrestling rather than one of these other shows? Certainly a better show gives you better examples, right? And while that’s true, there is something in wrestling that no other form of theater has… 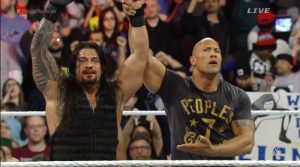 Instant and absolutely clear feedback. One of the hardest parts of writing is not knowing how an audience is going to respond to what you’re doing. It can be terrifying, even, as you try to guess the ways they’re going to respond to the twists and turns in your story, and it’s generally hard to get examples from other places. Typically getting feedback on storytelling is a long process and incredibly hard to reproduce. It can take days to find out how an audience felt about a single episode. It may take months to find out how they react to a book. But pro-wrestling has something built into it that no other form of entertainment really has.

In most theatrical settings the audience is encouraged to stay quiet and remain seated until the appropriate times. You’re discouraged from making noise or distracting the people on stage. But in pro-wrestling the exact opposite is true: the crowd’s reaction is part of the show and the worst thing to happen at one of these shows is to have a silent audience. In each episode of a wrestling program you’re going to have at least 6 to 7 matches, each of them with their own backstory, happening back-to-back with an audience that will voice their opinions loud and clear. In fact, these audiences are so clear that they’re likely the only kind of audience in the world that will chant their motivations at the show – regardless of what those motivations may be.

And this is an invaluable tool in so many ways I have a hard time expressing it. Being able to read a crowd so effortlessly and get opinions on ideas in real time over the course of 2 to 3 hours gives so much insight into the human mind. Even with the advent of social media, no other form of entertainment can have the sort of instant feedback that these events have because most things are in the can or on the shelves long before they can hear back from the crowds. Not so in wrestling, where you can have an entire crowd of thousands of people screaming “boring” or “you fucked up” at the stage as the story is unfolding. Then the next week, maybe the production changes directions in response to these reactions and you get to see how that worked.

In fact, sometimes this feedback is surprising and deeply insightful because you couldn’t have seen it coming. Things that look like they would work well on paper can fail miserably and things that you wouldn’t think should ever work can soar. As said before, Dwayne Johnson failed as a heroic character at first despite everyone in the world today knowing that Dwayne is a great guy. Still, as he went in, no one liked him because the character he portrayed was likeable but boring. Meanwhile, as he turned into a raging asshole, it turned out he was charming, funny, and witty. Suddenly, the crowd wanted to like this guy, much like how King Joffrey was the kid everyone loved to hate on Game of Thrones. Examples like this continue today and a look into a recent star by the name of Roman Reigns will show you in depth how something that should be popular can be almost universally loathed.

Roman Reigns is a great example of this phenomenon. From a distance, or before you got feedback, you’d think that this is the sort of guy who would go far with audiences. He cuts a heroic figure, he’s incredibly impressive physically, and he’s even the “cousin” of The Rock (complicated family story there). And yet, despite all of these things going for him, several things about Roman Reigns result in him not quite getting the reaction everyone expected. On paper, he should be a shoe-in. But in action?

Their reaction to him is the kind of feedback you’d never find anywhere else.

(I write novels, some screenplays, and this blog. I don’t get a lot of feedback, so feel free to boo at me on twitter if you’d like.)