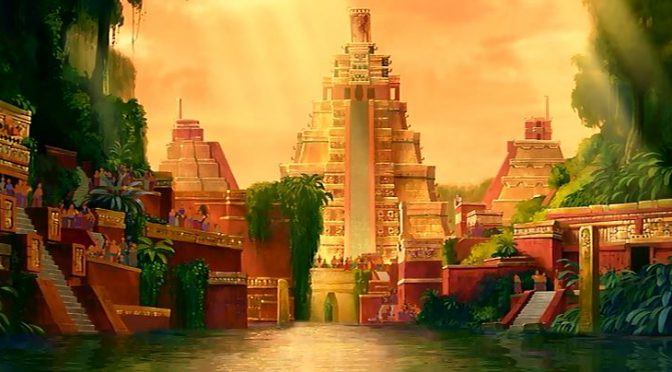 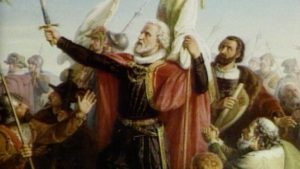 Having watched their base of power evaporate in Europe, the Knights Stellar and other Alter societies found themselves in a dangerous situation.  The loss of influence within the Catholic Church had made their once allies now their greatest enemies and soon the forces of nature themselves would also turn against them. With the introduction of the black plague to Europe, the human population became frantic and paranoid about who was among them. Many began to suspect witch craft, demons, or other creatures of the night where assailing them. Soon these people would be scouring their towns for any who did not get sick – a pressing matter for Alter-kind.

The plague presented two key problems to the Alters. The first was that their natural immunity meant they were generally the ones who were not going to get sick. This would make it difficult for even the more human looking individuals to remain concealed within human villages. The second, far more dangerous, was that the plague was beginning to increase their numbers while decreasing the human population. Alters, descended from the First Ones and able to adapt when faced with sudden environmental pressures, would go from being humans with latent Alter traits to full blown active Alters in an instant. This meant that Alters, in dire need of safe haven to avoid exposure, were soon overwhelming what few enclaves they had left.

Similar situations in the past had been resolved by simply migrating to places where humans would have difficulty living. But, as humans continued to expand their reach throughout Europe, it was becoming difficult to find such corners anymore. With the Catholic Church applying pressure to their kind and the rise of witch hunts that were slowly getting closer to finding actual witches, the Alters needed new land to flee to. It was time for them to reconnect with the lost civilizations in other parts of the world. 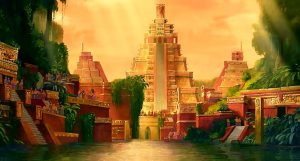 As of the time of the fall of Rome centuries prior, the most obvious place to go would have been Mu on the far end of the Asian continent. However, by the time of the black death, few Alters were aware of Mu’s existence and none had any contact with them. With the Mongols having come from that direction in the late 13th century, many were unsure it even existed anymore as the Mongols apparently ruled much of the continent at the time. The answer for many was to begin using the one point of leverage they had over their neighbors – human greed.

Convincing the Europeans that Asia was a land of riches worth establishing trade routes to was quite easy. Using their scant remaining contacts to feed this idea to the courts of nobles, the idea was to use these expeditions to both establish safe routes to the East and also confirm that Mu even still existed. The Europeans, on the mend from the plague and familiar with stories of Marco Polo’s own journeys half a century earlier, were easily swayed to begin making these trips to the far east by any means necessary. 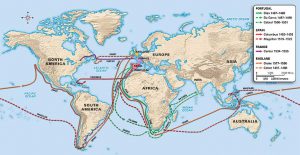 Ships from all corners of Europe soon began scouring the seas for methods of reaching the far east. And, with every expedition to begin, Alters waited on bated breath to see if any word would come back of the land of their long lost cousins. However, while the stories that returned were quite fantastic by human standards, few gave any hope to the Alters that the land of Mu still existed anymore. Though many wanted to figure out what had happened to these people, especially as so many of their own had gone there only a few hundred years ago, the risk was too great for Alter leaders to approve. A new solution would need to be found.

Fortunately, an idiot presented himself as useful. 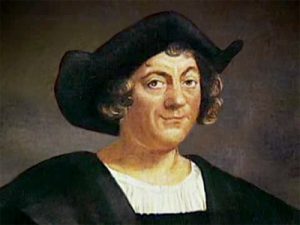 Christopher Columbus was one of the few to have the moronic idea to travel to China by sailing due west over the western horizon. Though much of the world, and all those within educated circles, knew that the Earth was round since experiments conducted by the Greeks in antiquity, Columbus was under the mistaken impression the Earth was considerably smaller than scholars knew it to be. Under Columbus’ mistaken impression, the trip to China would be relatively short compared to the routes requiring a complete navigation around Africa and through the Indian Ocean. But most scholars, advisors, and nobles knew that the man’s measurements were terribly off. As a result, few were willing to even hear him out due to the expectation any expedition would find itself starving to death half way across the vast ocean they expected to be there.

Word soon reached the Alters of this madman trying to sail completely around the globe and his repeated rejections by those in power.  Younger Alters, unaware of the full history of their kind, were just as amused by the man’s crazy idea as any other would be, but the older Alters soon saw opportunity in this. Many of them were either a few generations removed or even the ancient survivors of the long lost Atlantean Empire who knew of the two continents on the far side of the Atlantic Ocean. Though their maps were primitive and clearly out of date, it was well known among the oldest that Columbus would make landfall on their shores and, potentially, reconnect with the lost remnants of their old homeland. Convincing the Spanish nobility that they should trust Columbus’ idea, their stooge soon set sail with Alters in his crew to keep an eye on him. 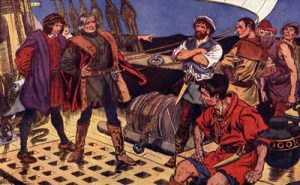 The voyage was a success and the Europeans became aware of the New World, but at an incredible cost. Lacking the significant livestock of Eurasia, the Americas had few major animal transmitted diseases that the Europeans had long adapted to. This meant two things which smashed the hopes of the Alters in Europe. The first is that the Alter populations in North America were even more rare than in Europe, rather than being the thriving civilization they had hoped for. The second, a devastating blow, was finding that disease carried by the Europeans quickly laid waste to the native populations of the New World. The hope for contact with friendly faces soon faded and it became clear that it was time for them to simply strike out on their own.

Over the next centuries, using the human colonization efforts as their cover, Alters began to flock to the Americas and looked for the remnants of their long lost brethren. Unfortunately, thanks to the growing European colonization efforts and lingering disease, they found little more than death. The pockets of Alter civilization in the New World were more splintered and isolated than even their homeland, and few were of a culture that the Old World Alters could recognize. The only saving grace was that the addition of new land meant that the Alters could spread further and avoid contact easier than before. Even as colonization of the Americas was in full swing, it was easy to etch out their own territory in the vast wilderness of the new continents.

Wondering what happened to their ancestors, many soon began to explore the continents more thoroughly in hopes of finding ruins of their ancient civilization. The native Alters seemed unaware of it even existing, long adopting new cultures and cutting all ties to the Atlantean way of life. But legends persisted of lost cities within these new lands, places which held great treasures or mysterious forces lost to even those who lived around them. Stories of legendary cities such as Aztlan, “Z”, and El Dorado all became objects of great interest to these Alters and the European settlers. But, while the Alters hoped to find signs of their lost cousins, the other Europeans…

Only saw an opportunity for fame and fortune.

(I write novels, set in an alternate future in the world of this alternate history. Meanwhile, if you want more finer minutiae and odd facts of the world, check out my twitter for the #AlterFacts!)