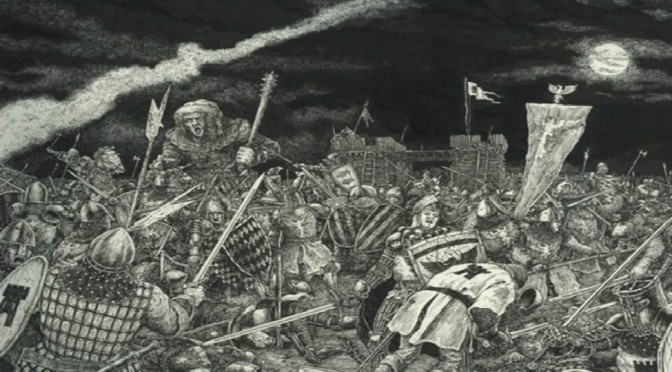 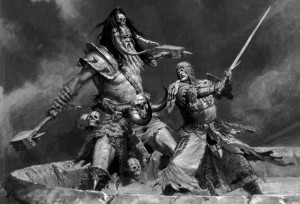 At the dawn of the Middle Ages, as the Roman Empire collapsed in the west, Europe fell under the control of the same powers that had battered the old order into submission. A rejection of the thinking of antiquity and the chaos to follow the sudden loss of a single controlling government resulted in the destruction of records – both old and new. As writings became scarce and Europe splintered, a period colloquially known as the Dark Ages came to pass. Though often refuted by historians as inaccurate due to its connotations, the term does happen to mark a period of time when much of the happenings of Europe became obscured.

This was a period when Alters began to rally once again.

Beginning with the Plague of Justinian in 541 AD, humanity began to see an increase in epidemics that brought about an unforeseen effect. The bloodlines of the Atlanteans, now long diluted in anyone who was not already an Alter, began to reawaken under extreme pressure. Like the First Ones of millennia past, their descendants had traits activate in response to their environment. Stories of inhuman creatures began to spread across the world as, in the wake of the plague, there were suddenly creatures which invoked the same sort of power that once belong to the “gods” of ages past. Though stories of killing such creatures were something of legend, few believed they could have really existed by the 6th century. A new resurgence of Alters was putting an already stressed population on an even sharper edge. 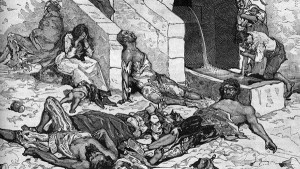 The practice of witch trials became common place in these times. People paranoid about the potential outbreak of disease or the coming of creatures would point fingers at each other over the concept. Many who were killed were, ironically, mainstream human. Those Alters which were not visibly different from human generally had abilities that prevented them from being discovered. Over the course of the next millennia before the practice started falling out of favor, nearly no actual Witch was ever discovered during one of these trials. However, despite the futility of these efforts, the Alter community was under a great deal of pressure. 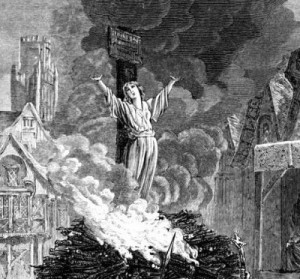 Having already been hunted and put in exile in the previous era, Alters across the world now hid in small communities across the world and remained in constant fear of being discovered. The old guard, once known as Atlantis and then as Olympus, was well aware of this growing fear within the community and knew there was a potential to use the chaos of Europe in their favor. Rallying the Alter population together as much as possible, it was their aim to take advantage of the disorganized mainstream humans and reconquer the European continent. Taking advantage of the migration period that was underway after the fall of Rome, and the movements of “Barbarian Hordes”, Alter armies started to quietly conquer land under the banners of human armies.

However, while long scattered to the winds themselves, the remnants of the Olympians’ opposition was still lurking as well. Realizing that control under the old guard was detrimental to Alter and Human alike, there was a growing concern that this new tactic of striking under the guise of a human army would make it difficult to strike back. After all, should an army of Alters (what few remained on their side) rise to fight what appeared to be a human army, there was potential that it could rally all humans against them. Lucian, now one of the oldest Alters in the world, had an idea born of a previous failing.

Though the plan to use Yeshua to unite the races had failed, his followers had begun to form a religion following his passing. This religion had become a catalyst for negative actions against both knowledge and Alters in general, but it had created a growing population of devout followers. These people, now becoming a dominant force in the centuries leading up to the Alter resurgence, presented an opportunity. Lucian, using connections with the Magi that had been present at the actual birth of Jesus, began to organize Christians into a militant order which could be used to strike back in secret. By bringing Human and Alter alike together against the growing threat and using their faith to unite them as had once been planned, Lucian formed what would be the first Monastic Order of Christian knights following the fall of Rome.

They would be retroactively known as the Knights of the Order of the Bethlehem Star, the Knights Stellar, and they were history’s first “vampire hunters”.

Equipped with weapons constructed by Elves, Dwarves, and Gnomes – the Knights Stellar were uniquely qualified to fight the Alter armies in a silent war. Many were survivors of the Plague of Justinian, several orphaned by the events, and more than a few had survived by way of converting into Alters themselves. Each knight was allowed independent operation, connected by messengers and tasked with specific regions to watch over. At their peak, while records are unclear, estimates suggest they had several hundred members across Europe and the regions around the Mediterranean.

Unlike monster hunters in the past, the Knights Stellar were not dedicated specifically to the extermination of Alter-kind but rather the suppression of hostilities. This meant they were, in the eyes of those who knew of their activities, neutral between the races and would as frequently put a stop to a witch trial as they would to Alter-led raids on villages. To ensure that they did not endanger the entire order, secrecy of their identities and activities was a supreme concern and few, if any, were ever identified in official records.

Because of this, interaction between two knights was often kept between those who had previously worked together or those who could provide specific identification to others. This identification generally involved a brand marked on an undisclosed location on their bodies and a specific ritual to greet each other. Should anyone be missing one of these elements upon meeting and claiming to be a member of the order, a Knight Stellar was instructed to arrest the person in question and even kill them should they not come willingly.

Few successful infiltrations were recorded as a result.

The Knights Stellar continued for several centuries, operating in the shadows even as other Monastic Orders began to form. Rumors of their existence were disregarded as legend and any writings of their existence were quickly destroyed by the Catholic Church as it grew in power. Because of this, what remains of stories of Vampire Hunters merely speak of their methods and a few figures which happen to have made a name for themselves in more modern times. The likes of Van Helsing, considered just a fictional character since the publication of the novel Dracula, has long been known by Alter scholars to have been an instance of a knight’s activities being recorded…