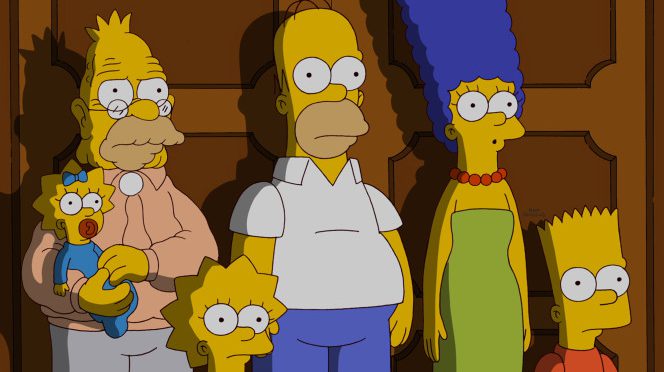 Serialized fiction, the stuff that you figure is going to run for years, maybe even decades, is full of perils. As the years go on there are some key questions that have to be answered. Are these going to tie together into a single complete story? Are they simply episodes in these characters’ lives? Do I want to keep my cast safe with the infamous hero bubble or do I slaughter everyone like George RR Martin after a bad day? These are all major decisions and everyone approaches them differently.

But one of the most complicated questions is how far does your protagonist move from one entry to the next. There are four general directions you can go and they require you to answer all those previous questions in the process. You could have a character stay on the straight and narrow path, progressing but not necessarily “changing”. You could have them veer wildly off course, being sent down darker roads or into morally ambiguous situations. And, finally, you could have them not really move at all. You could have them remain static or let them stagnate so that each story features the same immobile person. Those last two, static or stagnant, may sound a lot alike but there is a very key difference between them:

Is the audience going to stay with them? 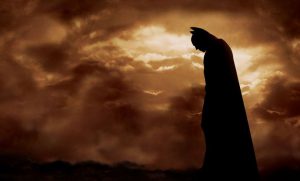 Though rarely identified as such, a lot of fiction features static protagonists. These are usually the characters who exist in a state where you could take any two stories within their series and not feel as though you missed something in between. Sherlock Holmes, for all intents and purposes, is much the same in his early stories as he is in his later stories – aside from gradual changes in the writing style of Sir Arthur Conan Doyle. And, in fact, few casual fans of the character would know that he did actually die for a period of time and was brought back only when the publisher convinced Doyle with a mountain of money. Several of the most iconic sci-fi characters are also fairly static. Captain Kirk was the same adventurous spirit from episode one of the original series right up to his final moments.

And it can be hard to separate these characters from those that stay on the straight and narrow path. Some characters can progress over time while not actually changing the core of who they are. Harry Potter is an excellent example in recent years of someone who progresses without exactly becoming a different person. Over the course of 7 books Harry starts out as the boy with a good heart who just wants to find a place to belong and ends as much the same. However, unlike static characters who don’t really grow over time, he learns to be more defiant for the sake of the greater good, takes greater responsibility on his own shoulders, and finds the courage to stand up to (sometimes literally) unspeakable evils.  You could describe his character in a single sentence, but there are still marks of growth and a visible character arc in the full series. 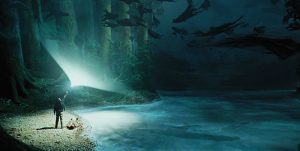 Meanwhile, static characters are less about their ongoing story and more about what they represent. They’re iconic and changing them is rarely accepted well by the audiences they’re targeted towards. Sherlock turning towards a life of crime or joining the police forces to become more legitimate would seem out of place for him, even contrary to the fiber of his being. Kirk settling down and becoming a conventional admiral who gave orders from a desk would feel wrong. In some cases these characters remain the same so long that later stories even have them take note of it. Kirk’s last (classic) appearances were about how he regretted putting a life of adventure ahead of everything else – and then he promptly did it again. 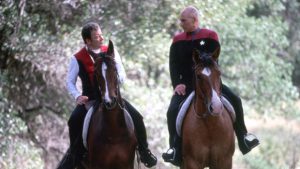 It’s not that these characters don’t change ever, just that when they do it is less a progression and more a reinterpretation. Sherlock Holmes is the example I use now because he has been reinterpreted so many times that no two people have the exact same image of him. But we still recognize it’s the same character regardless because that core of who he is has never really changed. Even homages are easily detected because, despite any changes made, they’re still the same guy that Holmes always was – flaws included. 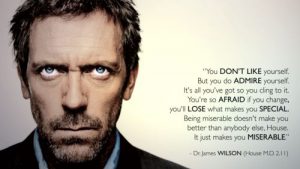 The static character in serialized fiction is often archetypal, maybe even defining an archetype for later creators, and will remain timeless despite their lack of movement. You could write a story using them in almost any time of their life and they would simply be the character that everyone expects. King Arthur, Robin Hood, Tarzan, Zorro, and countless others are all examples of characters who fit this mold and continue to see success when new adaptations are made (provided they’re faithful to the source). They simply are what they are, and people accept them for that.

But that’s where they diverge heavily from that other group. A stagnant character, while resisting change as much as a static one, often becomes dated and unwanted. They sit in a single place and eventually overstay their welcome for a significant portion of their audience. They could be iconic in their own right, but people grow to reject later stories in favor of the earlier ones. These are especially prevalent in places with a great deal of exposure like comic books, serialized short stories, or television series with anywhere over 100 episodes.

The difference, generally, is whether or not the static nature makes sense anymore. We meet people every day who aren’t very different from one day to the next, so their stories would be similar between those days. We’re okay with an episodic story showing each entry as a slice of this person’s life. But we also know that significant events can create significant changes. A character that dies and comes back from the dead should be impacted by it. When Sherlock Holmes died, his return was simply explained as faking his death – he never actually died. But in superhero stories and some television shows we’re shown the so-called “revolving door of death”, where people literally return from the dead, and start to see the cracks in the facade. Before long, the fact nothing is changing not only becomes obvious but completely counter-intuitive. And, in some cases, the fact nothing can change starts to degrade the impact of the stories too. 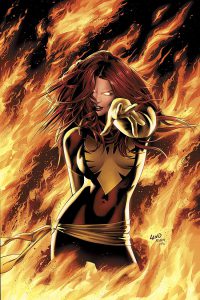 Over the last few years the CW show Supernatural has demonstrated how something like this could start to show its cracks. While still maintaining a pretty devoted fan-base, a lot of the audience simply grew tired of the endless repetition of certain events. In fact, the revolving door of death became so prevalent in the series that the most recent season featured a subplot where the forces of death literally told the Winchesters that their next deaths would be their last. This is not really a plot element you should ever expect to see (or need). And yet, it’s there. But a lot of people don’t actually believe it, and the ratings show that they aren’t quite as popular as they once were.

Similar situations crop up in other places where you have to take extremes in order to maintain the status quo. One infamous example among comic book fans was a Spider-man story known as One More Day. Seeing sales lagging due to the creators having no idea what to do with Spider-man outside of his original status quo, the editors mandated that he be returned to that status quo by roughly any means necessary. Their answer? Everything would be rolled back by having him literally make a Faustian Bargain with the appropriately named Mephisto. 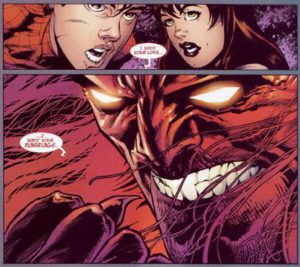 This is where a lot of older readers simply stopped accepting Spider-man’s stagnation. Though the numbers have improved in recent years, that’s generally from an influx of newer readers rather than maintaining the older audience. Not everyone was put off by this moment, but those who were have still not forgiven it years later. And this is the sort of thinking that started to give them problems in the first place. Whenever faced with problems in creative direction, comic publishers often have the “answer” to go back to square one. Hell, take note that every time they reboot Spider-man movies he becomes younger. It still hasn’t had time to overstay its welcome completely in the movies, but he’s been in the comics for over 50 years.

That’s a problem for some. You can’t maintain the status quo at the expense of the stories, you have to maintain it in response to the stories that came before it. If something would cause a significant change, you have to let it. If the core of the character would be impacted, it has to be done. But if each story is simply a slice of this character’s life, if the core of the character is given no dramatic reason to change, you can ride that out for all it’s worth…

(I write novels. They are a series, but feature a single (still incomplete) story. I also tweet, they are also a series, the character I portray there is much more episodic.)