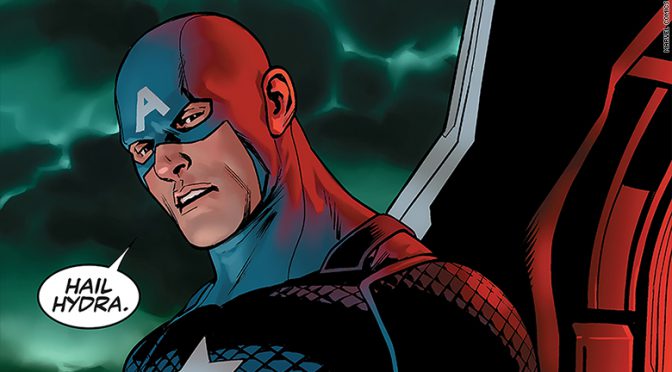 (Update 2: Turns out it was mind control and they flipped only a month later. The point in the article still stands, but that’s one of the fastest reversals I’ve seen in years.)

One of the things I’ve long known as a member of the geek community is that generally things happening within it aren’t that important. The ongoings of any given comic book, fantasy series, or sci-fi show is going to be overlooked by the rest of world more often than not. Even today, as superheroes and genre shows have hit mainstream success, other corners of the same culture will get overlooked. Few people knew who Miles Morales was, but he’s going to have an animated movie soon. Most people reading this likely won’t know that in the comics Superman just died… again. But once in a while something happens that’s big enough to change that: like a character speaking two words. 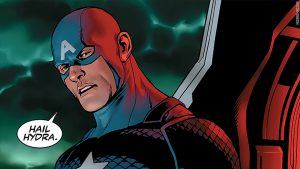 I’m not going to spend this post complaining about why this is a bad idea, plenty of people have addressed that since it happened. There have been so many posts out there talking about why this is not only a betrayal of the character’s history but of his creators. People have made eloquent arguments for why this would have run completely counter from what Cap’s creators would have wanted when they created him generations ago. Hell, there was even a solid argument that you should never have your hero do something considered too far for the Joker. 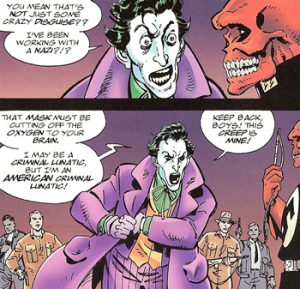 So there’s little I can add to that conversation, it’s been handled. We, as a community, know this was a really bad idea. Those of us who have been in the community for a long time know it’s temporary and that it’s going to be excused down the line. We also know that this is just the kind of gimmick that happens from time to time. But even if we’re curious where it’s going to go, we know it was a bad idea and we know that it’s going to leave a bad impression on those watching from the mainstream. They won’t read the comics and catch up on Steve eventually returning to normal after a while, and you can be sure that it won’t be as newsworthy when it does. So what you have is a gimmick that will leave a lot of people outside of the standard comic reader thinking that Marvel turned Steve Rogers into a Nazi.

So, one has to ask, why would Marvel do that? 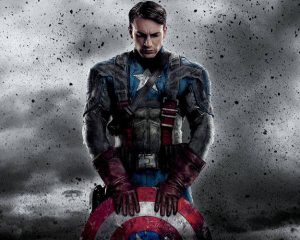 The first thing to get out of the way, despite what many would say off the cuff, is that Marvel isn’t stupid enough to think this was going to go over well. That’s not to say the company couldn’t make big mistakes, but generally the mistakes they make are not so obvious before the comics go to print. In theory, replacing Spider-man with a clone was a cute way to have their cake and eat it too. In theory, rebooting their characters in the late 90s to fit modern style was a good way to revitalize slumping sales. In theory, completely destroying everything in the Ultimate comics line was a good way to reboot the thing.

But there was no doubt that this was something that they knew would draw a lot of ire. If it wasn’t something they expected to shake things up, they wouldn’t have blitzed the press like they did. Sure, the response was pretty displeased, but it worked. Suddenly, everyone was talking about Captain America, the comic book character. And sure, you’d think that everyone is talking about Captain America lately, especially with Civil War doing great in theaters. But Civil War is part of the problem.

With so many people talking about Captain America as of late, especially in social media, it’s easy to forget that Cap is actually somewhere on the B-list in the Marvel Comics lineup. Frankly, while Cap is arguably the conscience of the Marvel universe, standing up for what is right since the beginning (until recently), he hasn’t been the heart of it for a long time. There was a time when he was a top draw and could bring in the money, especially in the golden and silver age of comics. But as the “dark ages” of the early 90s rolled in, Cap’s wholesome and upstanding image made him look archaic and unimportant.

It’s not that Cap himself was the problem, it was just a product of the times. This was a time when DC comics thought a good way to draw attention to Superman was to kill him. A time when Deadpool was better known for being a violent sociopath. An era where creators thought a great way to “fix” Batman was to break his back and replace him with a bloodthirsty killer.

Of course this wasn’t going to be when Captain America, a guy representing everything right with our country, was going to be the big man on campus. In fact, as the dark ages took its toll and nearly killed the industry all together, Marvel’s big plan to stave off bankruptcy and ruin was to sell movie rights to their properties. X-Men, Ghostrider, Daredevil, Spider-man and Blade were snatched up readily. Most of the IPs picked up were the kind of edgy material that sold well in the 90s, the X-Men being one of the few franchises out there that didn’t change much during the relatively gritty era. Spider-man has been the biggest comic property for merchandising for years. And really, the only real outlier to this was Fantastic Four, which was basically bought for having the most possibilities and a catalogue of some of the most iconic villains… which Fox has no idea how to use. 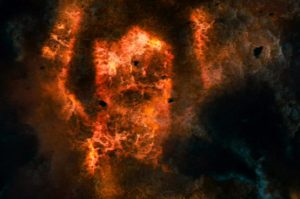 So Captain America was one of the properties that no one wanted back in the day, kept by Marvel for another time. It was because he was so low on the sales charts at the time that he could be used eventually as one of the biggest names ever. And, had it not been for that, most people today would still go on not talking about him at all. But, at the same time, his comic persona isn’t the one most people talk about. When most people talk about Captain America, they’re really talking about Chris Evans.

This results in a bit of a problem for Marvel on the comics side. You have a character who is drawing a ton of money but is failing to generate the cross-media momentum you would hope for. This is caused by a pretty common problem for serial media as it goes on. Look no further than the Simpsons to see how a single property can overstay its welcome after a long period of time causes them to burn through most possibilities. In terms of production quality, Simpson episodes are better today than they were 20 years ago, but the content dried up. Now, they’re stuck rehashing jokes, going to extremes, or poking fun at themselves – and the audience has reacted negatively.

Now take a look at Captain America and realize he’s been running in the comics for 75 years.

This is a situation you can learn more about by following that advice I gave last week. Like I pointed out before, the sheer bulk of mini-stories in rapid succession found in Pro-wrestling kind of makes them burn through ideas faster than most. As a result, they’re constantly running into the same problems within months that took the Simpsons years to encounter.  And, because of this, they know how to deal with it. Simply put: when a character stops landing with the audience, the ready solution is to shake up the status quo abruptly and dramatically. This generally works, but there are only so many ways you can really change it in certain environments. You can strip the champion of his title… 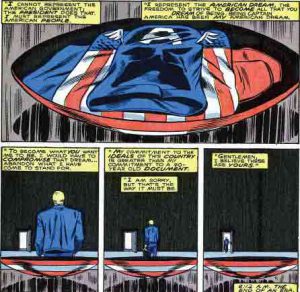 You can force a luchador to unmask… 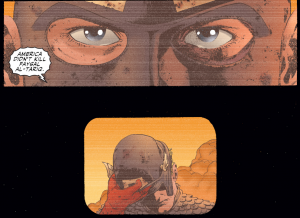 You can introduce an unexpected antagonist or break old alliances… 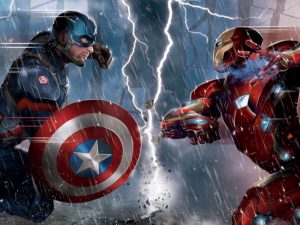 And, in an extreme case, you can kill the character off… 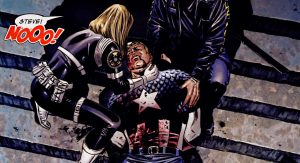 But the quickest, easiest, and most likely to work is something that the pro-wrestling industry refers to as the “Heel-Face” or “Face-Heel” turn. It’s a simple method of bringing attention and revitalizing a character. You take someone who is traditionally a good guy (“Face”) and you put him in a situation where he becomes the bad guy (“Heel”). For long running characters, especially those who have been almost universally good guys since the start, this is the kind of thing that can really change their entire career for the better – even if audiences get angry. Angry audiences are invested audiences, even if they’re on the verge of throwing chairs. 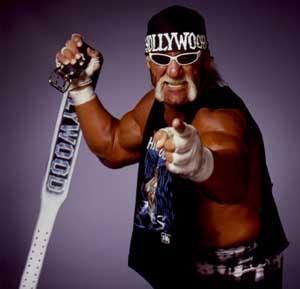 And the problem is, with a guy like Captain America, for him to be believed to be as a legitimate “bad guy” and not simply a victim or playing a long con, you have to go all the way. When left with few avenues for the character to go, you have to go as far as possible to make it actually stand out. Had Cap simply been brainwashed, it would have been overlooked by most as just a simple gimmick (which, honestly, it is anyway). But you make him join the very thing he’s fought forever and suddenly the world is noticing the character’s print incarnation instead of film.

Does any of this excuse the tone deaf nature of the decision? Not at all. It still remains the sort of mistake that shouldn’t be made for the sake of attention. And, regardless of their efforts, this will likely not change the readership of the Captain America titles for the foreseeable future. But when Nick Spencer, the current writer of the title, came to Marvel and told them he had a way to shake up the status quo, it was the sort of thing they needed. And from there they simply failed to think through all the implications.

For Nick’s part, he likely just wanted to leave his mark on the character, something memorable that couldn’t just be glossed over. For his part, he likely just saw the chance to do something that no one else had ever done before. The thought of disgracing the memory of what a pair of Jewish creators sought to do never crossed his mind. He never intended to damage or destroy the character’s legacy. And he’s likely going to do everything he can to make this story good enough to make up for the shock. Now, will he succeed? That’s still a long way from being decided.

Bad decisions are made.

(I write novels. They haven’t run nearly long enough for me to try a heel-face turn, but it’d be nice to get that far. In the meantime, I play a Face on twitter… usually.)