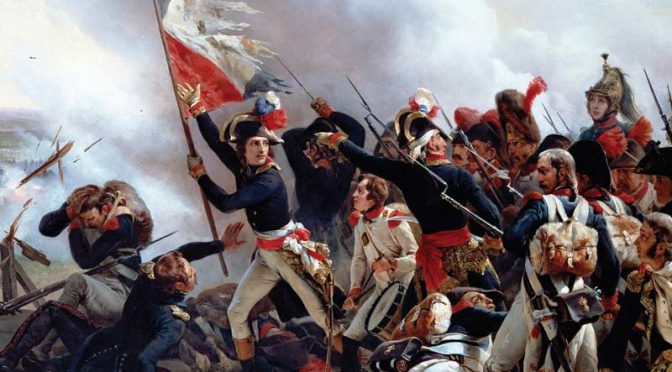 An Age Of Revolution 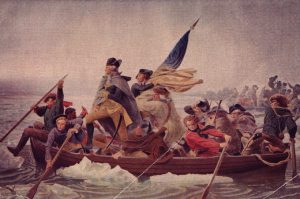 Having watched their base of power evaporate in Europe, things had become difficult for Alter-kind. Once their greatest ally, the Catholic church now represented their greatest threat as it used its leverage to mark their kind as potential agents of the devil. Witch trials, inquisitions and public executions convinced Alters from all across the continent to flee to territories beyond the church’s control. The Americas provided exactly the place for them to do so. But, unfortunately for those fleeing, not everyone was afraid to take up the mantle of a servant of the devil.

While it was the belief of the more peaceful factions of Alter-kind that distance was preferable to conflict, some saw the new status quo in the old world as something they could take advantage of. The Catholic Church, in its sometimes zealous abuse of power, had done considerable damage to its own reputation with the people. While still influential, there was a growing discontent with the Catholic Church and its various policies both among commoners and several noble courts. As such, while many Alters were beginning to join the earliest colonial efforts to the new world, some instead started to apply pressure to the already tense relationship people had with the church. 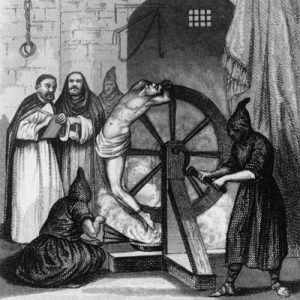 The causes of the protestant reformation were multi-faceted, but easily influenced from behind the scenes. Nationalism, in particular, was a vital pressure point as the Vatican was easily marked as a foreign influence on sovereign powers. For the nobles, this merely required a provocation of their ego and coffers. Even infamous cases such as Henry VIII were results of encouraging Henry’s desire for control. But swaying the commoners required something more.  Fortunately, several massive changes to traditional thought occurred during the Renaissance that made this a bit easier.

Frequently over the course of the Renaissance the Catholic Church found itself in conflict with both facts and the rise of humanism. The tendency for the church to respond to differing opinions and viewpoints with torture, execution, and sometimes even war made it easy to highlight the church’s growing corruption. Philosophers had spent much of the previous years  arguing for the value of human life and dignity, and the church proved to have little use for either. Combined with the theological arguments raised by the Lutherans and Calvinists, a new schism formed that greatly diminished the Catholic Church’s power and gave rise to disorder. 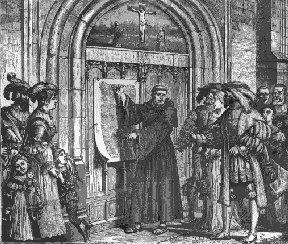 This, so far, had gone according to plan.

Though the division within the church did little to improve things for Alters as a whole, it did allow some key Alters to ingratiate themselves with royal families. These shadow advisors were both far more knowledgeable than their human counterparts and uniquely opposed to the Vatican. At a time when Catholics were likely to attempt assassinations or coups, the Alters’ inability to work with the Vatican made them ostensibly more trustworthy than any other. However, while some advisors were benign, most without ulterior motives had long moved to the new world in hopes of completely removing themselves from the situation. Instead, the ones to remain had their eyes set on causing as much disruption as possible to be capitalized on later. By breaking up the Vatican’s grip on Europe, the well positioned Alters had removed some of their enemy’s ability to oppose them and primed the continent for further manipulation.

As they began to stir greater conflicts between the smaller orders within various countries, several major shifts began to take place. First, the rise of religious persecution of different sects increased the flow of emigration out of Europe and into the new world. Groups such as the Puritans, Mennonites, Quakers, Amish, and various others were driven out in this new divided continent while larger branches fought heavily between themselves. Several events such as the Gunpowder Plot in England stemmed from this incredibly divided religious climate and the result was that, as those in power could no longer trust the people, they would instead turn to trust these advisors. Over time, this even began to include countries still aligned with the Vatican, who saw the successes of the shadow advisors for their protestant opposition and did not wish to be left behind. 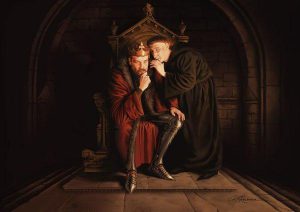 However, these advisors were not content to simply hold power locally. Several countries, operating under influence from an advisor only known as “The Red Plague”, began to follow the Olympian doctrine from antiquity – expanding their power to all shores and turning their simple colonies into world spanning empires. Though previous attempts by Olympian Alters to manipulate human government had generally been breaking up larger powers, this “Red Plague” was satisfied with making the humans consolidate power for him. The current nobility was easily swayed to this with promises of further riches and paranoia that an opposing nation could soon take those riches for themselves. And, due to his nature as a “shadow” advisor, none realized they had been set to compete with each other.

Slowly, the old empire was being re-established.

The few influential Alters to remain in Europe became alarmed to see so many human nations directed towards a single goal unknowingly. While amassing power was human nature, rarely was it on a scale that was being demonstrated here. By the 18th century, a handful of empires controlled the majority of the world’s resources and had effectively conquered the known world. Though the maps still appeared quite divided, the levers of power still funneled towards a single point. The only option left to them was a tactic once used by their opponents – break up the power by inspiring uprisings. But unfortunately, this would prove difficult locally without some form of catalyst – one which they found across the ocean. 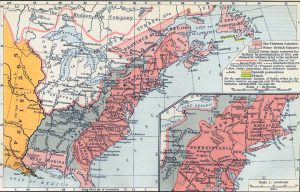 Having become a land of refugees, outcasts, and free-thinkers – the Americas were a land primed for revolution, particularly within the British Colonies. Having recently fought a fairly brutal war against both natives in the territory and the French, many Americans were feeling undervalued by the British. Great Britain’s tax policies favored foreign companies such as the East India Trading company and came across as punitive to the colonists. This feeling of a lack of gratitude, and the knowledge they had no say in their governance, made it easier to convince influential colonists to begin to turn against the monarchy. Soon, with the help of the French they once fought against, the American Revolution went into full swing and a chain reaction began. 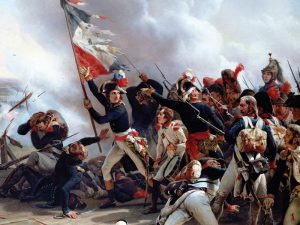 Having lost a great deal in the previous war with the colonies, the French were in a weak position to begin with. The Red Plague warned against getting involved with the American Revolution for multiple reasons, including the financial costs and his own desire to maintain control of that territory, but was unable to convince them. As a result, a new problem began to arise. The French economy was already in shambles, with great deals of wealth disparity between the commoner and the ruling class, and the increased stress of funding a second war after their humiliating loss pushed this situation to critical mass. Having essentially bankrupted the country for no gains except the knowledge of having gotten back at the British, the French nobles had pushed their people to a breaking point.

Unfortunately, this didn’t quite go as anyone had expected. Though the French people successfully overthrew their monarchy, the republic which took its place was somewhat unstable and still experienced great problems. As these problems continued, it soon became apparent that the instability would allow someone beyond the control of both sides to establish himself emperor of a new French Empire. This was a mixed bag for the opposition, who hoped to see a stable democratic republic established but did get their primary goal. While not forming the sort of government they wished, no one could deny that Napoleon was no pawn of the Red Plague. 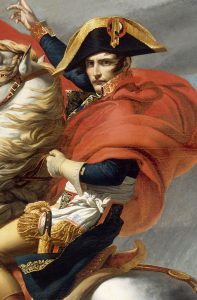 Another benefit was that the two successful revolutions began a “revolutionary wave” that continued through much of the first half of the 19th century. Though this did little to break up the concentration of power, it did happen to remove several of the Red Plague’s key connections from their positions – effectively destroying his control of the levers of power. Soon fleeing from the countries that he once manipulated, the shadow advisor was forced to go to the Americas himself.

His opposition, though satisfied with having uprooted his supporters, soon found themselves dealing with new problems. The political climate had been destabilized to a troubling degree. The large empires and powerful nations that had risen since the beginning of the colonial period were now unleashed to do as they pleased. Though skirmishes between the larger nations had been common before, they were generally limited in scope and over specific territories. The new status quo, giving rise to the Napoleonic Wars and the conquest of most of Europe, started a series of events which would result in something far worse a century later…

Something none of the Alters could have seen coming.