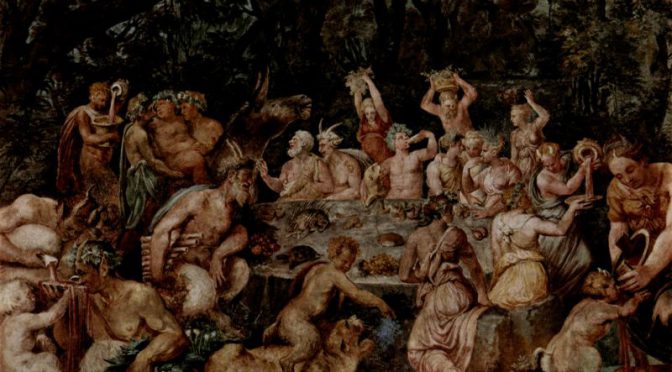 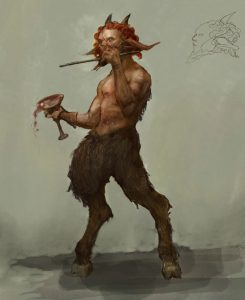 Playing musical instruments often heard echoing on the winds, Satyr are wild men of the woods accompanying the god of wine, Dionysus. Together with the Faun, their Roman equivalent, these creatures take up one of the more benevolent demi-human roles in Greek and Roman mythology. Though changing somewhat in form over the years, the core of what it means to be a Satyr remains much the same. Known for their great love of excess, lack of personal control, and deep connection to nature, these goat-men represent the allure of more wild natures and the desire to be free of social expectations. Should you avoid the lure of such things, they would mean you little harm under most circumstances.

However, as time has gone on, the image of the Satyr has taken more demonic overtones. Dovetailed into the Judeo-Christian views of demons, Satyr-like features now tend to represent a pact with the devil. Their excess, once seen as a callback to simpler times, now represents to some a perversion and corruption of man. The call of the wild once seen as simply being a part of human nature is now a shameful, horrible act which Satyrs have come to be blamed for.

But just how interested are they in corrupting mankind and how much is just a fear of what lies within? 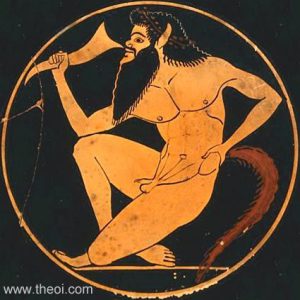 Early depictions of Satyr represented them not as the goat-men we all know and love but rather small, hairy Woodwoses with permanent erections. These little wild men, roughly the size of dwarves, had few of the animal features known in the most common depictions. Rather, what few traits they did have were closer to those of horses or mules, particularly in the ears (and sometimes even a tail). The association to goats, now inseparable from the depictions, was something that evolved over time, particularly after the rise of the Romans in the region. 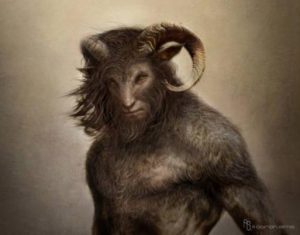 Within Roman Mythology, a similar creature known as the Faun were what we would consider the typical Satyr image. Standing at roughly the same height as the Satyr of Greece, these creatures would have the legs of a goat, torso of a man, and a pair of small goat horns. The lower body would often be covered in fur, while the upper body would be hairless and without clothes, leaving them a fairly natural look. Though this is the image that would one day become adopted by Satyrs, it wasn’t for some time that the two were merged into one. 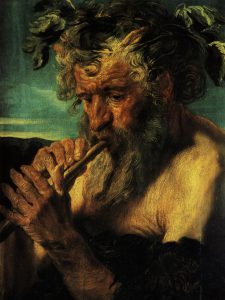 The progression of their appearance in depictions was not entirely due to cultural exchange. A result of their status as an incredibly early race of Alters, as Satyr were first introduced to the Mediterranean they were still in the process of finalizing the form they would take millennia later. These early Satyr were indeed tiny Woodwoses with similar physical and mental traits that made them prone to wandering into the wilderness and emerging as hairy, unkempt wild men. Though never fully losing themselves to the woods as the Woodwoses do, these men were uninterested in social conventions and did little in terms of normal grooming. It was not uncommon for these early Satyr to be found covered in a thick, wool-like layer of hair all over.

However, despite this wild appearance, animal traits were not originally a part of the Satyr line. The Faun, a close relative of the Satyr who populated the nearby Italian penninsula, first developed these traits in isolation from their Satyr cousins. Where as the Satyr had adapted to the woods they encountered, the Faun spent much of their time in the mountains of Northern Italy where they spent a great deal of their time on narrow ledges and rock faces. The goat-like traits adopted by them was particularly useful for the mountainous regions they populated, as these traits gave them keen balance and agility. 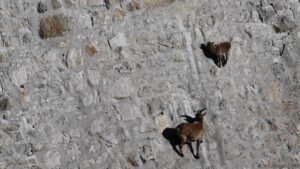 Eventually, as the Satyr and Faun came in direct contact, the close relatives soon began to interbreed and came to produce the entity we know of today. Covered with the Satyr’s somewhat furry hair and having the Faun’s goat-like physical traits, this new race slowly overtook the position the previous races did. Though pockets of the original races remained for some time, the new Satyr race was considered to have the best of both worlds and became the more popular of pairings. Effectively, while the name Satyr continues to exist, the original Satyrs and Faun have long ago been bred out of existence. 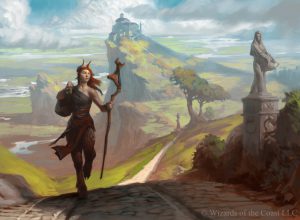 Minor nature deities, the Satyr and Faun were small forces of nature themselves. Often heard playing music that sounded like all of the natural sounds of their environment, these small creatures would spend their days communing with nature. Their deep connection allowed them some sway in these domains, particularly with animals and other minor forces. And this sway often allowed them to trick people down the wrong path or guide them to safety. This ability to lead people astray was also later applied to morality as well, with many Satyr being associated with almost Incubus like traits where they could tap into the lust of others. 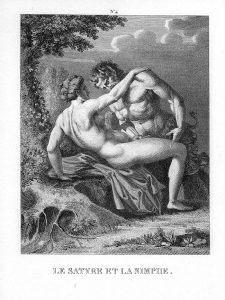 Some particular examples of the race were a touch more powerful. Silenus, the leader of the Satyr (and sometimes differentiated from them) was a particularly old individual who served as Dionysus right-hand man and adviser. Generally knowledgeable in many fields, he was a source of sage advice for Dionysus in the few times when Dionysus needed such things. However, Silenus’ true potential was unlocked when intoxicated – which was fairly common for anyone who traveled with the god of wine.

Intoxicated, Silenus was given three powerful traits. The first was that he could create enchanting fictional tales. Like a talkative drunk at a bar, he would weave fanciful tales that had no apparent basis in reality which would hold the attention of all around. Second, he could tap into hidden knowledge of the world, things that even he wasn’t aware he knew, which would be revealed to him through the drink. And third, most importantly, he held the power of prophecy. This third trait would make him and others of his kind sought after by nobles and powerful figures. 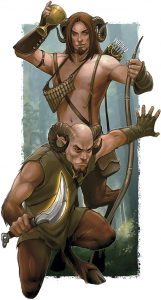 Satyrs have a particularly robust ability to survive in the wilderness. Their goat-like traits are particularly helpful for scaling almost any terrain and they’re capable of digesting things few others can. Their fur, thicker than conventional human hair, also makes them well suited to the cold and many of them have been known to live high in the mountains where few can follow them safely. As a result, they tend to have a much better grasp of the environment they’re in, a familiarity grown over time, which allows them to act as very skilled guides or cover certain trails from view to lead others far off the path.

These natural talents did not actually devolve into corrupting humans or assaulting them as was often depicted, though some cases existed. Satyr have a naturally high level of testosterone and other hormones. Though generally not driving them to actually assault anyone, their strength, stamina, and tolerance for pain are incredibly high. The effect could appear to some as steroids would be to humans, but with fewer negative repercussions. However, one particular side effect is an often difficult to ignore tendency for unwanted arousal. 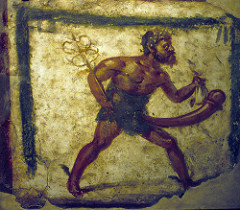 The idea of their more prophetic abilities grew mostly from their behavior immediately following the fall of certain Alter-friendly situations. Wishing to remain secure and fearful of humans, Satyrs often positioned themselves as advisers, entertainers, and assistants to noble families who could provide them protection. To maintain this position, many Satyr spent great deals of time educating themselves in as much as possible. Because of this and their intuitive understanding of several fields, many Satyr appeared supernaturally gifted in academic fields. 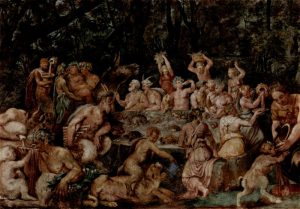 While individual stories will vary greatly on their interactions with any given person, one thing remains true of the Satyr: they like to party. As the companions of the god of wine and revelry, Satyr are in a near constant state of celebration. Dancing well into the night and playing music on various instruments, the provide much of the entertainment for themselves and others who find their way into Dionysus’ company.

The drawback for this is that many of them feature somewhat addictive personalities. Satyr are nearly constantly drinking wine in great excess and sometimes losing themselves to it. This can sometimes make them particularly hostile to people, causing them to torment people who wander into their territory, but generally leaves them friendly so long as they’re not mistreated. However, their other addiction is generally an addiction to sex – making them known for their incredible lust. 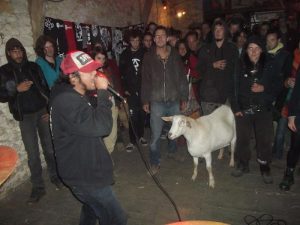 Fueled by high testosterone and liquor, the Satyr is one of the most wild Alters known to man. Their intoxicated state is best described as unhinged, if generally harmless to anyone but themselves, and often leads to extreme stunts and bizarre behavior. Many Satyr have been known to take incredible risks based on dares or for the entertainment of others. Like the modern frat boy’s “hold my beer”, many of the greatest Satyr accomplishments are preceded with a request to “hold my wine”. 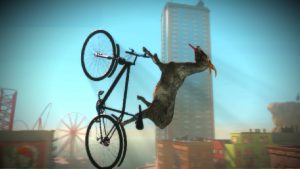 This is not entirely by coincidence. One of the common traditions of certain social circles is the keeping of a “Fraternal Goat” – a goat which stands as a mascot for festivities and ceremonies. This stems largely from the earliest days of these organizations when the earliest of these goats were in fact Satyr. Acting as a master of ceremonies, these Fraternal Satyrs were essentially the ringleaders of the wildest parties that could be managed. Though generally safe, limited by available resources, notable examples grew wildly out of control and caused incredible levels of damage. 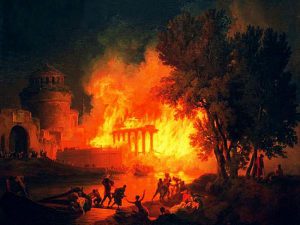 However, this is the most exposure to the public most Satyr are willing to risk. Though quite fond of people and celebrations, history has proven Satyr to need to watch themselves carefully. Their tendency to reward good treatment stems largely from their expectation that they could come to harm, and stories of these rewards are actually a historical exception rather than the rule. Often, Satyr would do their best to hide from anyone not within their social circles instead. Despite their depictions many of them avoid what would be considered casual sex with humans as the nature of the event leaves them at risk of retaliation. Instead, many of them prefer relationships with other Alters, seen as a far less dangerous option. As a result, while it is fairly easy to find Satyrs within groups, very few humans have been alone with a Satyr for very long.

Those few who have known a Satyr in a more personal fashion will find these people could best be described as “surly” while sober. Their hormone levels, dangerously high for a regular human, make them quite emotional and passionate (and feed their legendary lust). The tremendous amount of alcohol they consume actually proves to soften their personalities and make them less inclined to hostility. Without this softening effect, while still likely to seek certain “companionship”…

They wouldn’t exactly be described as “friendly”.

(I write novels and tweets, my attempts to write enchanting fiction. Someday, like Silenus or King, I may develop a drinking problem and become great. For now, I’m an okay sober.)