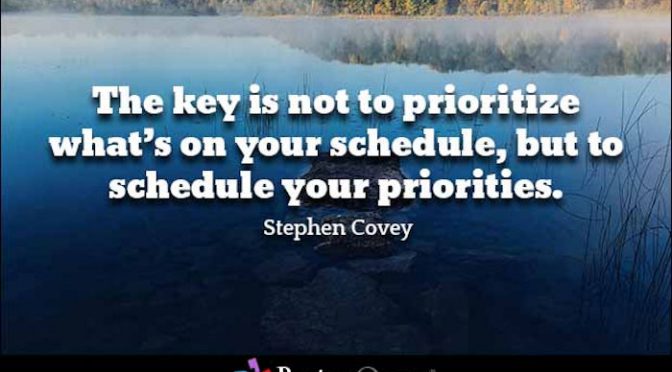 Coming out of the tail-end of what we’ll call a “pollen bender”, I’m wide wake in time to see the sun rise and sit in relative silence with my thoughts. And, thanks to the wonders of medication, those thoughts are pleasant for now. Sure, I can hear a lawnmower running at 6:30 in the morning and I know I’ll be cursing that sun before it reaches the other horizon, but at least for right now I’m in an okay place. I might have breakfast today, I may make coffee, I’ll get together a schedule and try my best to make that schedule happen.

Or I’ll pass out again once the meds fully kick in (which is totally what happened today).

But, assuming I have long enough to make it happen, what exactly belongs on that schedule? Creative types who haven’t “made it” are faced with that question often. Every day we’re silently asked by the world at large whether today is a day you should go running head long at that wall. Our brain says that the skull is becoming fragile and that the wall hurts when we run into it, but our hearts say that one more good headbutt and we just might make it through. It’s brick but we’re persistent and we’ve heard other people who managed to headbutt through that wall just fine so it’s clearly a smart decision, right? 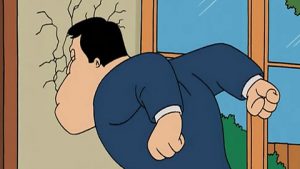 Getting to that “made it” point is known to be incredibly hard, downright brutal at times. We sacrifice our days to goals that the world tells us are unobtainable, then we’re told by that same world that if we don’t charge skull first into the metaphorical brick that we’re not really dedicated to it anyway. Damned if you do, damned if you don’t, and the schedule’s still not totally filled out. So you’re left feeling around blindly, trying to determine what’s really worth your time, and finding some regrets along the way. Because, until you see the results, everything is a… END_OF_DOCUMENT_TOKEN_TO_BE_REPLACED