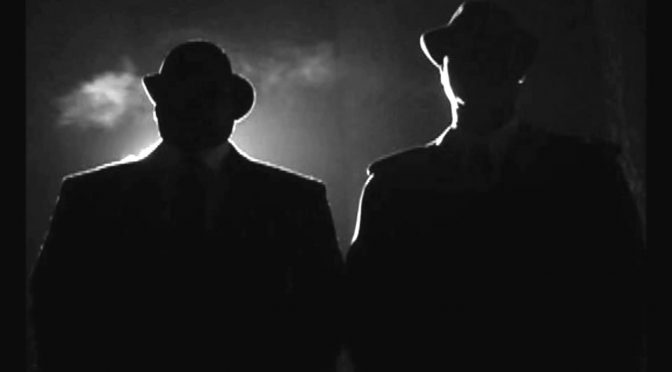 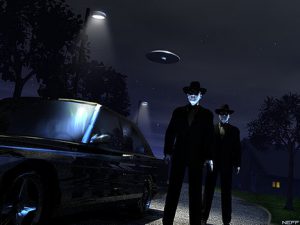 With the close of the second world war, the Alter community was in shambles like everyone else to have been caught in the crossfire. Unable to escape the sheer scope of the war and often drawn into the conflicts for political, ethical, and geographical reasons, the Alters around the world were forced to take part in the two greatest wars they had ever seen without any say in what had been happening. Humans, while similarly trapped by circumstances, generally also had an opportunity to choose their leaders and express their interests. And, while some Alters could pass enough as human to have a say, many were forced to work for people that either did not know they existed or saw them as monsters and curiosities to be controlled.

Many believed it was time to form a country of their own.

The idea had been considered in the past, particularly when reaching the new world, but had generally been considered too dangerous. Militant factions had long argued that establishing a country of any sort would require an open declaration of war on the human world and, due to past experience, many had long believed them. The few secure Alter enclaves, those that had managed to remain outside the reaches of the terrible wars, were filled with debates on the validity of the concept in the growing tragedies now surrounding them. Though these debates held in a stalemate for much of the second war, that stalemate was broken as Oracles across the planet simultaneously reacted to an event all of them felt. 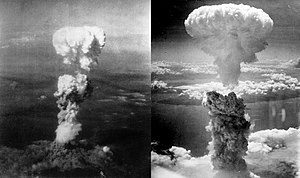 Most of the Oracles were in shock from the event, unable to communicate exactly what had happened as they still tried to process it themselves, but the message was clear. As news organizations eventually caught up and filled in the details, the conversations soon transformed from the validity of the concept to the logistics of it. It was now clear that living within human society was not just a threat to individuals but entire communities without some show of solidarity. Though not everyone agreed with the idea of revealing themselves to the public, those dissenting voices were generally drowned out by the fear that human civilization was about to destroy itself. If not a nation, Alter leaders argued, at the very least their people required a safe haven to shelter them from the coming fallout.

Work began immediately in trying to identify the best possible method of establishing this safe haven without making it too obvious to the world governments. With greater scrutiny from the world’s two remaining superpowers in the growing tensions of the cold war, everything needed to be done as quietly and as carefully as possible. This was trickier than before, with technology rapidly growing to the point that the Americans and Russians could now watch almost any point on the planet if they saw fit and intelligence agencies scouring everything for signs of enemy activity. Experts from countless fields now had to tackle the challenge of sheltering an untold number of people without alerting two of the most paranoid and dangerous powers the world had ever seen. 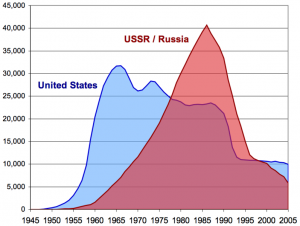 Ironically, the solution came through the very technologies and agencies that these governments were building. Though human ingenuity had clearly achieved incredible things without their assistance, many past developments in technology had been assisted by Alters. The development of jets, rockets, and eventually spacecraft and satellites would once again heavily benefit from the helping hand of Alterkind. Quietly making connections with both superpowers, the Alters began to infiltrate and assist in the development of several key agencies. Elves and Dwarves in particular devoted time to the space agencies, with both having been involved in the early developments of several ballistics and explosive compounds – the Dwarves even doing so on purpose at least once.

Though presented to their allies as trying to help push technological benefits for the good of these human governments, in truth it granted them the ability to ensure that observation satellites would never be looking in the right directions. Controlling the spy satellites and communications equipment of the two countries that posed the most risk to them, Alters were able to begin moving construction materials without detection and start operations that would not reach their peak for several more decades. But the infiltration also served a secondary purpose – the beginning of a census.

The nature of Alter origins and their secretive lifestyle had made it nearly impossible to count the exact number of Alters in the world. With greater understanding of genetics, it became clear to Alters that they were very close to human and merely possessed specific genes which reacted in peculiar fashion. Several birth defects, autoimmune disorders, and genetic abnormalities found within the overall human population were identified as lesser or uncontrolled versions of Alter traits. And, before long, it became apparent that a great many humans were actually inactive Alters who could become active at any time. Though the community had some idea of this in the past, with their population increasing after pandemics and disasters, the exact potential numbers were now staggering. As the world’s population was undergoing dramatic increases, Alter researchers realized they may be dealing with millions of potential Alters within a few decades.

Faced with this potential problem, the burgeoning Alter government began cataloging and tracking these new Alters as quickly and efficiently as possible. Though able to do much of the work on their own with improving technology, working with Cold War intelligence agencies had taught them a few valuable lessons. Gathering what remained of the Knights Stellar, the Alter leaders began to organize an agency of their own and had those agents infiltrate every intelligence agency they could in order to pool human resources in their favor. Equipping these new agents with the best technology of multiple nations and training them to be prepared for the unusual, the Alter government reorganized the Knights Stellar into the Alter Census & Relocation Bureau. 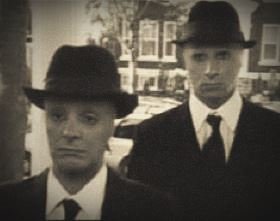 At it’s inception, the Bureau was tasked with four primary objectives. The first objective was to identify all of the active Alters on the planet and monitor anywhere it was believed they may appear. Any of these Alters who wished to be given safe haven were also to be escorted by ACRB agents to secured locations around the world. Meanwhile, any who were found to be problematic – either by assaulting humans or threatening to make Alter activities public – were to be contained by any means deemed necessary. And, finally, the Bureau would ensure that no one would have any verifiable evidence that any of this had ever happened.

The Bureau’s cleanups were shockingly efficient and generally left only vague urban legends of their movements. The Bureau was difficult to identify as they avoided official uniforms, instead relying on simple black suits and black vehicles with no identifying marks. Stories around them described the events in conspiratorial and sometimes paranoid fashion. Often all that would be left in the wake of one of their operations would be the ramblings of witnesses who could do nothing but speak of men in black suits spiriting away a neighbor or wandering the area after peculiar events – generally leaving no physical evidence behind. Even as stories grew in fringe communities of those who had seen them in action, the consensus among most witnesses is that they had to be working for a known government body – creating plausible deniability for all potential suspects and drawing all attention away from the actual government forming behind them.

As time went on and people began to convince themselves that the creatures they saw were actually aliens, the stories attached to the Bureau morphed to match. No longer attached to simply the peculiar, the stories of these men in black began to be attached to UFO conspiracies. Though these conspiracy theories generally presented them as sinister and gained in popularity over time, the Bureau felt much as their predecessors had that the inaccuracies in these stories made them helpful. In fact, the Bureau found that the more they were referenced in films, comics, and television series, the less likely the public at large were willing to believe they were real. And the stories shared among those who really believed, while incredibly unnerving…

Still lacked any evidence they were actually there.

(I write novels and dabble in screenplays. If any of this somehow upsets the “real” men in black, you’ll be able to follow my descent into madness on twitter!)