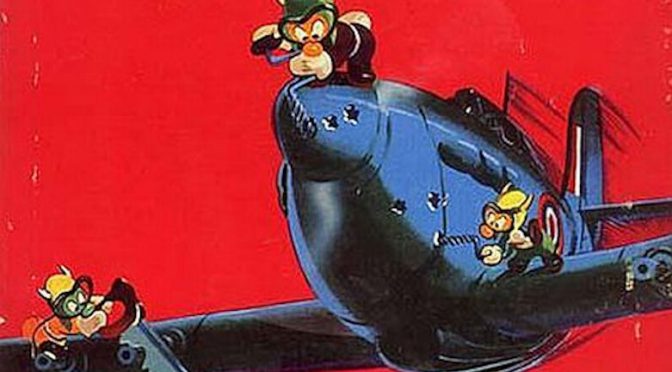 A World At War 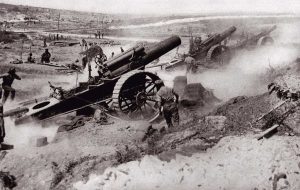 As efforts to expand into the frontiers of the American continents continued among the Alters who traveled to the New World, the Old World was once again becoming tense for those who stayed behind. Several key noble families who remained in Europe were finding that their political connections were once again becoming “toxic” in many senses. The tensions between powers in Europe had always been high, given the number of Empires to have risen and fallen across the continent, but a recent trend was becoming disconcerting. Many of the nations, now drawing on resources from across the world due to their colonial efforts, were now beginning to ally together across clearly divided lines. This polarizing effect, building across the 19th century, was creating two very large alliances which were posturing against each other over control of several resources in what was becoming an increasingly smaller world.

Given the frequency of war in the region through the previous centuries, it didn’t take much for more astute Alters to recognize what was happening. Though the alliances were used as a method of maintaining a balance of power, the balance was still quite precarious and the tensions between the sides were far too great to remain stable. Worse, though human wars had proven to be devastating in all eras, the recent industrial revolution had provided new methods and technologies not seen before. Guns in particular had seen recent increases in complexity – in part due to the efforts of the Stellar in the Americas. Because of this, one fact was undeniable among the Old World Alters: efforts had to be taken to escape the potential crossfire.

Three schools of thought became prominent among these concerned Alter groups. Several felt the best approach would be to try to smooth over and diffuse the situation before it could explode. These people optimistically believed that the major powers could be convinced that the potential cost of human lives was too great. However, many others believed that this viewpoint was ignorant to the historical behavior of many of these powers and felt that a better option was to simply get the hell out. But a third school, far more dangerous, wanted to encourage these conflicts and then manipulate them as much as possible.

This third group, at first existing only in rumor during the colonial period, were led by members of the old guard from the fallen empire. Once called Olympians, the fact that these people still existed at all as the 20th century neared was surprising for many, but rumors of shadow advisors from previous centuries had persisted long enough that they knew the development to be true. In fact, because of the original rumors of a “Red Plague” that had been influencing colonialism, an uncomfortable truth was becoming clear. The very “balance of power” that was beginning to unravel was influenced by the very people who now sought to manipulate it. As word spread of these activities, a group of Stellar from the Americas known internally as the “Sons of Lucian” returned to Europe in an effort to find this “Red Plague” as soon as possible – unaware that he had fled to the New World himself after the French Revolution.

Scouring the European continent to find the long rumored shadow adviser, the Sons of Lucian instead found evidence of his attempts to regain control. Stories from many circles confirmed that several disastrous events had been influenced by unsavory figures who had manipulated leaders’ interest in the occult, mysticism, and spirituality. One such figure that had become well known at the turn of the 20th century was Grigori Rasputin – a self-proclaimed holy man and mystic who had found his way into the court of Tsar Nicholas II in the years leading up to the first World War. Though Rasputin was ostensibly and quite vocally opposed to war, his reasons were questionable and it was found that most actions he took were merely to improve his own status. Upon further investigation, it became clear that Rasputin and others like him were merely attempting to postpone the war until they could hold full control over the two sides. However, with the mounting pressure, mistakes had been made and Archduke Franz Ferdinand of Austria was assassinated in June of 1914 – leading to the beginning of the first World War. 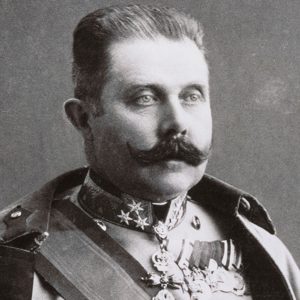 The assassination, driven by a military secret society known as the Black Hand, was actually the unintended consequence of one of the Red Plague’s manipulations. Though previously against the unification of human powers, it had become clear to the Alters’ old guard that humans were easiest to manage through their own governments. As such, these Alters had done their best to control larger nations and inspire the consolidating of powers for as long as possible. However, with a series of revolutions beginning to degrade that power, the Red Plague and his associates were using a new approach – cultural unity. Regions which had been under the control of different rulers for centuries were now heavily fragmented and staunchly against being ruled by foreigners but still shared cultural, racial, and social elements that connected them. By encouraging movements within these regions to reunite, it was intended to try to rebuild the power base lost in those revolutions. However, with these reunification movements, like the Black Hand, being controlled by the humans independently, the Red Plague could do little to prevent the assassination of Ferdinand and the fallout to follow. 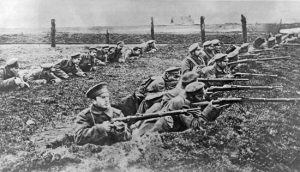 As the war broke out, Alters of all stripes found themselves unable to avoid being pulled into it. Those inside of Europe were quickly drawn in as their homelands came under attack and were caught in the crossfire. Stories of strange happenings in the trenches and foxholes made for new urban legends. And, in truth, a lot of them had some validity. Alters such as the Dullahan, having bred horses which were strong and accustomed to terrifying sounds, contributed the aid of their horses to pull artillery wagons or charge into battle while others like the Woodwose provided their unique physical abilities. These stories and the intensity of the war left a bit of a mark on the people on the field, with several coming back to tell fantastic stories of supersoldiers and strange experiments being carried out by the enemy.  This obsession with the occult and “hidden sciences” would continue long after the first war and, in particular, left a mark on one individual in particular. 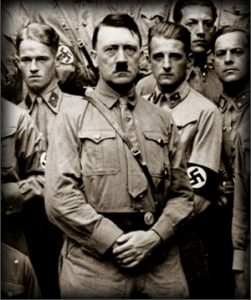 Long rumored by outside observers, Adolf Hitler and the Nazi party were heavily influenced by the same occult practices and beliefs that had been used to manipulate leaders in earlier centuries. The Red Plague, though unable to contain the likes of Napoleon, had an in with Hitler and his colleagues and soon returned to Europe to meet with them. In particular, the man who introduced himself as “Rufus Plagas” was an early believer in eugenics and the idea of an Übermensch – though he believed it to be Alters rather than Aryans – and was quick to associate himself with similar thinkers. As the second World War began, Rufus had quietly made his way into the circles of Nazi leaders. Though Rufus himself saw all mainstream humans as being inferior to Alters, the war to follow mirrored his ideals more than the first war had. As Hitler declared his Third Reich, Rufus saw a new empire form across Europe – one which fully intended to control the human population in terrible fashion. 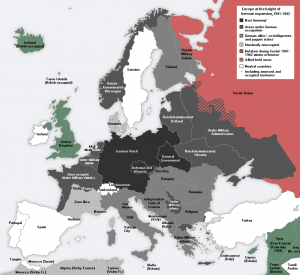 The Sons of Lucian, having never left Europe after the terrible consequences of the first war, quickly joined the Allied forces when they realized Rufus’ machinations. Stories and legends to rise during this war became far more colorful, as Rufus’ help allowed the Axis to begin to actively find and make use of Alters that were difficult to defend against such as the fabled “Gremlin” which would sabotage Allied machines. These creatures were, in fact, a variety of Alters such as Goblins and Pixies who were both small enough to be unnoticed and mechanically inclined enough to cause damage. The Pixies, naturally wild and untamed, were prone to doing this damage as a matter of curiosity and annoyance with metals while the Goblins, though fully sapient, were readily hired as mercenaries.

Though these races were helpful to the Axis, the rest of Alter-kind were initially divided. Some saw Rufus methods as potentially beneficial to them, a means of unifying humans and stabilizing the world’s political and economic landscape. Others believed that anything which was involved with the old guard would certainly be tainted. This division lasted through the earliest stages of the war, as few knew just how far the Nazis were going, but as word of the Nazi methods began to spread and several Alter races became intimately aware of the atrocities happening within Nazi borders, the willing Alter alliances shifted in favor o the Allies. Golems, in particular, of predominantly Jewish background and having a large population in Poland, were early to join the Allies and resistance efforts. Though several heroes rose within human ranks, many Alter researchers now believe the number of men who managed to survive and even walk off unbelievable injuries reflects that Golems – latent and active – had enlisted in almost every Allied army they could.

As the second war came to a close with an Allied victory, a few terrible lessons had been learned by the Alters. The first was that the capacity for human destruction far exceeded what had been possible before – especially with the introduction of several new technologies. The second was that covert involvement in human governments was no longer beneficial to Alter safety in any fashion. Rufus’ efforts, though ostensibly for Alter-kind, had proven to many that stirring the pot within human governments without having a representative of their own only led to suffering. And, with the cold war beginning, it was obvious that there was a potential for another world war on the horizon that the majority of Alters wanted no part in. Though creating their own nation on neutral territory would prove difficult, recent events…

Had proved it to be necessary.

(I write novels and dabble in screenplays. Follow my twitter to be updated on both and hear more on the world of Alterpedia.)