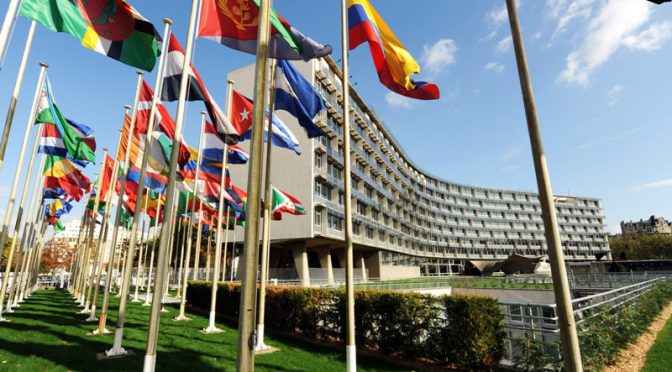 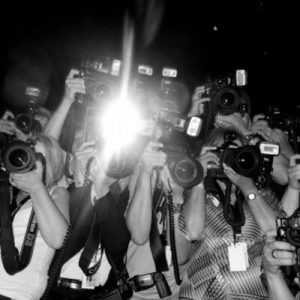 After spending the latter half of the 20th century attempting to set the foundations, the Republic of Argyre had only a few loose ends left to take care of. The arcology itself was functionally complete, the submerged tower now close enough to the surface that Sirens and other marine Alters had to misdirect human ships to avoid contact. The highest levels of the structure, the “Island” that would be perched atop the tower, was to be added after the reveal – composed of a collection of massive “core ships” which would dock with the structure and form the foundation for a more traditional skyline above sea level. These ships, and many other specialized modules, were now docked in secret around the world in preparation for the final reveal. They only needed to wait for clearance from the ACTF.

The ACTF’s containment of certain feral and uniquely dangerous Alters took several years despite use of the Oracle system. With many feral Alters having nothing resembling a paper or data trail, unintentionally living off the grid by default, the system was forced to resort to less reliable sources of information. Though the Oracle system was quietly referred to in the ACTF as “the world’s best bullshit detector”, there was a considerable deal of deception to dig through. Hoaxes, especially after the advent of the internet, were growing increasingly more elaborate and bothersome for the Oracles. Though rarely tricked themselves, it was becoming a point of frustration as the system repeatedly discovered potential leads were simply attention seekers or “creepypastas” which had grown out of control. Worse yet, due to the nature of human memory, many honest witnesses were recounting events that hadn’t actually happened as a demonstration of what the humans would refer to as the Mandela Effect. 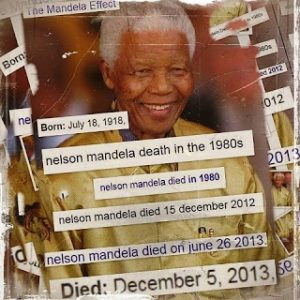 However the hunt for civilized Alters was considerably easier due to being able to rely on traditional investigations with Oracle assistance. Many of these individuals were dangerous to Argyre specifically due to their tendency to manipulate or disrupt human society, making their presence difficult for the Oracles to miss. Ranging from white collar criminals  involved in several major financial crashes to Alter militants who had carried out atrocities in the search of a “renewed Atlantis” – these people were rarely subtle. And with the capture of Rufus Plagas there was a rise in activity as individuals tried to fill a power vacuum left in his wake. It was simply a matter of watching for their patterns.

However, one of the big issues was to find a way to contain these individuals. The capture of Rufus had created some undue disruption and drawn unwanted attention, and the ACTF agents responsible for capturing him were unsure how to get him back to the arcology without being detected. The only effective way to keep him secured was to ensure that he could be locked down roughly where they caught him before his followers or the human authorities could catch on. Finding that they were in dire need for a local containment facility, it was decided that instead of taking Rufus out to the arcology, the Argyre engineers would come to them.

Being able to pass as human, several “Faelish” races sent their best engineers and architects to try to construct a containment facility in the area around Seattle. The location was somewhat decided for them long before they had a need for it, as Argyre had done what it could to purchase land in arious larger nations for the sake of creating local embassies in the future. Though Seattle was on the far side of the country from it’s nations capital, its location near the border and in a region known to be “rainy” made it a city that Argyre knew would eventually become a hot spot of Alter activity. Making a deal years in advance with “the Jiangshi Tong”, Argyre purchased land in Seattle’s International District to be used for diplomatic functions. 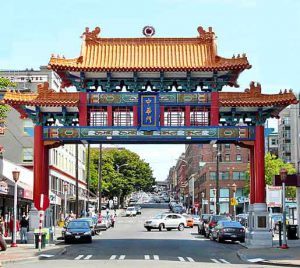 The Jiangshi Tong, an organization created generations earlier for the protection of what humans would know as the “Chinese Hopping Vampires”, had long owned property in the International District and acted as landlords for many small businesses – human and Alter alike. Realizing this, Argyre went to them to buy a lot of land that the Tong were willing to part with, a deal that would become ironic in later years. The ACTF agents holding Rufus were thus told to keep watch over Rufus and stay close to the district in hopes that their people could do something with the time they had.

On arrival, the Argyre development team realized there would be something of a problem. Districting wasn’t going to be easy, given that the city couldn’t be told what exactly it was being used for, and the seismically active nature of America’s Pacific coast meant they couldn’t afford to cut corners either. Once again turning to the Jiangshi, the only answer was to begin to quietly bribe local officials and hide as much of their activities as possible. Despite this, the fact was clear: they were going to have to build just Rufus’ cell and nothing else until they could get further clearance. Realizing this, plans were drafted for a creating a more versatile building in the future but the current project would be reduced to a single action: dig a very deep hole. 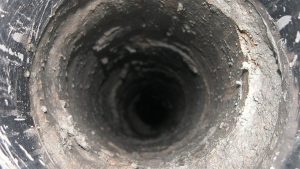 Digging a spiraling tunnel down through the ground as quickly as they could, the Argyre construction team used their experience with creating the arcology to make a livable room hundreds of feet below the surface of the Earth and then make that room the most secure place possible. With a single occupant in mind, the security was unorthodox at best. Rufus had to be kept under constant guard with multiple people and in constant restraint. However, should he be put in a permanent storage, the idea that he would be physically restrained at all times would draw some criticism among their people (particularly those sympathetic to his cause). So, making the space roughly the size of an apartment, a living space was constructed fit for an immortal to spend a conceivable eternity inside. Outside of these living quarters, the space was made as hostile to an ancient Vampire as possible – including silver plated surfaces, ultraviolet lights, and allium aerosols. Effectively, Rufus would be safe inside his living space, but leaving it would be unpleasant. This room would be the first of their vaults, rooms that Argyre would build around the world to store objects and people of great interest.

Once the vault was complete and Rufus was placed inside, the leader of several anti-human movements was under lock and key and in a place where no one could reach him. The leadership of Argyre at the time, particularly their President Alexander Neumann, took this as a sign that it was time to come forward to the rest of the world. After some debate, it was decided to reveal themselves on November 16th, the International Day for Tolerance (an observation that had only existed since 1995) and to do so in front of UNESCO’s world headquarters. The decision for the location and date were a slightly theatrical move, an attempt to associate themselves with “tolerance” and the mission of UNESCO – a special agency of the UN dedicated to the promotion of education, science, and culture. However, before doing so, they needed to take a far less theatrical step.

Quietly, over the course of the next few months, representatives of Argyre made contact with several world leaders – particularly those in the UN Security Council – and made them aware of what was about to happen. Knowing they would not be readily welcomed by society, Argyre made clear their intentions to these world leaders and offered several key technologies and agreements. First, Argyre would offer up medical technologies, particularly blood supplies and gene therapies, which could greatly improve quality of life. Second, energy production technologies, particularly Aurorastin, would be made available to help address the growing energy demands of the world. And, third, most importantly, Argyre would take responsibility for policing Alter activity around the world and prevent figures such as Rufus from threatening world peace. All that would be asked for in return would be acknowledgement as a sovereign state and signing of the treaty. 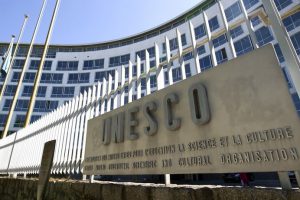 On November 16th, long after sunset, Neumann and the UN called for a press conference by the UNESCO headquarters. The day itself was full of uncertainty. Though many nations had signed the treaty itself and others were still signing the day of, Neumann was unsure how many leaders would actually show public support. Though invitations were put out to everyone informed of the move, it wasn’t until Neumann arrived at UNESCO’s headquarters that he would see how many would actually appear. To his surprise, the majority of the Security Council had representatives present, including all five of the permanent members, and several nations outside of the Security Council showed as well. Though Neumann wished to believe it was a show of good will, he was well aware of the truth: the prospect of dealing with the Alters alone was unpleasant for these governments. Worse, given the history of “tolerance” in many societies, everyone knew the public would be “divided” at best…

And no one wanted to be left to deal with it themselves.

(I write novels and dabble in screenplays. Follow me on twitter where you can learn more about the Alters and occasionally find me complaining about stuff. You’d almost think I was stuck in a box hundreds of feet underground… almost.)