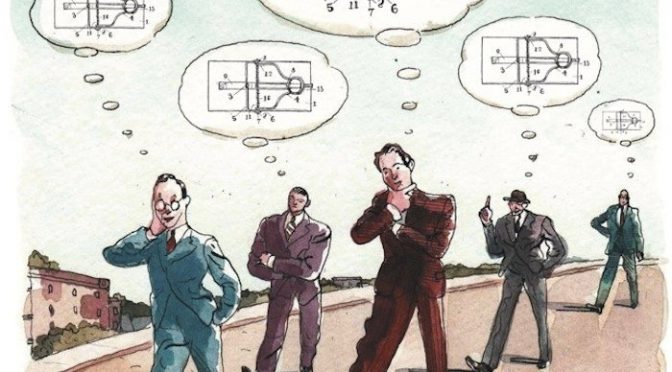 Anyone who’s had any exposure to other people will know at least one person who’s said that there was no such thing as a new idea anymore. These people come in a few flavors, from the people who say that all “new” ideas are really amalgamations of old ideas to the ones who endeavor to be pedantic by pointing out that “ideas” were just things waiting to be discovered and someone would do it eventually. But the most common, and arguably the most annoying to creators, is the cynic who believes that we’ve run out of ideas and that creativity is dead. And, frankly, when you look at the swath of similar products coming out at once from studios and publishers, it’s kind of easy to see where they’re coming from.

From the perspective of these people, once any idea is put out there, everyone is going to race to copy it as fast as possible. There’s no coincidence between similar products, it’s all a matter of quick cash grabs. After all, how else can you explain so many similar stories being put to print and film back to back? It’s hard to argue with, because we can all see with our own eyes how publishers and studios can churn things out. So whenever one thing becomes successful, dozens of copycats will follow up. Is a dystopian YA story the new big thing? We’ll see 20 of them by the end of the year. Did a formerly terrifying monster suddenly become sexy? We’ll run that into the ground. And if you’ve managed to put out something original in that time, there’s a good chance you might get lumped together with the others whether you knew of them or not.

But what those cynics don’t realize is that often this race to hit the iron when it’s hot usually means the studios and publishers are digging up old submissions or overlooked IPs, and that the creators behind those ideas generally had no idea the others existed – but came to the same idea anyway. END_OF_DOCUMENT_TOKEN_TO_BE_REPLACED