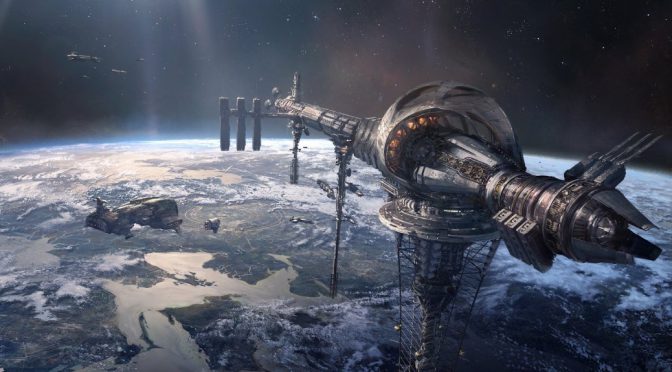 The future is going to be different than today in ways we can’t entirely predict. Countless possibilities stretch out before us as science continues to advance in multiple fields. We can make educated guesses about those possibilities and when they’ll become realities, but there are hurdles in the way that prevent us from knowing exactly which paths will open up and when. Over the course of human history we’ve seen this pattern repeat time and time again. Breakthroughs are made all the time and cause fundamental changes overnight, like the creation of gunpowder, the discovery of electricity, or the invention of antibiotics. And the funny thing is, because a lot of these breakthroughs can be due to chance, we really can’t be absolutely sure when and how these changes will come.

There are people who work towards these sorts of breakthroughs for a living, however, and they’ll often tell us where they think things will be going. Someone working in the development of artificial intelligence will have some pretty convincing arguments about when an artificial superintelligence might be created. Someone involved in fusion research will have a credible sounding prediction of when their reactors might be able to power our civilization. And every once in a while NASA will drop us some interesting pictures that make us wonder if they’re trying to tell us something. 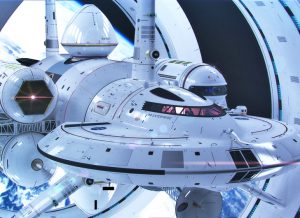 As speculative fiction writers, one of the fun things is to take ideas like this and run with them as far as we can. You’ll find few people who get as fascinated with the idea of technological singularities as scifi authors. And, while a lot of us may have a looser definition of what this singularity may be than academic communities, most people who are concerned with this world changing event base their stories in some aspect of modern scientific understanding. Even in instances where we hand-wave it away, there’s a respect for science involved. For as ridiculously implausible as most FTL concepts are, for example, they exist because someone realizes that FTL would be a game changer in a universe far more vast than we once realized. In fact, even without going faster than light, there are a lot of technologies related to space travel that get scifi authors and fans really excited. Yet, in the modern discourse, there are a lot of people who have a hard time understanding just how important space can be for us down here on Earth.

To those people I always like to point out: the destination doesn’t change the world, the journey and what we find out there does…

It’s easy to understand, of all the fantastic science and scifi concepts out there, why space is the hardest for people to really see the benefit for. Though patriotism drove the passion for space exploration in the days of the cold war and people dreamed of futures in new frontiers, that passed as it became more obvious that progress into space was going to be more challenging than believed. And, with the collapse of the Soviet Union, patriotism wasn’t enough to push it anymore either. From there, it went from being a mainstream spectacle that served the interests of the country to a purely scientific endeavor with benefits that were difficult for the average person to see. As many started to ask, “why spend so much money to go to space when we could be spending that money to fix problems down here?”

But there have always been benefits down here, even if people weren’t immediately aware. And, thankfully, direct benefits are easier to point out today than ever before as we see the use of GPS, weather satellites, and mapping technologies regularly in developed countries. Those benefits always existed, mind you, but it’s just easier when you can point at the cellphone in someone’s hand and say “that’s talking to things in space as we speak”. Before those cellphones became ubiquitous we had to explain the fact that NASA was a driving force behind technologies in dozens of fields that made the world safer, healthier, and more comfortable for everyone down here. In fact, as people say we should be trying to make things better down here they often do so by talking about putting more money towards developing technologies NASA has played a vital role in like solar cells and water purification systems. 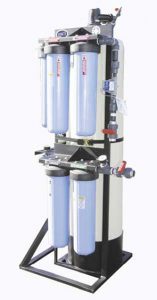 But thankfully there are people who still see the benefits of going to space even if it may be hard to get the public at large to care. Private corporations, long understanding the benefits they’ve drawn from space, have been making strides in lowering the cost of entering space because that, in some regards, could be one of those looser definitions of a singularity. The act of making space travel cheaper and more efficient would open up possibilities that would be hard for most people to fathom. Cheaper launches would mean getting materials in and out of space that are currently too heavy for us to move effectively. NASA recognized this need with their efforts to create a reusable vehicle like the Space Shuttle and, though their budget has been woefully thin in the last few decades, they did manage to use that vehicle to construct the ISS. Given a more robust and efficient system,  this would make us capable of constructing more sophisticated facilities in space that could lead to things such as better power generation, access to untapped resources, and easier efforts to colonize space. 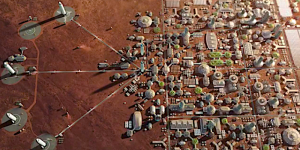 And while we tend to talk about the benefits of colonizing space in terms of ensuring the long term survival of humanity, the technologies developed to make it possible to live on another planet are the same sorts of technologies that will lead to more comfortable living down here. Colonies will face challenges in recycling their resources, controlling their environment, and purifying contaminated resources which will go far in helping people here. In fact, one of the greatest challenges facing a Mars colonization is the fact that Mars’ soil is heavily contaminated with a kind of salt known as perchlorates which are incredibly toxic. And, while this sounds like a danger found only on alien worlds, the fact is that perchlorate contamination is found in food and water here on Earth, but the process of eliminating them can at times be prohibitively expensive. Once again, the challenge of expanding into space would necessitate solving a problem that is found here as well.

Further, being able to mine those resources throughout our solar system could lead to a lot of benefits too. There are asteroids in our solar system which possess greater amounts of minerals and metals than can be found even here on Earth. For instance, those perchlorates that Mars is covered in happen to be damn good for production of fertilizers, oxygen, and propellants – and only one place on all of Earth, a small section of the Atacama Desert in Chile, has concentrations even comparable to Mars. Meanwhile, the asteroid 433 Eros (famous to most people for its role in The Expanse) is actually an asteroid covered in aluminum, gold, and platinum. And for as much as that sounds like “going to space for jewelry” – it’s worth noting that most sophisticated electronics make use of these materials and that even your cellphone has about 50mg of gold in it. 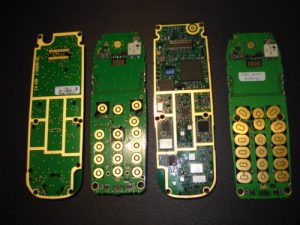 But the real game changer of efficient space travel would be the beginning of mega-structures. The most commonly known of these would be the space elevator, a cable stretching from a station on the surface of the Earth out to a counterweight thousands of miles into space. Before you even construct the space elevator, the materials required to make such a cable would be game changers on their own, allowing us to construct things that are too hard to build today such as arcologies (which would greatly reduce the impacts of things like urban sprawl). While the benefits of the space elevator to travel is obvious from the start- essentially eliminating the need for conventional launches, the benefits to everyone down here are often overlooked. The most obvious would be the transport of those materials mined elsewhere in the solar system as it would make it easier to get materials off of those other objects and back down here. But the elimination of rockets would effectively drop the price of the cargo transport to the point that we could start building other projects. 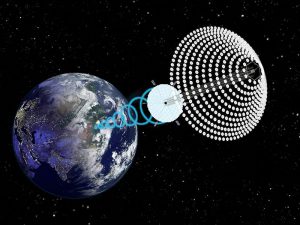 One of the more rational of these projects would be the construction of space-based solar power stations. With the debate over the feasibility of solar power generally boiling down to its shortcomings vs its benefits, it’s actually worth noting that the shortcomings essentially vanish in space. Three of the greatest challenges facing solar panels are weather, atmospheric refraction, and the day-night cycle. But space based solar satellites would fly above that weather, outside of the atmosphere, and potentially so far out that the sun would be available at all times as the Earth spins on. While the space elevator itself wouldn’t transfer the energy down from these satellites (microwave transmission is usually the method of choice in proposals), the elevator would make these satellites possible. Though the efforts of organizations like SpaceX are making launches cheaper, the fact remains that building these sorts of arrays would take thousands of launches to be able to put enough panels into space to power the world. Even with their fantastic reusable rockets, that’s millions of dollars per launch. But a space elevator? Pennies on the dollar.

There are plenty of other projects that are far more ambitious than simply putting solar panels in space, from Dyson swarms to shell worlds, but the fact remains all of them are bound to the same requirements: time, cooperation, and efficiency. And the thing about something like a Dyson swarm is that constructing one would result in a long-lasting post scarcity society, a “Type II Civilization” with the kind of energy resources to effectively build or achieve almost anything they desire. And because of this, while something as simple as “more efficient space travel” may sound more mundane than warp drive and less useful than something like genetic engineering or supercomputers, it would totally be something that changes the very fabric of our civilization and gave us the necessary push to become unbound from the limitations of the world we’ve been born on. And, because of this,  while not following the academic definition of a singularity, the fact remains that a major breakthrough in space travel…

(I write novels and dabble in screenplays. Follow me on twitter, where you can find my more scifantasy work and see what I might have coming in the future… though none of it is probably going to be world changing.)