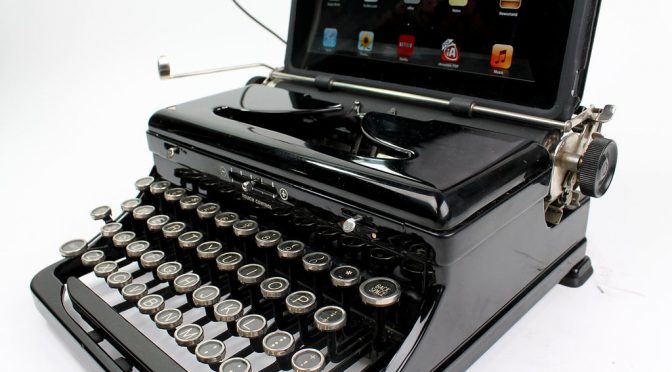 Years ago, when I first started writing this blog, I wasn’t quite sure what exactly belonged on the blog of an aspiring author. I knew that I needed to show people the inner workings of my mind and let them get to know me, but the specifics of that eluded me for a while. Before long, I came to the conclusion that a lot of writers come to for blogs like these. I eventually settled into a routine of posting one of three categories – content, opinion, and “the process”.

When I say “the process”, I don’t specifically mean what I’m doing on any given day. The actual day-to-day process of writing is often full of mundane annoyances, minor detours, inside jokes that won’t make sense until someone can see the whole product, and a shocking amount of time spent playing casual games like minesweeper or Bejeweled while trying to figure out how exactly that last scene went completely off the rails.  Instead, topics related to the process are usually the broader aspects of putting words to the page that apply to equally broad strokes of the community. These sorts of topics are things like the stresses of the occupation, the general direction of the industry or specific genres, and – of course – writing tips.

I’ve always done my best to not make those tips into steadfast rules (though I may sometimes call them that). I always keep it in mind that I’m approaching things from a certain perspective and that I may miss things. A tip can be expanded on or adapted to fit situations outside my viewpoint, but a hard rule doesn’t change to fit you – it’s either followed, bent or broken. Tips also tend to make things easier while rules tend to make things harder. Every rule is another thing to add to an already existing pile of stress while tips are generally just helpful advice along the way. But, recently, I saw a much more successful and influential author put out a series of rules and realized another good reason why I shouldn’t treat my advice like rules.

As ironclad as you think your rules may be, art and communication are never set in stone…

Though some people may know who I’m talking about, I won’t call out the specific author for the rules they wrote. First of all, while I have heard of this author second hand on a few occasions, I’m not exactly familiar enough with them or their work to really care too much about what they said. I know they’re certainly more successful than I’ve ever been and that they’re more well known, but I rarely use that as a reason to see someone as an authority figure. Second, if you do know who I’m talking about right away, you’ve probably already seen more than enough people calling them out. But, third, I’m willing to bet that after several months there will be someone else who comes out with another controversial set of writing rules so there’s a good chance this will be relevant again in the future. After all, people are always going to try to sound like an authority, and almost every attempt I’ve seen has committed roughly the same mistakes.

The rules in question had two specific themes that tied them all together: keep it simple and stay off the internet. For the most part, the first would have been perfectly reasonable and respectable advice. It’s easy to get caught up in trying to make our work feel more important, and it’s just as easy to get carried away until our work disconnects from our audience. Had it been delivered as just a piece of advice, it probably would have read as a pretty decent one. But when treated as a hard rule, the advice changes shape from being simply advice to being an order, and people rarely like being told what to do. But the second theme of the rules? I think it makes an old mistake that tends to happen too often in creative communities. Many of us tend to see how we do things as being the only way to do things, and that anyone who does it differently than us is doing it wrong. Essentially, our community is prone to a soft form of gate-keeping.

Though you could certainly make an argument that the internet can be a massive distraction (oh god, how distracting it can be), that didn’t seem to be the point this author was trying to make at the time. One rule that stuck out to me said that research was less valuable if the information was easy for you to get. If I were generous I could say they were trying to say “don’t get too caught up in research, you can look it up on the fly”. However, a later rule on the list said you shouldn’t have an internet connection at all so I find that assessment unlikely. In the end, it felt more like they were telling people that something didn’t count unless you did it their way – the harder way. And, frankly, that’s an idea I always found a little silly.

When I was a kid and computers were just starting to become really common place, I remember seeing some people insist that using a computer to type something was cheating. I remember one of my teachers when I was really young wanted us to type something up and said that while computers were acceptable, typewriters were preferred. It always felt a little strange to me, especially since I learned how to type on a computer and found that it wasn’t all that different from a typewriter. The only difference that I could see at the time was that the computer was generally just easier and it wasn’t until I was older that I came to realize that’s exactly why they preferred it. It was the 90s and the internet wasn’t quite the wellspring of information that it is today – no one would even hear of a Wiki until I was in high school – and the only real difference to it was that typing on a typewriter was generally a slower and more involved process that required you to be extra careful. If you were lucky, your typewriter had a delete key that would swipe whiteout over it, but since the whiteout was a finite resource, you had to be sure not to use all of it. Thus, by trying to pressure us into using a typewriter instead of a computer my teacher was essentially making us take the hard road because they felt it had more value. Looking back on it now, I start to understand the teacher, but I realize that my teacher wasn’t the only person that thought that way.

If you’ve spent any time in the writing community you probably know someone who’ll insist on writing out their first draft by hand or using an old fashioned typewriter that they bought from a thrif store or antique shop. For some people it’s just a preference because they like the feel of the pen in their hands or the sound of the typewriter keys striking like tiny hammers against the page. I understand these people, because they’re doing it for them and not casting judgment on anyone – but I can’t say the same for some others. I’ve never quite understood the people who’ll say with a straight face that you’re not a real writer unless you’re somehow “roughing it”. And, while some are just hardcore traditionalists, I’ve always found people who insist that you’re not a “real” writer unless you follow their very specific guidelines. Every new tool, resource, or technique comes to face this sort of push-back eventually with a touch of dismissal and condemnation.

And, the funny thing is, they almost always lose because progress can’t be stopped.

When ebooks first became a viable alternative to print, I saw a swath of authors condemn the medium as little more than a vanity press. Now most of them offer an ebook version of all their books. When e-mail was just becoming commonplace, many publications refused digital submissions for a few more years. Now there are quite a few who discourage sending physical copies instead. The industry continues to evolve with the times even if they resist every step of the way, and the same holds true for what they publish.

I’ve seen how easy it is to get bogged down in how to do things “right” and it’s always because someone put out rules that shouldn’t have actually been rules. Most of these things that we consider steadfast commandments were created for the simple purpose of making sure what you wrote was something people could understand. Now, people bicker over the use of the oxford comma and whether or not research counts if you didn’t have to go into debt to get it and it’s all meaningless. If you’re a fiction writer, you’re here to write a good story by any means necessary and anyone who tells you otherwise has either lost perspective or is on a power trip.

I’m not saying everyone who uses words like “rules” or “laws” is approaching it that way, sometimes it just slips in. I know I myself have sometimes used it when I really just meant them as tips. But I think deep down we can all tell the difference between helpful advice and an edict. Unhelpful rules are the ones that try to restrict what you can do for reasons that only make sense to the author or demand you stick to a convention for conventions’ sake. And, ironically, if we always stuck to convention and did exactly as we were told…

We’d probably start looking as mechanical as that internet we’re not supposed to use.

(I write novels and dabble in screenplays. You can find me on twitter – a platform that didn’t exist when I first tried to get published!)