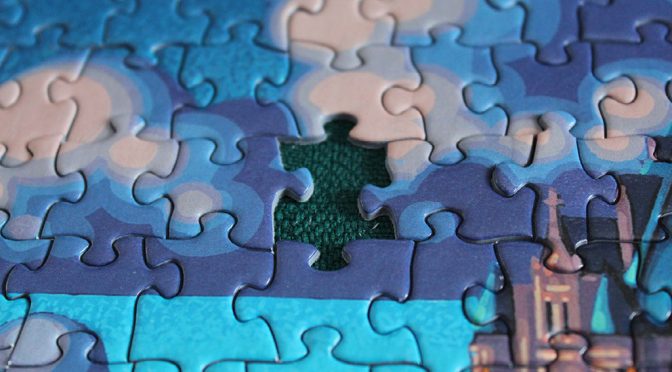 One of the most interesting facets of the greater writing community is just how much of it is actually subjective. Like all art-forms, your personal tastes as a writer or as part of the audience are never going to be a perfect match to anyone else and that means that there’s no real universally accepted “good” work. You can win over a great deal of people, but never all of them, and trying to please everyone is one of the few things universally accepted as a mistake. And, because of this, advice is generally subjective as well and often disagreed on. There are a few things that we can all agree on, fundamentals that we should all keep in mind, but once you get past those fundamentals it slips right back into the grey area. Even spelling and grammar, as solidly universal as you’d think it to be, is full of little debates that we tend to have with each other and sometimes even with ourselves. Hell, to find proof of this you need look no further than the Oxford Comma. 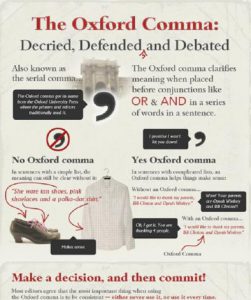 But, despite it being subjective, that doesn’t mean that the advice and the discussion has no purpose. The truth is that hearing how other people do things will inevitably lead us to finding something that works for us. Every debate, even if it’s not particularly productive in the moment, will show the different approaches available so that someone will be able to see which one best fits their style. And, while we’ll always disagree on what the best approaches are, we all know that one surefire path to shitty work is to stop learning and stop finding ways to improve. So it’s still worth sharing some insights into the way you do things, even if you know for a fact someone will think you’re completely wrong in the process.

One aspect of my approach that people who’ve followed me might recognize is that I’m very detail oriented in my world building. I like having a feel for the nuts and bolts of my world – the little quirks that make it different from our own real world. I like to ask silly questions like “what would leprechauns do with all that gold?” or “how would werewolves impact the silver market?” I’m amused by the question of how vampires could have gotten to the new world when some versions of the myth say they can’t cross moving water. They aren’t always important details, but every once in a while they can lead to an interesting train of thought that would have otherwise been overlooked. And, because of this philosophy, I’ve given two pieces of advice that I’ve debated more than any other – sometimes to dear personal friends who probably would like to strangle me. 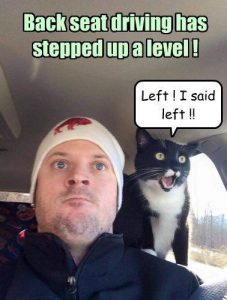 And, while people may sometimes misinterpret what I mean with these pieces of advice, they both break down to a single premise: Never approach your world from a place of ignorance.

Adding In The Pieces

Though it seems like a common sense thing when I say it like that, there is a point of contention that I’ve run across a few times. I’m a fairly methodical creator, when I’m fully honest, working with my world like a Lego set of different pieces that constantly get extrapolated on. You’ll find that, while I don’t let myself get bogged down in the process, I really enjoy considering somewhat trivial details because it just happens to tickle my fancy. Do I really need to know why Werewolves transform under a full moon? Not really. But do I enjoy understanding it and then later tinkering with it? You bet.

And some people (fairly, at times) think that sounds like way too much work – leading to some disagreement about two pieces of advice I’ve given in particular.

The first of these is to take time to consider details even if they don’t play a direct part in the story you’re currently telling. Some often mistake this as me saying they should know every single aspect of their world and characters before they start, but that’s never been my intention. It’s not that I expect people to write a chapter about the voting habits of vampires, but you have to admit that it’s amusing to consider that every vampire coven may have that “one uncle” who makes conversations awkward at gatherings. He’s been grinding that ax against the Catholics since the Great Schism in 1054! And, let’s face it, most of us just wait for that crazy uncle to eventually die of old age – what choice do the vampires have?

However, I know from the common rebuttal (which is, itself, good advice), that people don’t quite understand where I’m coming from about that. The response is generally that putting too much extra detail into your work without purpose will just cause boring information dumps that drag the story out and kills it. This would be true, and I would never argue that you should actually write that chapter about arguing with crazy Uncle Vladimir in the middle of your plot (unless it’s a comedy, then have at it). I know it can actually be easy to ruin a story by putting too much detail into something and I have made the mistake myself in the past. But I still believe it can help to know these little bits of information for a completely different reason.

See, I see world-building as like a macro-scale version of the time honored snowflake method of character creation – a butterfly effect wherein one detail can influence many others. My own books have an example that instantly springs to mind. I write a scifantasy world where creatures of legend are real but rooted more in science and scifi tropes than magic. And one of the details I converted from a fantasy setting to my scifantasy setting is that vampires still don’t like to enter houses uninvited. Now it can be argued that figuring out a more real world explanation for that was entirely pointless (some people did), but from where I sit it provided a lot of abstract benefits. It’s because of the specific explanation I came up with that vampire friendly establishments and their homes don’t have locks (or sometimes even doorknobs). It’s because of this explanation that my protagonist learned how to pick locks for his vampire mentor (who has gotten past the issue but still prefers to make a human do it). And while neither of these is crucial beyond giving some character to the world and providing a skill to my protagonist, I feel like both are richer for having it.

So, from where I sit, having the unimportant details will later influence details that may be more important. it’s by building on these details and extrapolating from them that other more relevant things can present themselves, even if people don’t readily see connections unless you connect the dots and trace a path from one detail to the next. And this means that some aspects of the world, though generally unseen, still influence the end result without bogging down the work to do it. Character traits, background conflicts, and cultural norms in your fictional world are all essentially built from things you wouldn’t stop to explain along the way, but it’s still helpful for you to know where they came from. And, for that matter, that leads to the next piece of advice I often have to defend.

Another thing I often advise is that you should probably do the research if you include something from a religion, mythology, or some other fantasy setting. Neil Gaiman, when once asked how much research he had to do for works like American Gods, has been quoted as responding “all of it”, and I totally agree with the position. Some people have misinterpreted that as meaning you should follow the originals by the letter and never change anything, but that wasn’t my intention and the setting of American Gods shows that certainly was never Neil’s either. Instead, it’s more about making sure that what you do tinker with and change isn’t necessarily going the wrong direction. Effectively, if you’re going to make changes to something that people care about, it makes sense to do it with a care for how people are going to see your changes. And, while I would never want to stifle creativity, that does mean you should do some pretty good groundwork on anything that you aren’t super clear about.

It’s not even so much that you should focus on getting the details “right” as just understanding why those details mattered. There’s always room to change folklore and you can’t ruin something that was designed to change with the people telling the stories. But there are instances where not knowing something can actually make your work look worse.

There are some figures which are so heavily rooted in the culture that changing them without a reason can cause them to turn off large portions of the audience. In other cases, your changes may actually not be all that original as you accidentally recreate something someone did years ago. And, sometimes, your ignorance of a specific lore may be so apparent that it ends up being the only thing people talk about.  Stephenie Meyer’s vampires sparkled and to this day I will sometimes hear people ask why it happened. To most people’s dismay, the answer appears to have been “she didn’t know why vampires couldn’t go out into the sun”.

Now imagine if she did it with a creature from someone else’s culture entirely.

Many cultures have figures that provide interesting new possibilities, and it’s exciting to consider using some of them, but doing so without really knowing what those figures mean at first can be a bit of a hazard. I think one example of someone making a relatively minor mistake that turned out to be much worse was when a fan favorite, JK Rowling, dabbled in lore she wasn’t familiar with and managed to trivialize some of the beliefs people had in skin-walkers. It was never her intention, and there are arguments to be made that offending people isn’t the end of the world, but considering she wanted to make her work more inclusive by adding such things, it kind of backfired.

In the end, if you make a change to an important figure, it’s usually better to have a reason to be making that change. Meanwhile, if you change it for no reason at all, if it’s just there for the sake of being different, you’ll find that people often reject your ideas more often than not. The difference between modifying a creature or character you’re well versed in and modifying one that you have no idea about at all is that modifying the one you know can result in changes that will excite people or make them think. Meanwhile, the other side of the coin generally results in…

(I write novels and dabble in screenplays. Follow me on twitter so that you can find other things I say which you might disagree with! Also, my books are coming back soon!)