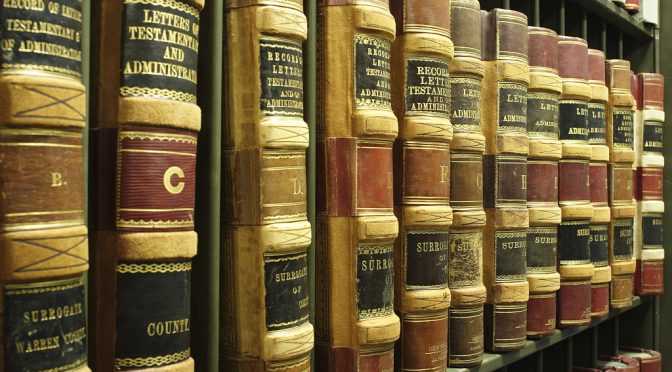 Sometimes life throws events your way that defy not only your expectations but your understanding of reality. We never really expect accidents or sudden strokes of luck, but generally they fall within the domain of things your brain is capable of processing as “real”. However, there are some things that just sound so implausible that it requires reassessment of that reality. One of those happened recently when we found out that my extended family – an extended family consisting of truckers, housekeepers, and construction workers – might have been in the running for owning a substantial chunk of land in west Texas due to a distant relative that absolutely none of them had ever heard of. Effectively, a cliche came true: they had an uncle who died nearly 80 years ago and someone was looking for his living heirs.

Suddenly, everyone in the family was scrambling to figure out just what the hell was going on. No one had ever heard of this man, let alone of the fact that he apparently bought a few hundred acres in Texas around a century ago. He had no children, he left no will, and it wasn’t immediately apparent just who owned the land after he died. Various companies, hoping to identify just who exactly owned this land, tracked down every surviving branch of his family tree and contacted them to try to make a deal. Blindly searching for heirs, they were hoping that someone in my extended family would know who owned it today. Unfortunately for everyone, that family tree was a bit gnarled and we didn’t even know some branches existed. Let’s just say it got a bit weird.

I wish I could say that we got that all sorted out. However, to the best of my knowledge, the only way to know for a fact just what happened anymore would require a Ouija board and a very well paid legal team. What I can say is that it means nothing for me personally at this point. I’m so far removed from the man that, even if any of it somehow ended up in my hands, I would probably have just enough land to erect a tool shed and an outhouse so that I would have exactly two places to keep my shit.

Still, I try to find a positive spin on things. Despite everything, I can say that I at least learned a couple things along the way. First, I have a lot of cousins I had no idea ever existed. Second, the definition of “cousin” is fairly pliable and means different things to different people. And finally, after reading quite a few legal documents over the last couple months, communicating with lawyers gives a pretty solid insight into what it must be like to make contact with aliens.

Although my direct family suspected early on that the whole “rich uncle” thing was too good to be true, it was also too good to pass up. After a few lifetimes of not really owning anything, we had to know if it was actually possible. So, taking all the documents and public records provided to us by various sources, we started the long process of trying to figure out just what the hell was happening. And, because I have always been the one most capable of understanding gibberish, I ended up doing the majority of the required reading. It wasn’t particularly pleasant – legalese even in straight forward scenarios is difficult to parse, and these were not straight forward scenarios. It was a bit like trying to decipher a lost language at points, frustrating, confusing, but somewhat enlightening.

The thing that really stuck with me was how much understanding the documents required changing how I was thinking about what was being said. The way an average person and a lawyer would interpret a sentence can be quite different and that guides how lawyers communicate in these documents. While our world is a world full of grey, that can’t be said of the world of lawyers. And, because of that, their language is constructed around the idea of simple sentences meaning much more due to the exact words involved. The old concept of the cursed monkey paw or the exact phrasing of making a wish with a trickster spirit came to mind – every word mattered, even if it felt like it shouldn’t.

I think that’s the big reason why it’s so hard for most people to understand. Most words we use in our day to day lives are not meant to hold a strict purpose all on their own, they build off of each other and form a meaning together. Very few words have any real impact in isolation, lacking context and supporting structures, and those that do hold power on their own are generally taboo. But in the legal realm, the exact choice of words is so precise that it seems to the rest of the world that they’re splitting hairs or being vague when they’re actually being quite the opposite. In a colloquial sense, many of us would see little difference between a rental agreement or a lease, but in a legal sense the differences can be incredibly important. Because of this, you’ll often find that lawyers will dig up vocabulary the rest of us would consider archaic or unnecessary. Yet, in their world, it’s probably the most necessary you could imagine.

Funny enough, it eventually made me remember some studies I saw about “linguistic relativity”: the idea that language actually influences the way people think.

We writers often think about how word choice and phrasing generally reflect the personality of a character, but it’s not often we consider how it could go both ways. For as much as how we talk in our day to day lives is a reflection of who we are as people, studies have shown that the exact opposite is sometimes just as true. Several studies into the impact of language on how we think shows there’s a soft relation between our perceptions and the words available to us. A great example that many of us have seen in action is how hard it is to tell the difference between specific colors for some people while others seem to do it effortlessly. While some of this is a visual thing (especially for us men), the rest of it is actually a matter of how we process the differences between these colors. To put it another way: it’s harder for people to identify something if they don’t have a word for it.

It’s not that we can’t physically see the difference, we usually can, but if we don’t really have an identifier for it then we don’t really consider the differences substantial enough to care. Studies into the influence of language on perception have shown that how we identify colors is in large part reliant on how specific our language is about it. One fairly common example is that many languages and cultures will perceive green and blue as shades of a single color rather than separate colors, often referred to as a “grue” when people mention it. This is an odd thing to consider for those of us with languages that do differentiate them, but that’s just our language coloring our perceptions too (no pun intended). To someone like an interior designer, painter, or any other profession where the various shades actually matter it’s probably just as strange that we can’t tell the differences between shades of white.

In the same fashion, entering into a field like the law probably changes how you see the meaning of certain words and phrases. You do really need to think like a lawyer to start to parse out some of the things they write down, not just because they constructed it but also because that’s how you can see it the way they do. Their word choice and how they organize their thoughts isn’t just a necessity but something they do as second nature. The same likely holds true for every major profession and culture.

The shorthand that groups like the police speak probably changes how they think of things (imagine, for instance, if you referred to someone as a “perp” vs a “suspect”). The vocabulary available in other fields may make understanding some ideas easier to decipher, like knowing the difference between a vein and an artery in medicine. And, on a cultural level, having the language for certain ideas makes it easier for those ideas to spread and be understood. Our cultures shape the language that we speak, but our language also apparently does the same back to us.

Continued studies into this “linguistic relativity” keep finding new ways our languages influence us and just how much (or how little) it does. When it was first proposed decades ago the idea was that it was a strong relation and that our languages determined how we think and vice-versa. However, as time went on, it started to look more and more like the relationship was more of a softer influence. This softer version makes sense since the vocabulary itself isn’t the only factor but rather how you use it as in my examples with the interior designers and, of course, the lawyers. It’s not just the words available to us but how we use them. Still, regardless of the exact nature of the impact of language on who we are…

(I write novels and dabble in screenplays. Now that I’m thinking about this, I’ll probably be more concerned with word choice for a while. In the meantime, you can find me trying to think my way around 280 characters on twitter.)