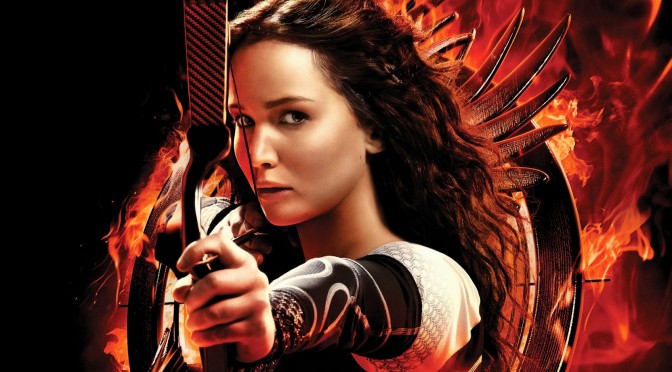 The Hunger Games film has come out and it is currently doing spectacularly. In it’s opening weekend it managed to beat the first film in the Twilight Saga and several of my more feminist minded friends have cheered the fact that the current fad among teen girls happens to be centered on what can easily be defined as a strong willed, self sufficient and capable female lead that isn’t constantly helpless or tripping over herself. 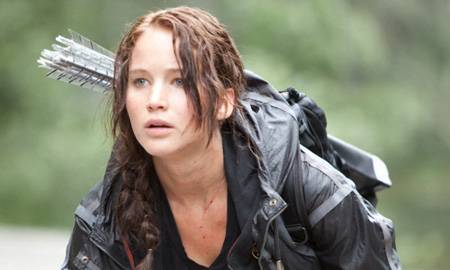 This is progress people.

But along the way there are some criticisms to be addressed. Namely, the basic premise of this story is stitched together from the styles, conventions and plot lines of other works through the last few decades. One that springs to the top of the list quite easily is Battle Royale, a story about a group of teenagers abducted and forced into mortal combat for someone’s twisted purposes. This is really fucking similar. In fact, it’s also really similar to quite a few stories through the ages.

Some people have credited this as being different from Battle Royale by the fact it really strikes out at the culture of Reality Television that’s risen in the recent years. But then, if you take that into account, it’s actually quite similar to other stories even there too. At one time, I broke down an explanation of the plot to a friend as “Picture The Running Man if Arnold were a teenage girl and was fighting other teenagers for survival without the light bright costumes”.

So when it boils down to it, it’s kind of the product of years of cultural development being stirred together in a pot and set to simmer. There’s nothing wrong with that from a certain vantage, mind you, but it is a criticism leveled at the whole thing by the people who like to find criticisms. This, in itself, is not something I have a problem with.

What I do have a problem with is the defenses that have been shot back at these criticisms. Though they come in many flavors, they all say the same thing “there are no new ideas anymore.”

So why the hell are any of us writing anymore if there’s nothing left to write?

The truth is that there’s a loss of perspective. If you watch Battle Royale and watch Hunger Games back to back, you wouldn’t walk away with the impression you’d seen the same story twice. The same would go for Running Man to Hunger Games. In fact, you’d find that if you watched any good works that had similar plots you’d find that you rarely felt like they were really “ripping off” each other. The reason is because a lot of people mistake what exactly is the aim of telling stories.

An original idea is great, but you have to make that original idea something compelling to the reader. If you have nothing but an original idea, something that I recall pointing out was a mistake back during my “new sci-fi” rants, then you’ve really kind of missed the point. Your ideas aren’t enough, there has to be a story. And when you have that story, you have to realize that people are going to read this and are going to be deciding the virtue of your story based on the things they can relate to rather than the things they cannot. In other words, if your idea is too original (read: nonsensical), people are going to hate it.

Like with everything, there’s always a balancing act. You can’t make something too much in one direction or another. If something is too derivative you’ll find people are bored with it because they’ve heard the story before. If something is too original they’ll be bored with it because they have no idea what’s going on or what they’re supposed to feel about it. Regardless of what genre you’re writing, you end up having to write about something that could relate to your audience and their feelings. In other words, your story will never be 100% original because, regardless of effort, it has to feature something that can be recognized as the human experience.

There are plenty of ideas still left out there, in fact if you took a book from today and transported it back no more than half a century they’d think that some of the things you wrote about were signs you’d gone insane.

The problem is that if you wrote about nothing except the new ideas, you’d be left with a story so abstract and inhuman that it would only fit in among what many artists would call “avant garde”. Here, have a taste:

I know what you’re thinking about now: “What the fuck did I just watch?” The answer, as I just said, was avant garde. Unique, wasn’t it? You see, the problem with Avant Garde in any form is that it is inaccessible by anyone who’s not part of the avant garde mindset. No one would really pay good money to see 2 hours of what you just saw in the video above. No one would buy a book to read about…whatever the hell that was. And that’s what you’d end up with if you didn’t have some sense of convention to wrap around your original idea.

And that thing about conventions, sometimes, it’s okay to remember that there are elements of a story that, even if you could come up with an original alternative, should be left as is. For instance, if you’re doing a sci-fi story set in space it is perfectly acceptable to use a space ship at some point. Yes, I know that someone else has done it before, but what else are you going to send them in, a school bus? 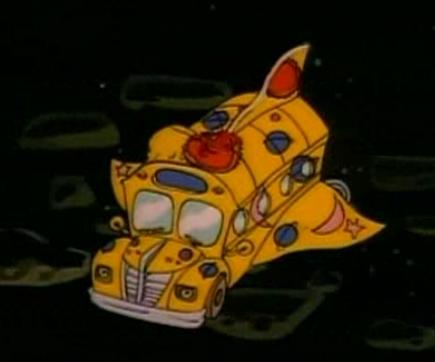 It would be original, to say the least, but no one would take your story seriously while picturing the bus flying among the stars. And so you have to be accepting that sometimes there will be elements that will always be present. As I told my friend during a conversation on this topic, everything good is mostly written to build on top of what others have done already, adding new things to the top of the old.

Hell, the line I just said is pretty much the basis of the age old “standing on the shoulders of giants” quote. Without radio there would be no television and without television there would be no computer monitors to read this on. Without John Carter, there probably wouldn’t have been a Star Wars or Superman. Which, by the way, is one of the reasons you should show love to John Carter too. I hear it’s still about 200 million in the hole.

And to show my originality, 2 videos this time.

Also, don’t forget to give my books a look. They’re also a unique take on old ideas.