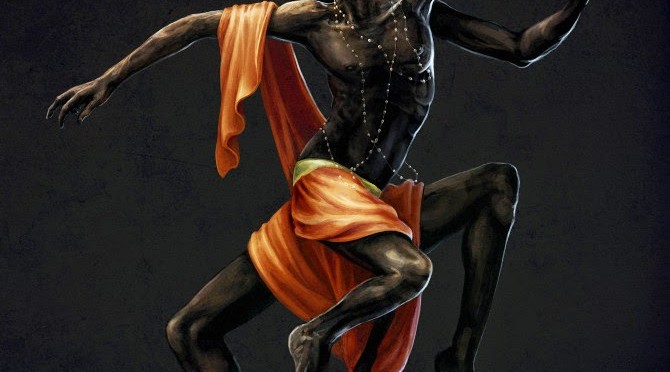 For many of the cultures to come out of West Africa, what we know in the western world is often a derivative of one of their abstracts. Of course, the best example of this is Vodou, the culture we’ve long since associated with the darker aspects of their own superstitions, rather than the more mainstream beliefs. But even outside of Vodou you’ll find that the common knowledge of West African cultures is generally limited to things which are the easiest for us to process.

One great example of this is the Ashanti, one of the most commonly known cultures of West Africa. People who are familiar with the word immediately know of the Ashanti folk hero Anansi the spider. But after that point you’d be hard pressed to find someone who knows more about who they are. In fact, most aren’t even aware of the fact that the Ashanti are a subgroup, a single part of a greater whole, and that the majority of their beliefs actually originate from the people who share their language: The Akan.

It makes some sense that the Ashanti take the limelight here, they are the largest subgroup of the Akan and thus most Akan that we’ve encountered over the centuries have been Ashanti. But what’s important about it is that details like that lead to us sometimes not understanding the culture as a whole. And so, today, let’s address the larger group’s beliefs (as well as I can in the space I have). END_OF_DOCUMENT_TOKEN_TO_BE_REPLACED