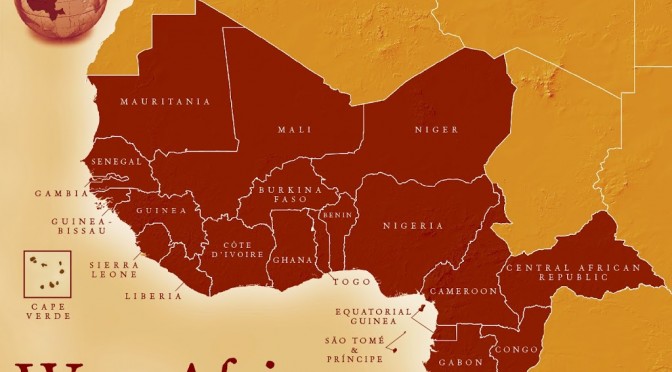 When I started touring the mythologies of the world, I did so with two major reasons in mind. The first was that the fantasy genres, by and large, have stagnated in the recent years. Our novels, games, and movies all fall under similar categories with the differences primarily in presentation and angle rather than source. As a result, some parts of the fantasy genre have been on the decline. The popularity of Urban Fantasy proves that it’s not the genre itself that’s a problem, but rather that people want to see something different from what has been done for so many years. New material can’t hurt.

The second is that we’re living in a more global society than ever before. International markets have become more vibrant and viable for creators to work with. People in the domestic markets are becoming more aware of the outside world. We are slowly becoming an open multi-cultural society. There’s always been a vein of people who follow the teachings of another culture and those people have usually been marked as outcasts and weirdoes in the western world.  But today we’re finding those people are becoming mainstream rapidly.

Some may point at the internet, but the fact of the matter is that silly white people getting Chinese tattoos has been a thing for at least a couple decades. Rather, the reason is more fundamental: as people have become more accepting of each other, so too have we become more accepting of our cultures. Some start to complain that it’s “cultural appropriation”, but someone trying to show respect and love for someone else’s culture is not a bad thing, it’s a sign we’re starting to appreciate people and history other than our own. And, the fact is, we really could afford to know more about places like… 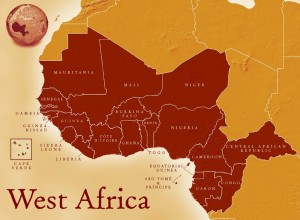 A while back, I mentioned that there are a few reasons why we don’t know as much about African culture as we know about on other continents. We’re familiar with a few places, but on a continent that huge there’s a surprising scarcity of references to that place in the western world. The reasons I mentioned all those weeks ago were entirely true: there aren’t any continent spanning empires in African history (because the continent barely tolerates humans existing on it), the stories are primarily told in an oral tradition with few written texts, and there is a huge variety that’s difficult to organize without deep research.

But there are other reasons that should have been on that list that I felt were best left for this time in the study. The first of those reasons is that we in the west often feel (rightfully) uncomfortable looking too close into the history of the African continent. Beyond North Africa, which people from Europe and Asia had dealings with for thousands of years, the rest of the continent has really only been familiar to us since the beginning of the age of exploration. And, frankly, it’s hard to admit at times that you ruined everyone’s day for half a millennium.

After the mythology of the North African regions, the African mythology most familiar to us in the western world would have to be that of West Africa. In fact, recently Neil Gaiman announced there’s a TV project based on his novel “The Anansi Boys” following the lives of the sons of “Mr. Nancy”. Mr. Nancy was an incarnation of Anansi, the West African trickster spirit who holds a folk hero status similar in nature to that of the North American stories of Coyote. We know of Anansi through the Ashanti people of Ghana. Unfortunately, we know the Ashanti people through what will forever hold the record for worst boat trip of all time.

After having discovered the Americas, Christopher Columbus and others like him tried to enslave the natives and ended up giving them smallpox that decimated the population. Understandably, the natives that survived the smallpox outbreak weren’t about to cooperate and did their best to tell the white guys to fuck off. Not ones to give up and completely lacking a moral compass, the Europeans decided that they would ship in slaves from other parts of the world to work the fertile lands they’d just “appropriated” and the Transatlantic Slave Trade was born.

Frankly, for a very long time, white people were the scariest fucking thing on the planet for just about everyone. Anyone who denies this needs to realize that every time someone who looked like us stepped on someone else’s continent for a few centuries – a lot of people died. We’re getting better, but just go into the conversation understanding that and realize that’s part of why we’ve always been a little squeamish looking at the culture of the people we did some horrible things to.

Second, when they got here, our ancestors saw fit to force them to acclimate to our culture. The newly transferred people were made to adopt new names, new religions and a new way of life. The result was that what little we did know about them is what we learned from the few times someone actually asked. We’ve since learned more, but it’s one of those situations where Europe did it’s best to erase a culture rather than learn about it.

Because of this, the average person in the western world knows only a bit about West African culture and what we do know is pretty blurry. In fact, there’s three lessons we really need to learn before continuing on here.

When these people were brought here, we did the typical thing that early European explorers did in Africa a lot: we assumed they were all one culture. This is a common thing, sadly, as even today we’re just starting to figure out that the Kush and Egyptians were more separate than we believed. At the time it was because we assumed that if they looked alike they must think alike and…of course, not looking like us meant that they all looked alike, right?

But the truth is, West Africa might be a region, but it’s not a people. The area that we call “West Africa” is home to dozens of cultures, sub-cultures, and nations which all had different ideas on similar concepts. There was some cross pollination and several smaller groups could connect themselves to the larger groups, but in that case it was like saying Protestants were like Catholics…and we know how that’s gone. 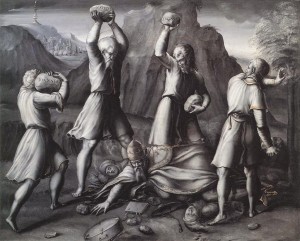 But, for that matter, even as we lumped all of them into one culture we then proceeded to ignore that languages were also different. So…

Despite what we know of Egyptian and Berber mythology, what you’ll find for a lot of African mythologies, including in the west, is that there are a lot of monotheistic cultures. The thing is, just because they have one god doesn’t mean that god has to have one name, and many of them don’t. There are some cultures in West Africa where one god reigns over all of creation but his name changes depending on what region you’re in at the time. Of course, to us, this sounds silly because the Abrahamic God doesn’t have a dozen silly names, right? 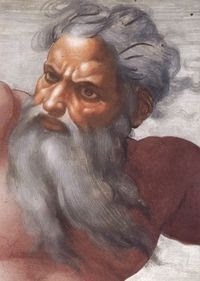 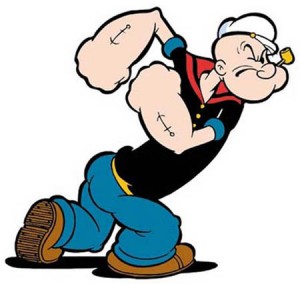 Tzevaot
Jesus (depending on who you ask)
And, hell, let’s say Elvis

So clearly, not having a single name is pretty damn common. And speaking of things that were common…

When the people from West Africa were brought to this side of the world and were pigeonholed into a religion that wasn’t their own, their old religions were lumped together with “pagan” religion in that Christians believed everything they did was wicked and evil. As a result, Voodoo/Vodou/Vodun was turned into this word that immediately springs to mind the idea of “evil witchcraft”. Hell, that’s where we get Zombies from, and we all know how freaked out people get about the idea of Zombies. 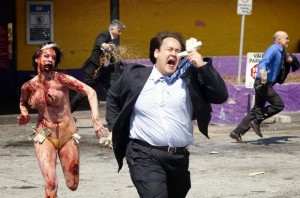 But you know who are really freaked out about the idea of Zombies? People who believe in Vodou.

You see, the Vodou religion is actually quite a bit like Catholicism in that the spirits they believed in, the Vodun, functioned much in the same way as Saints and Angels function in Catholicism. This made it quite easy for people who believed in Vodou to maintain much of their identity even as they were being indoctrinated into the religions of the people who captured them. But, while most of their religion was intact even under the control of Catholics, one aspect was missing as a result of their forced relocation.

For many believers of Vodou, heaven is located in their homeland. It’s believed that when they die in the western world, they would be gathered from their graves by their god and then carried back to where they belong. However, if they offend their god, the belief is that they would be left behind to roam the Earth instead. These undead, lacking in either body or soul (there were two types of Zombie in Haiti) are left to the whims of the bokor – sorcerers who practiced magic and could capitalize on these remaining bodies and souls.

It doesn’t take much to realize the fear embodied in the idea you would be left behind. After being taken from their home and forced into hard labor, the greatest fear of the believers of Vodou is that, even in death, they could never go home. Worse, because of some wrong they may have committed in life, they believe that being left behind would mean they would fall into the hands of a new master in death.

But as a greater injustice, we conflated their fears with folklore that wasn’t even part of Vodou. In many parts of the world there is a belief in an entity known as the Revenant. Revenants were the reanimated dead, bodies of wicked people who would be cursed to wander the Earth in a state of unrest. These Revenants were often immortal beings who would bring misery and spread disease among the living. The only means of killing them were to cause severe trauma – specifically removing the head. And the place where the stories of Revenants were most popular?

(I write books. There are zombies, but in Altered World, those zombies still have rights. So…progress!)

One thought on “Mythology World Tour: Introduction to West Africa”