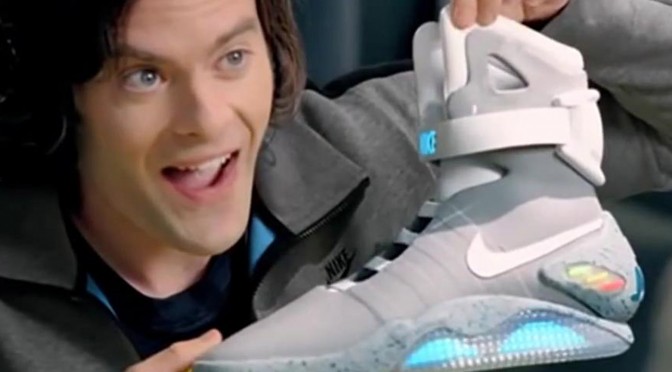 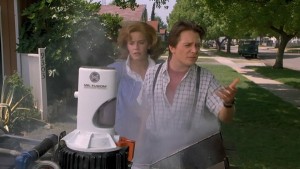 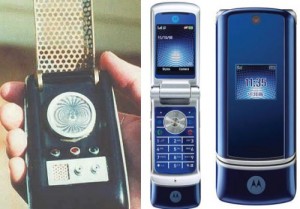 Why Is Nike Making Self-Lacing Shoes? 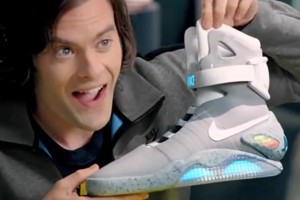 The key word from before is actually “educated”. Yes, Jules Verne predicted a lot of things a century ahead of his time. But Verne was working off the understanding of science he had at the time and that was the foundation of what was going to be fundamental in the actual moon landing a century later. He wasn’t pulling it from his ass based on complete flights of fancy, he was making a good guess based on contemporary information. Rockets work like rockets work, that wasn’t going to change. On the other hand, Back to the Future II wasn’t making educated guesses, it was spit-balling overcomplicated solutions to minor inconveniences (“We don’t need roads where we’re going”) while completely bullshitting solutions to major problems (see: Mr. Fusion).

So when Nike announces that they’re actually going to go out of their way to make sure self-lacing shoes are a thing this year, I was a little annoyed on some level. It’s a cute idea, don’t get me wrong, but how many qualified researchers are they actually devoting to this thing? Think about that: what could these people be working on instead of self-lacing shoes? These are engineers, qualified scientists who are being dedicated towards a problem that only costs people 30 seconds out of their day at most. This is like buying a grenade launcher for pest control. Sure, you’re going to get the desired results, but what was the point?

Wearable technology is definitely going to change the world at some point, but this isn’t how. If you want an example in the same wheelhouse, consider this one: all weather multi-purpose shoes with adaptable traction. Wow, that was a mouth-full, wasn’t it? What the fuck did I just suggest? Shoes that protect you and your feet in all weather conditions by having the material and the soles adapt to their environment.

A little more useful than “they tie themselves”, isn’t it?

The fact of the matter is, the technology for such a thing is already being worked on for other uses. Hydrophobic materials are a major research field right now because it would allow for more efficient water proofing of things that absolutely require it. Memory materials is another field which would allow materials to change their structure to adapt to different situations. If Nike spent their money researching those instead of devoting a bunch of researchers into shaving 30 seconds off of people’s daily routines, that would be just a touch more research money being devoted to these things which could impact the rest of society as well. Instead, we’re going to have a technology that is a cute novelty for a while before people realize that these things are tremendously expensive and ultimately worthless. 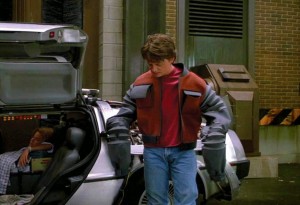 Even the people who built the hoverboard everyone was excited about had a more beneficial ulterior motive behind their work. The technology being put into this semi-functional hoverboard is actually meant for potentially being installed into the structure of buildings to enhance their survival of earthquakes. Yeah, that’s right, they weren’t trying to mimic Back to the Future – they were trying to save lives and realized making a movie reference may get them more support. The hoverboard may be the face of what they’re doing, but it’s just a PR stunt to get backing for what should be a far more important concept.

And, you know what? If Nike were building something with this same mentality I would be backing them all the way. But, lately, I don’t think that’s how we approach certain fields of technology – particularly the promising field of “wearable technology”. Instead, I’m finding more and more of it has to do with whether or not it mirrors an idea someone proposed in a piece of fantasy or sci-fi work. If it doesn’t follow a piece of pop culture, the world couldn’t give any less of a shit. Case in point, those guys who are working on light bending meta-materials who have to pitch it as “we’re making Harry Potter’s invisibility cloak”.

I have sad news for you: If they ever actually perfected invisibility, it would be completely illegal for you to own it. Don’t understand? Well consider what good an invisibility cloak would actually be for the average person and then realize 90% of those activities are already illegal. They wouldn’t want you to have it, so they would probably go out of their way to make sure you can’t. Don’t get me wrong, invisibility would be immensely beneficial to the military and it would probably be used for stealth technology, but the actual benefit of meta materials are more mundane and beneficial than you realize. Those uses? Communications, radiation shielding, and even something as far out as fire-fighting equipment.

So I can hear it already, “how can you use an invisibility cloak for fire fighting equipment?” The answer is: most optical, light-bending meta-material experiments are being focused on… infrared radiation. Many of you will instantly recognize how that’s useful to fire-fighters. Infrared is the means by which heat is transmitted, so when you have a material specifically built to bend that light without allowing it to pass through, you’re going to be useful to people who walk into fires. That’s an awesome technology, one that deserves our attention, so why do we have to make it about Harry Potter?

Well, honestly, that’s the media’s fault. The way we process information is determined in large part by how they choose to present it to us. They think we’re not smart enough to process the bigger ideas, they want us to feel more rather than think more, so they direct us time and time again towards the “exciting” idea while ignoring the more profound ones. This is how the Higgs-Boson became the “God” particle when physicists insisted it was really the “god damn” particle. This is how we became obsessed with jet-packs. This is why we talk a great deal about things that, in the end, we think we want but really don’t. 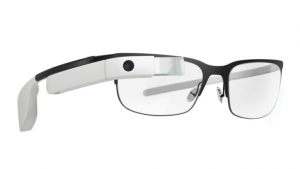 A sad case has recently come to light as Google pulled the plug on their ambitious but somewhat misguided experiment with Google Glass. If you haven’t heard already: they discontinued it this last week. The idea itself was promising and “exciting” to a lot of people. Everyone has longed for the time when the world could have information displayed over it much the same way our video games do. We thought we wanted hands free control of our devices. We thought we wanted the internet integrated with the entirety of our world rather than just a fraction of it. We were told this was going to be the future of information technology.

The problem was that, while the idea had merits, it was an idea based on a nebulous sci-fi concept that wasn’t fully formed by natural progression of ideas. All good concepts in our society are based on the progression that one good idea leads to another which will lead to a third. But, Google Glass, like a lot of ideas which fall short, was an idea we had purely because it was suggested to us by our culture.

People have been trying to invent this product since the 80s, especially focusing heavily on it in the 90s, until finally having the technology in the recent years. Like self-lacing shoes, we thought we wanted it because it gave us a strange warm feeling at the thought of it. We saw it in our stories and we thought that having it would somehow bring us a step closer to the future that excited us. But, what we realized instead…

Was that it made us look (and act) like assholes.

(I write novels. They include future technologies in them. But, like all good sci-fi, they are not an accurate depiction of the future…they are just a tribute.)