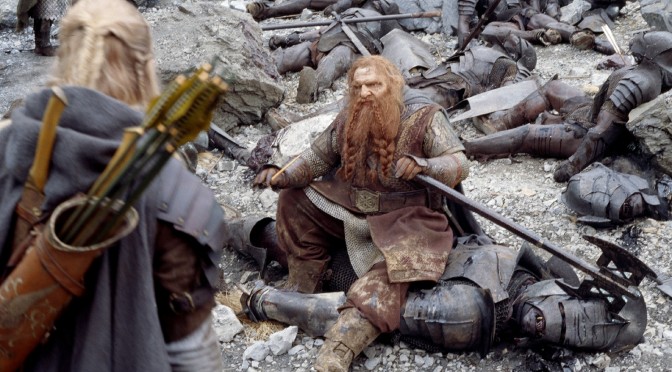 Just one question: Where did Tolkien get it from?

The thing to remember is that Tolkien didn’t actually invent most of the races that were in his books, he just happened to be very well educated in cultures of the world and knew how to weave those races into the backstory he had constructed, sometimes with new names and new languages to make them feel more connected as a whole. But, like most great writers, Tolkien took what he knew and he used that to make great work.

Among the things he borrowed from mythology were, of course, the Elves and the Dwarves, both Norse in origin and cited in the Prose Eddas multiple times. But what doesn’t often come to light is just why these two races would be opposed to each other more so than any of the other races. His version of the Elves were somewhat arrogant and above it all, making them difficult to get along with in most cases. But you put them together with a Dwarf or two and things suddenly became much more lively. 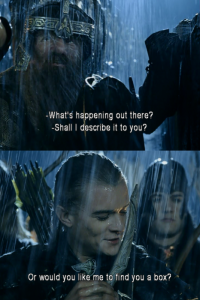 One clear reason that could be easily cited is that the Elves and Dwarves were dramatically different culturally. Dwarves tend to be rough and tumble, down in the dirt and eager to get dirtier. Meanwhile, Elves have always seemingly floated above it all, the noblest race and least likely to get involved in the affairs of mortal races. Often times Elves are seen to walk away from problems, willing to simply wait them out. Meanwhile, if a Dwarf is likely to do anything – it’s find trouble.

But is that divide simply something Tolkien cooked up himself as a way to differentiate his races more than simply a matter of height, or was there a root inspiration? One could easily argue for the former since the Dwarves and Elves are the two races most unlike each other in his works. But if you were to look at the way Elves treat Humans it’s almost as a mentor role. Similarly, Elf behavior towards Hobbits is that towards a child – condescending but not particularly from a place of disdain. Did he polarize these two races just to act as foils to each other? 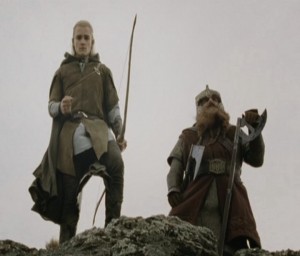 The fact remains that these two races are definitely the races that appeared in the original Norse mythology and that brings some interesting things to light. Looking into the original Prose Edda, you find that Tolkien’s depiction of Elves was fairly accurate to the original material (as far as we know it in the modern day). The Elves of Norse mythology lived in one of the higher realms of the cosmos, Alfheim, among the branches of Yggdrasil in essentially the heavens. They mingled with the gods and served directly under them in many cases. They were close to the gods, involved in many of their affairs, and were thus removed from most activities of the mortal plain. But Dwarves? That’s where it gets interesting. 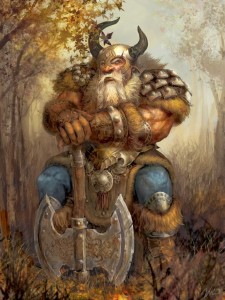 The thing to understand about Dwarves, as we know them today, is that they were all over the Eddas but weren’t always easy to identify. This is a common thing in Norse mythology due to several factors. The first of these factors was that the Mythology originated from many different regions with multiple languages. They were stories written in different languages with different perspectives before being collected together. The second reason is that the Eddas weren’t written by the original Norse themselves but were actually a compilation of stories written down centuries after the region had been converted to other religions. Meaning what we know today is the translated compilation of stories of multiple regions without a contemporary frame of reference to keep it straight.

If that doesn’t sound like the path to madness, try to imagine what it would be like if you tried to do the same for Christianity a millennia from now. Seems easy at first, but every denomination would be calling itself Christian, several of them couldn’t agree on what day was the Sabbath, most of them don’t speak the same language, there are multiple rewrites of the same book and, oh yeah, the Mormons added a book so that really fucks things up. Then picture trying to compile that all into one collection that makes sense while you haven’t even met a practicing Christian and the world’s long ago converted to Scientology.

So while we’ve got a pretty clear picture on what the Elves were like, what we know of Dwarves is by using associations to connect many different names to craft a picture. The fact is, Dwarves are left somewhat vague when you address any one name, the clearer picture only forming when you address them all. It is in their names that we start to see a picture of why the two races may be at odds so often. Though many details have been lost in translation over the centuries, the names that are attributed to the Dwarves paint a picture all their own. The first, and one which makes the most impact, is “Svartalfar”. 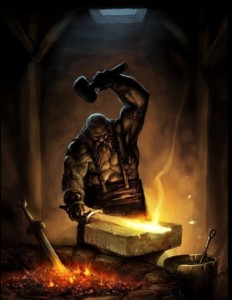 This is the first breadcrumb of what exactly puts the two races at odds throughout the genre. Despite their drastically different appearances, the Dwarves, too, were a kind of elves in Norse mythology and were essentially the short, hairy version of otherwise elegant beings. The Alfar, Elves, were said to be beings of light and good that were to live in the heavens, where as the Svartalfar were hairy, dark, and lived underground. This distinction between them also meant that another name to appear in the Prose Edda also becomes associated with the Dwarves, the Dokkalfar, Dark Elves.

What is said of the Dark Elves also paints an even clearer picture of the opposition between the two. It is said that, while the “Light Elves” were good in nature, the Dokkalfar were supposed to be wholly different from them physically and behaviorally. And this association with darkness and misdeeds doesn’t end with just the names Svartalfar and Dokkalfar, even the more direct name of Dvergr has sparked debate on its Etymology. In one prevailing camp of theories the word that became “Dwarf” over time originates from Indo-European words dheur (“Damage”) or dhreugh (“illusion”) and, through linguistic history, possibly relating back to dhvaras, a form of demonic being. In the end, the names indicate something that makes the rivalry easier to understand.

Elves, depicted as being companions to the Aesir and Vanir, were associated with order and purity. However, the Dwarves, associated with the underworld, were given names which repeatedly associated them with one thing: disorder. This isn’t to say that the Dwarves were actually evil, however, as the Svartalfar helped the Aesir several times and they were often associated with wisdom and craftsmanship. Rather, many scholars believe that the Dwarves may have been nature spirits or spirits of death, natural forces which represented chaos and elements beyond our control. In essense, while the Elves brought order to the world around them and created an idyllic world in Alfheim, the Dwarves were the unpredictability of nature, toiling away in the depths of Svartalfheim doing only Odin knows what. They were the opposing forces of order and chaos, the balancing act of supernatural forces in the world.

And their associations continue to establish this. The Elves, on their association with the Aesir, were particularly close to Freyr, a fertility god and thus one of the gods most often called upon by the Norse who had harsh winters and needed all the help they could get to make their crops as fertile as possible in their window in between. Meanwhile, the Dwarves, while not necessarily doing anything to humans of note, most famously associated with the Aesir through a wholly different figure – Loki.

In one of the most famous appearances of Dwarves in what Norse mythology we have maintained to this day, Loki, having wronged the other gods, turned to the Dwarves for gifts to make amends. The Dwarves he turned to create three incredible gifts for the gods, including Thor’s hammer Mjolnir. However, this story, while associating the Dwarves with a god of chaos, also shows them to be craftier than the trickster himself.

After getting the first two gifts, Loki goes to a pair of Dwarf brothers to get a third gift for Thor. As he meets with them he decides to provoke them into making the gift despite their hesitations by provoking their pride and offering something them invaluable in a wager: his very head. According to the wager, if they could make something greater than the other sets of Dwarves had made, the brothers would take ownership of his head. They succeeded by making Mjolnir, Thor’s hammer, but in the course of it Loki attempts to trick them by pointing out his head is attached to his neck and they have no ownership over that, thus they couldn’t collect. The Dwarves, proving themselves craftier, decide the best way to go about this would be to use their ownership of his head to sow his mouth shut as punishment. 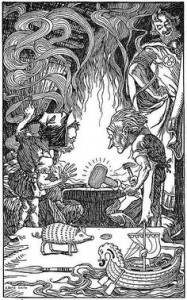 Physically, there are other indicators of the Dwarves being a representative of the untamed wilds. Though their earliest descriptions simply marked them as being particularly dark, later depictions grew more and more similar to another creature of European folklore. For as the Dwarves slowly became this: 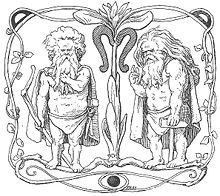 They were quickly becoming closer to the depictions of this: 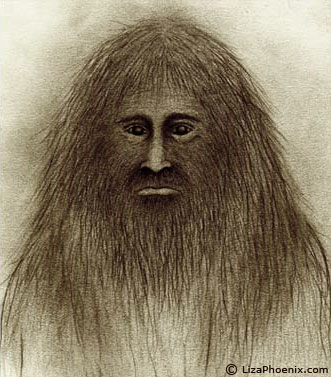 The Woodwose, while being more often associated with Faun or Satyrs, has a distinct similarity in appearance to the later images of Dwarves. Found in Western European countries throughout the middle ages, the image of the hairy wildman possessed of a strange wisdom but driven to the wilds bears a striking similarity to the hairy wild-men of the underworld. One would assume it to be simply a coincidence, but the modern image of Woodwoses that took hold were created in the 9th through 12th centuries, after a great deal of cross-cultural exchange took place as Norse “tourists” made several trips to the shores of other countries. 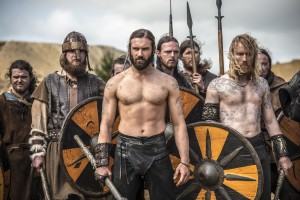 The similarity of the appearance of these figures does not indicate that the two are the same, but it does demonstrate that they were demonstrative of similar concepts. Untamed, wild hair on a near-human figure was greatly associated with someone being lost to or originating from the wilderness. Combined with the etymology of their names, it becomes clear that the reason the Elves and Dwarves have always shared a rivalry in our literature is because, while the Elves were meant to represent order and purity their apparent cousins…

Were not exactly “civilized” by any stretch of the imagination.

(I write books. There are Dwarves and Elves in them. I also write Alter Facts, which you can find at my twitter account. Both are good times.)

2 thoughts on “Mythology Monday: Why Are Elves and Dwarves Rivals?”