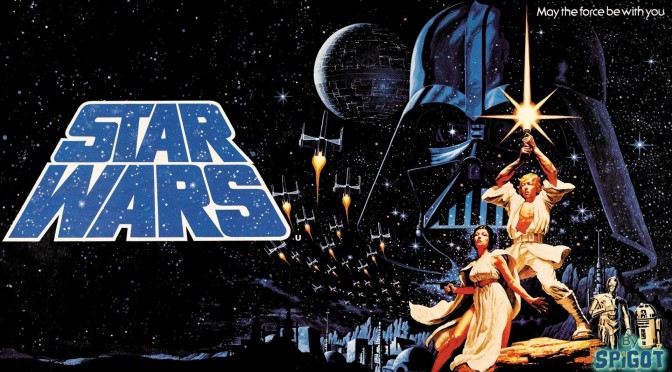 As I write this, it’s May the Fourth, a day when people all over can come together for their love for Star Wars. It used to be a simple joke when people went around saying “May the 4th be with you”, but clearly that joke got out of hand a long time ago. We now see events based around it, people dress up like characters if they have the day off from work. And bloggers? We shoehorn in topics related to Star Wars for shits and giggles.

But not everyone understands the draw of Star Wars. On more than one occasion I’ve had discussions with people about whether or not the movies deserve the furious support that they get from clearly devoted, even zealous, fans. Why is it so pervasive, so lasting and so powerful as to make grown men giddy with excitement over Harrison Ford just saying the line “we’re home”?

And the thing is…you’d be hard pressed to put it into words why Star Wars is so loved. Anyone who even tried to debate the matter would find themselves running into road blocks along the way. The dialogue usually bounces from campy and dated to downright pretentious. The action scenes were usually pretty stilted and once they improved in the prequels we found more people angry that Yoda actually had the moves. And speaking of that, we can use the prequel trilogy to go ahead and say that special effects weren’t the magic bullet.

Eventually you fall back on the idea that the story was good and that the characters were original. But as I’ve pointed out before, George Lucas isn’t the best writer. More over, the characters aren’t really that original – mostly stemming from old archetypes that have existed since the dawn of human civilization. But that last point, right there, may just provide the clue.

You see, I hold that Star Wars is successful because, for all intents and purposes… we’ve seen it before…