Isaac “Ike” Perlmutter – there’s a damn good chance you have no idea who that is. And you couldn’t be blamed for that. Despite being a major businessman since the late 80s and worth 3.8 billion dollars, no one really knows Ike. Even Steve Jobs gave more interviews and appearances. And, as far as we know, Ike could be a brain in a jar considering the last photo anyone seems to have of him is from 1985. 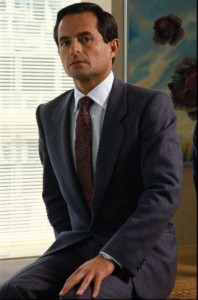 So you can be excused for having no idea who he is and assuming his business decisions are being relayed from a screen with his face on it like Arnim Zola in Winter Soldier. But, as they like to say it, “you will know him by his deeds”, and Ike’s been pretty active on that front. Even if you have no idea who he is, you’re familiar with his work and it looks something like this.

So when news broke not long ago that Marvel Studios was going to cut Ike and the “Creative Committee” out of decisions from here on and report only to Disney, some people were surprised. After all, Ike is a pretty damn good business man. Having come to the US with practically nothing, including no formal education, Ike managed to rise through the business world to eventually own Toy Biz. Before long, he leveraged that to become the largest shareholder of Marvel and, now, the largest private shareholder of Disney. This is a man who literally had nothing and somehow ended up with everything. Yet they’re deciding he needs to be cut out of the equation. It’d be a mystery to most, but a very simple answer lies behind it all…

Ike’s an asshole. And, frankly, miserable to work with… END_OF_DOCUMENT_TOKEN_TO_BE_REPLACED