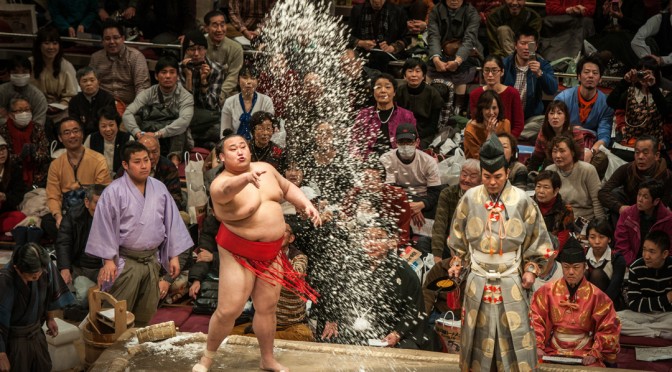 Some time ago I wrote about Holy Water and the origins of the belief that water itself could be sacred. But as I did, I left out a little something in the equation. You see, after saying a prayer over it for God’s blessing, priests  mix a newly blessed substance into the water to give it some extra holy kick – salt.

It’s not that unheard of, everyone knows that you’re not supposed to spill salt and, if you do, you toss it over your shoulder. You can also count on salt to drive out evil spirits and drive away demons. And, hell, anyone who’s watched Supernatural knows that the real story is how the Winchesters are funding salt mines around the world almost single-handedly.

Seriously, they use it almost every episode – pouring it across doors, making big circles of it, or even loading it into their guns. Salt is, according to some, the catch-all for banishing evil forces. Salt has been used to drive out witches, ghosts, the undead, and even the devil himself. It has been used to bless infants during baptisms, as an allegory for the good people of the Earth, and even used in some funeral rites. Recognized around the world, salt is, by all religious accounts, one of the best things to exist on the Earth.

And here doctors are telling us to cut back… END_OF_DOCUMENT_TOKEN_TO_BE_REPLACED