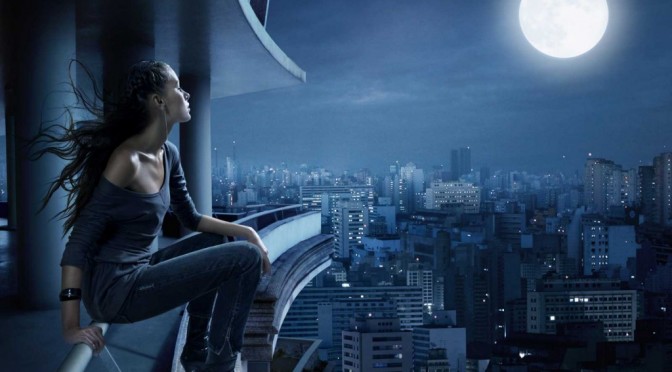 In the days leading up to publishing my first book I went over several genres to try to get an idea of what exactly I should classify it as. This seems like it should have been an easier task than it was since we all know most genres through personal experience as readers. The problem, however, presented itself in the fact I was using fantasy creatures in a world without something resembling traditional magic. There are scientific explanations for almost everything in the series, including some real world medical conditions. That sounded like a little too much science for a fantasy book to me.

So a great hunt began for a proverbial shelf to put my work on. Was I a science fiction author? Had I written a fantasy novel? Did i stumble into doing sci-fantasy? Was my work urban fantasy or supernatural mystery? To my surprise the answer to all of these was, to a degree, “yes”.

What I ended up finding was that my work could easily sit next to many different genres at the same time. I hadn’t done this intentionally and really had no motivation to even consider genre for the longest time – I just wanted to write my story. The questions would have gone unanswered if not for the fact you have to answer them before you can publish. So to this day I still change my description of its genre slightly depending on who I’m talking to. Recently, however, this means I’ve described it often with urban fantasy and that led to an interesting discovery… 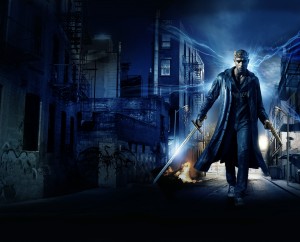 A friend of mine pointed out something I hadn’t considered before but became more true the longer I thought about it. While my works devote a lot of time to exploring how the real world and fantasy worlds would interact if pushed together, that’s generally not the goal in this genre. To put it simply, while the genre’s name makes it sound like the two halves are blended together, the urban and fantasy in the genre are usually very polarized. In fact, for the most part, the two sides almost never interact.

This is true for all variations of the genre. While a great many modern Urban Fantasy stories are borderline paranormal romance, that’s really only one facet of a greater genre. Broken down to a single concept rather than the genre trappings, Urban Fantasy is supposed to be any attempt to bring fantasy into the urban setting and ostensibly the real world. But the problem is that it usually stops at just the setting and rarely steps into the “real world”. A great deal of Urban Fantasy tends to isolate the fantasy world from everything around it as much as possible. How often have you seen a secret war that the world’s unaware of or a hidden world of fantastic creatures keeping themselves secluded for centuries? It’s practically everywhere.

The problem with this is that there’s rarely a real connection with the world it’s supposedly a part of.  Your protagonist will usually live in a city of some sort, but rarely does this translate to much more than simply establishing the setting. As mentioned before, much of (most of) modern Urban Fantasy is borderline paranormal romance (though mine sits next to mystery novels instead), so there’s not too much need for a complex environment. The setting in these stories almost never influences the story itself, resulting in it being more of a paint job rather than a real integration of the world. Essentially, the only reason some stories use the Urban Fantasy setting is so it’s easier to make a character your audience can relate to today.

This would be perfectly fine, if your fantasy world is isolated from the outside world then it’s understandable for them not to interact – that’s what they’ve been doing for centuries anyway. However, when these fantasy worlds and the real world actually do interact directly, some questions start to come up and rarely get answered. As people tend to write these stories to use the fantasy creatures as a more exotic supporting cast, they’re usually existing in a vacuum even as they step out of isolation. To put it another way: how can vampires afford to buy a new wardrobe every few years? 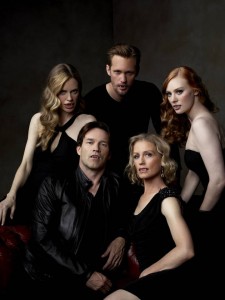 I’m sure you’re thinking that sounds like a bit of a silly question, clothes aren’t that cripplingly expensive (well, some clothes). But the typical Vampire in an Urban Fantasy environment is well dressed and lives a good life in the modern day while usually doing very little except being a Vampire. The general impression is that the only real hardship in their life is around the fact they need to feed. Seeing as you can’t just buy someone to eat, the financial aspect gets overlooked. But this strange detachment from real world problems extends to almost every creature in these worlds.

Most fantastic creatures, if they’re dressed for the modern day, will be dressed well and be quite dashing – especially in those borderline romance novels. But aside from being involved in whatever fantastic adventures are happening at that moment, very little thought or explanation goes into their lives beyond the moments they’re standing in the protagonist’s vicinity. As far as we know, magical creatures are just generally fashionable and live in very nice houses with very little explanation.

While they may eat people, which would save some money, they would still need clothes, furniture, and a new house every time they need to pack up and flee to another location. Then, as the angry villagers are nipping at their heels, they would have to be able to get around from one location to the next using modern transports. Then, while they may be immortal, their transport of choice is not. Horses die, cars crash, and bicycles rust. You’d have to find a way, as an immortal, to keep going forward.

The reason we don’t think about this often is because we generally assume any immortal is going to have “old money” from the sheer fact they’re old and it was their money. Theoretically you could simply invest and then live off the dividends until the end of time. Except that scenario would require the stock market never crashes and the vampires aren’t big spenders. Even most royal families in history skirted bankruptcy  and they were the ones who literally printed the money. Generally, when this sort of thing happened, the royal family in question went out of their way to conquer a new land or kill their creditors. 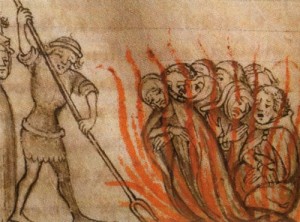 You would be very hard pressed to find an immortal fantasy creature in Urban Fantasy stories that worries over the stock market. You would also be hard pressed to find one that has a conventional occupation or stream of income. As far as we know, somehow, these people have managed to stretch finite resources for an infinite period of time. Some would think this means they took the path those royal families did, but then they wouldn’t have been a secret for very long. You can only publicly execute your creditors so many times before someone starts to connect the dots.

You could figure they save a lot of money by being eternally frugal and not killing people, but this is unrealistic as well. Living in the same house for a considerable period of time would be tricky given how pesky the government can be about such things. Property taxes, the census, and people asking why you haven’t died despite being over 200 years old are all hassles to be considered. So it’s likely that any sufficiently old creature has had to move around and revamp themselves every once in a while – something we often see them do through flashbacks. But if you’re constantly having to move from one lavish house to the next, and constantly having to buy a brand new wardrobe, without creating a visible paper trail – you’re going to start running out of funds. What, exactly, did these characters do to maintain their fortune?

There’s a litany of answers to something like this and a lot of them lead down some really cute and interesting side notes. Some would say that it removes a bit of the magic to focus on such things. However, by the same token, there is a lot of magic to be found in just how plausible these things can be. It’s always been my belief that making something fantastic seem truly tangible makes it all the more fantastic. After all, how great would it be if something happened to be so plausible that you aren’t entirely sure it’s not possible?

In my own work, I keep this in mind constantly and always try to include a sense of “this might be possible”. And I find that the more mundane traits of these creatures can often bring some flavor to your world. For instance, while playing off the fact Vampires are forced to count every grain in their path in some stories, I figured one of their most likely occupations would be an accountant. It’s a stupid little detail, but it provides a level of depth to their world while simultaneously making them actually a part of it.

Turned the other direction, you’ll find that some aspects of the real world can colorfully interact with the mythology. In the 1970s, as the Gold Standard was phased out and currency started to diminish in value around the world, gold started to rapidly increase in value. Coincidentally, also in the 1970s there was a sudden resurgence of micro-breweries in several parts of the world. In the real world this is a complete coincidence that doesn’t amount to much. However, in my fictional world it eventually translated into Leprechaun stock brokers who invested in their favorite pastime once they had all this extra money lying around. A coincidence plus some mythology translated to a whole new kind of “magic”.

My point is, there’s nothing to really lose by making your setting matter beyond the set pieces and props. Our world would be changed so much by having these creatures come into contact with it and theirs would too. Even with their unique origins, they’d face similar challenges and have to find their own ways to deal with them. They could be con-men, constantly working small jobs, or playing the market for centuries. They could have tried to ride out their funds and found that they outlasted them. They wouldn’t just drift through our world unaffected by it, they would have to move through it the same way we do…

Sometimes even a little less elegantly than we do.

(I write novels and have a twitter account. Both of them feature a little cross of the real world, fantasy, and some sci-fi.)

One thought on “Getting More “Urban” Into Urban Fantasy”