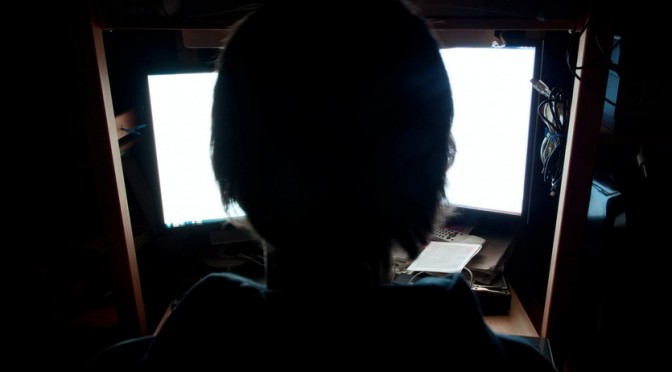 The Muses, guiding the human race since the dawn of civilization and showing us the path to grand new ideas. Throughout the history of mankind we’ve called on them for their inspiration and wisdom. This has led us from living in simple huts to constructing glistening towers of glass and steel. We’ve gone from struggling to tame animals to being able to surpass their talents with powerful machines. We’ve achieved things never dreamed of, reaching an age of endless wonder and scientific miracles.

But sometimes those Muses are not doing it with our best interests at heart. For every story of inspiration out there, there have been just as many stories of tortured and tormented minds, chasing a dream. Writers, artists, and great thinkers throughout history have been consumed by their goals and driven to the brink of madness. Some of them have turned to drugs. Others have become isolated loners with severe social issues. The stereotype has long held that the most brilliant of minds are often also the most unhappy. This can certainly be blamed on the Muses.

Why do they do this to us? Is it because they have a sinister goal to consume us? Do they want to profit from our hard work and leave us shattered people in their wake? Are we just really neurotic monkey people who happen to need a scapegoat for the fact we sometimes lose our minds once we’re stuck on a thought? 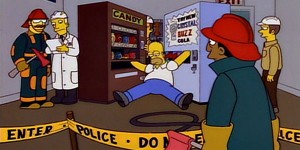 We may never know the answer to these questions. But what we do know is that, when the Muse is upon you, she may drive you to your limits. Certainly you’ve felt it: the thinning patience, the build of stress, doubts and fears beginning to creep through your mind. It’s time to learn how to deal with the Muse, before she destroys you!

Taming Of The Muse 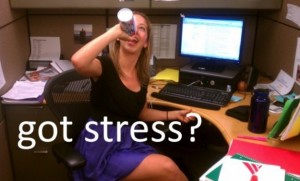 Whatever the reason for the Muse riding you like a bicycle, you must realize by this point that your sanity is at stake. There are people out there today, working on projects as if they were literally possessed, who have done horrible things to their own body. Stories have echoed throughout time of writers doing drugs, taking up dangerous hobbies, or literally picking up the dark arts and forming a pact with the old ones. 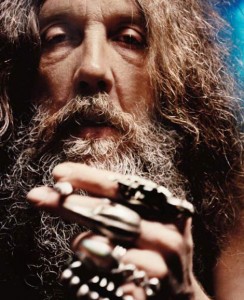 Considering that you likely do not want to be one of those unfortunate souls, but don’t want to scare off the Muse, it’s time to learn how to appease her. She doesn’t necessarily want you dead, after all, just busy. So everything you can do to make her coaxing less abusive will help you in the long run. A happy Muse is a gentle Muse. You don’t have to destroy yourself to make her happy, it’s just a natural side effect.

So, in the spirit of trying to avoid that, let’s start by understanding… 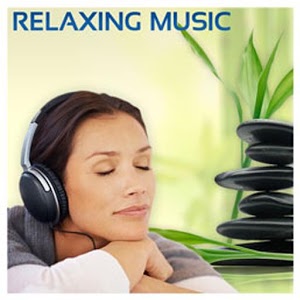 Ah, music, literally named after the Muses in ancient times. It’s of no surprise to anyone that the Muses are fond of the stuff. Few writers in the world have not assembled a playlist to summon the Muses and get those creative juices flowing. A good playlist will go a long way into making you churn out those words and get that story to paper.

But what if I told you that it could also be used to relax?

Surprisingly, the very thing that is used to summon the Muse to start whipping you into a creative fervor is also something that can be used to calm her. Yes, music can be used to make everything much less intense, maybe even enjoyable. I know from experience that a good tune can change me from a crazed, wide-eyed, neurotic nutjob to a more relaxed crazed, wide-eyed, neurotic nutjob. Relieving some of your stress and being at peace can help the creative process tremendously.

So find something that calms your nerves, removes your anxiety, and makes you less likely to stab someone in the neck with a pencil you sharpened with your teeth. Just picture every note as one step closer to inner peace and outer productivity without the rage, frustration, and self-loathing. That intensity you’re feeling right now isn’t really good for you, at least not in today’s society. Hemingway got his rage out by throwing grenades in WW2 despite being a reporter. But, seeing as you’re living in the most peaceful time in human history, you’re going to have to settle for some woodwinds.

Step Away From Your Vices 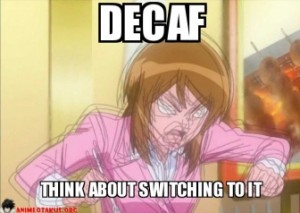 Here’s something that’s going to hurt to hear. If you’re a writer, you probably drink at least one sort of drug in your life. You probably ingest caffeine, alcohol, adderall, or raw sugar water like a giant space cockroach. 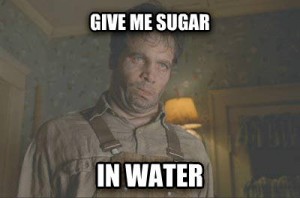 Now, there’s no judgment here, we all do it, the question is: are you doing too much of it? It’s important to know if there’s a problem so that you can address it. The Muse is going to force you to work yourself to death if you’re not careful and that’s going to happen far easier if you’re high as a kite off whatever you stirred into your cup a minute ago. There are some simple tests to determine if you’ve crossed that line that are easily applied right where you sit.

First, are you vibrating? You should be able to feel this if you simply sit still for a while and wait. If the room appears to shake like you’re living on top of the San Andreas fault – you need to put down your mug. Of course, this may be because you actually do live on or near the fault-lines. If that’s the case, simply look to see if anyone else in the area is freaking out about the sudden violent earthquake. If everyone else is calm, it’s probably you. 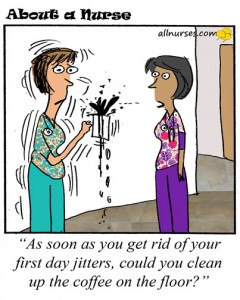 Second, if it’s not shaking, take a look around the room and take in the sights for a moment. Is everything still in HD or are you starting to notice that your world is looking like a video shot with a potato? You’d be amazed how much of “how fucked up am I?” can be determined by simply looking. Sure, you don’t feel all that off, but if your vision is starting to change there’s a good chance you’ve taken too much of something. This holds true for alcohol and many stimulants, and if you’ve taken too much adderall, that will start to make you see some shit too. 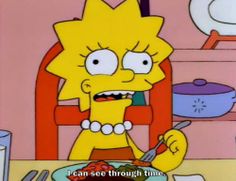 The Muse wants you to do this, but she’s also not too concerned about whether or not it’s good for you. Don’t worry, she won’t abandon you if you stop. After all, she doesn’t hate you, she just doesn’t particularly care about your state of mind. You are essentially her employee and she is the corporate overlord forcing you to work for minimum wage (if that). Still, she’d prefer you not have a stroke, as she can get much more work out of you while you’re alive, awake, and aware of your surroundings.

And, speaking of those surroundings…

Muses Are Less Hostile In Sunlight 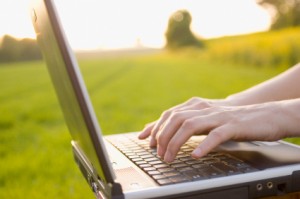 Little known secret, the sun actually makes you feel better. I know, as a nocturnal person myself, that it was hard for me to accept too. But what you have to understand is that the body generates Vitamin D when exposed to sunlight. Vitamin D actually improves your mood, health, and general well-being. If anything can make that Muse a little less aggressive, it’s some sunlight – she needs it too.

A little working outside can help you be creative without being miserable. Perhaps you may even find that it becomes more inspiring. Your Muse gets tired too and she doesn’t see sunlight unless you do. After all, she needs to stay on you at all times when you’re working. So if it helps your mood, it helps her too. Win-win!

Find a nice park, or a cafe with windows, maybe one with a patio. You’ll find that fresh air (which is something else you need) is going to be helpful in making you less miserable too. A great many people find themselves far more energized and creative in a healthy environment. Let’s face it, the dark corner you’ve been churning out your manuscript in probably doesn’t count. 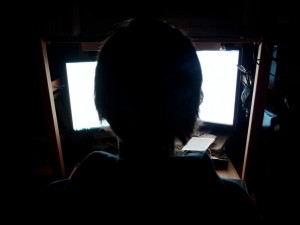 And, when the sun eventually sets, that’s when a lot of you might want to… 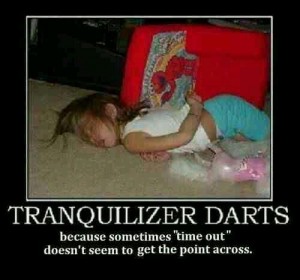 Humans experience a condition where we temporarily paralyze ourselves, go blind, and begin to vividly hallucinate things for a prolonged period of time. Science doesn’t understand why we do it, but it is known that without doing it we fall ill and become real dicks. They call it “sleeping”, and it could happen to you at any moment. But there’s a pretty good chance that you may have pulled a couple all-nighters and haven’t done it in a while.

Once again, let us remind you that the Muse also needs some sleep herself and hasn’t done it if you haven’t. She’s actually probably getting crankier the longer she goes without some shut-eye. You wouldn’t notice, what with being hopped up on a gallon of “Irish” coffee, but you’ll feel her wrath over time. And sure, you may have gotten a couple hours here or there, but they recommend you let the Muse get at least 6 to 8. A well rested Muse is a cooperative and helpful Muse.

You’ll also notice that, as you sleep, you begin to have vivid hallucinations of crazy things. These are called “dreams” and they can actually be quite inspiring themselves. Though you’ll forget most of them, taking a moment to sleep and then promptly writing down whatever dreams you had in the morning can sometimes give you great insight or new ideas that didn’t come to you before. This effect can even partially replace the sort of drug fueled brainstorms used by the greats like Mary Shelley, Stephen King, and that guy on the subway that warns you of the oncoming alien invasion.

So give it a shot, it can’t really hurt you any more than the Muse can. After all, while she’s one of your greatest allies, she may also sometimes leave you in a stressed, disoriented state full of unfortunate things. You could end up losing yourself to the work and abusing those chemicals I mentioned earlier during your creative spree. Before you know it, it’s not unheard of to be found wandering around doing unspeakable things in public while muttering incoherently…

And isn’t relaxing a better alternative to that?

(I write novels. I try to keep a level head about it and find time to relax, and so should you. If I do crack, however, you’ll hear about it on twitter first.)