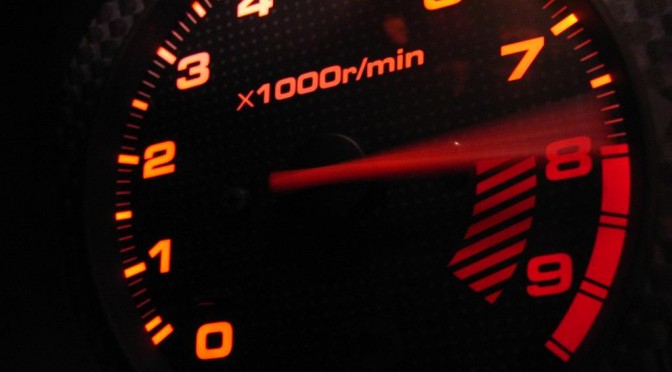 Deadlines, they loom large over us all. Though not all from the same sources, we all have something that has “time sensitive” stamped across it. And, of course, most of us are horrible at keeping those deadlines. Many a soul has spent a great deal of time procrastinating before eventually getting to work at the last possible minute. College students, especially those with challenging majors, probably suffer a soft form of PTSD from the mere mention of an “all-nighter”. Clearly, humanity was not meant to be on time.

The question then becomes, when you’ve finished your procrastination, can you actually make good on the promise of completing the task on time? Most of us have the ability, when pressed, to get things completed just in time, cutting it close like game of chicken with utter failure. Sure, you may not die, but you probably felt like it along the way. 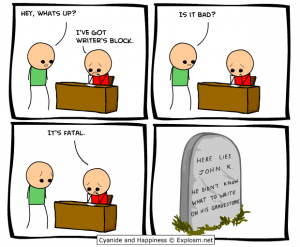 And that’s when we start pushing the red line. The red line, a term I’m borrowing from cars, is when you’re pushing yourself so far that you’re risking a burn out to get ahead. Cars have an indicator on them that you’re running the engine too hard, a little red line showing you the dangerous zone. Generally, we all know that running the car at that rate for long is going to cause major damage. By default, most of us avoid doing that. But when it comes to ourselves there’s rarely a second thought to push those limits. 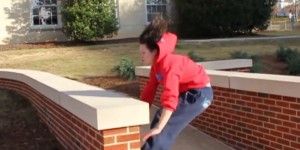 The truth is that we really don’t know our limitations very well. It’s not unilateral either – we generally have issues with over and underestimating ourselves at the same time and at almost every turn. This is the cause of both the eventual burnout and the initial procrastination. And because we don’t understand our limits, we generally don’t do what’s best for us. If you have no idea where your red line is, how do you know when you have or haven’t crossed it? Not knowing where that line is generally means you have zero information on whether or not you can or should push harder. This is the cause of a lot of angst for writers, in particular.

Everyone has their personal excuse for why they procrastinate, but in my experience all of them go back to that understanding of our own ability. For most fields this expresses itself in that belief we can finish something at the last moment and that the task itself is boring. Of course, this is generally a mistake we end up regretting. But for writers, the people I talk to most on this blog, I find that the exact opposite is almost always true. Rather than being overconfident in our ability to complete the task, most writers tend to procrastinate because we’re not thrilled with what we imagine to be our outcome. We fear that what we create will be sub-par, so we put off working on it for as long as possible.

It’s not just common, it’s practically the unwritten law of the profession. 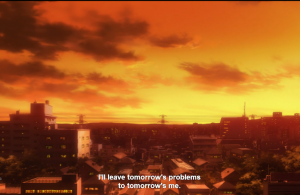 This is generally where the deadline comes into play. Even if we believe what we’re going to put out isn’t going to be worth the effort, we still don’t want to show up empty handed when it’s all said and done. The deadline, hard and fast, will generally force us to simply churn out the work even if we don’t know if it’s worth our time. This is part of a unique societal pressure that writers experience which causes us to flip our reasons for procrastination. We’re told frequently that our work is more of a hobby than a profession while we want to believe the opposite to be true. As a result, we’re trained to see our efforts as meaningless but the deadline itself as something we have to meet. As such, we drag our heels until that deadline is breathing down our neck.

Of course, that’s when we start to do silly things and push ourselves too hard from fear of absolute failure. We may stay up writing things when we know we need to get up in the morning. We might start to take something to keep ourselves alert even after we’re already tired. We might set unreasonable goals in word or page counts that we later find were almost impossible to meet in the first place. And, of course, we may brew a pot of coffee at 1 in the morning so we can meet a self-imposed deadline before dawn.

Sometimes this is okay. Sometimes we know our limits well enough to know when we’re not going to hurt ourselves by doing it this way. Maybe we’ve done it enough times to know that we’re going to be okay at the other end. But a lot of times we’re going to find ourselves tripping and crashing just before that finish line. We end up exhausted, defeated, and less likely to get back up and finish what we started. The burnout sets in, and you’re less sure than ever before that this was all worth your time.

So maybe it’s time we realize that some of our deadlines and some of the way we treat them are ridiculous to begin with. There are certain deadlines you should always strive to meet: those for work, those imposed by others, and those we need to accomplish for other tasks to be completed on time. But some deadlines, like the ones we impose on ourselves out of a feeling of inferiority, are the ones we need to let go. Part of maturing as a writer is learning that it’s better to get something done right, or done at all, than it is to get it done quickly. 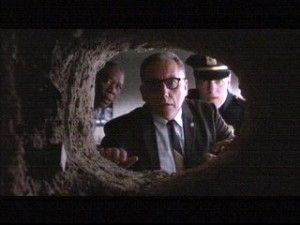 I mention this because, as of this writing, NaNoWriMo is coming to an end. A deadline imposed by someone else is coming up, and a lot of people now know whether or not they’re going to hit it without trying to push those limits. I’m sure quite a few are looking at what they have and realizing that hitting the goal in a reasonable fashion is not going to happen. There are only so many words you can write in a day, a number you’re probably familiar with, and there may not be enough days left for you to do it. This is about the time when a lot of people are going to feel like they’ve somehow failed.

But I like to think this deadline is one we’ve actually set on ourselves. No one really forced you to take on the challenge, it was just an excuse to motivate you into action. No one really demands that you produce a result by the end of the month, they just offer a little pat on the back for accomplishing it. There is no outside consequence from failing to complete the word count of NaNoWriMo. The only consequences of this come from within. This, despite the trappings, is a deadline you’ve imposed on yourself.

So, given that knowledge, does it really matter when you finish it or just if? As I said previously, there’s a time when a mature writer realizes that the quality is more important than the simple quantity. Generally, writing at your highest speed, if you’re forcing it, isn’t going to produce the best results. Sure, some people could theoretically complete 50,000 words in 10 days or less – but that product would probably suck ass from not only the rush but the stress you’ve put yourself in. I jokingly talked about how muses would beat the hell out of you if you allow them, but that joke was about exactly this moment.

Many of you know what it feels like to burn out. Many of you are still beating yourselves up for having burned out before and failing to meet the challenge. Is it really worth doing that again? Or would you like to complete the task at hand at the pace that works for you? I think, if you can’t hit the goal at the end of the month, the most important thing is to ensure you finish it period.

It would be incredibly easy for you to simply stop working on this and pretend it never existed. After all, there’s a very good chance you hate what you have already if you’re strugglign to hit the goal. That’s not due to quality either, mind you, but just how we tend to feel about our own work when we’re falling behind. However, I would argue that if you entered this seriously, it’s more important that you finish this because you hate it – and at a pace where you don’t hate it quite as much.

Avoid that urge to enter the redline, just focus on finishing the work in front of you. Don’t do it for the challenge, do it for you. By finishing this task, even if you don’t really like it too much, you’ll be showing yourself that you can. The next time you try will only be easier as a result. You might even like what you have to offer that next time around. You might even find that you don’t hate this one quite as much if you aren’t stressed about finishing at a specific pace. More surprising things have happened.

So, first, feel out how capable you are of meeting the deadline. If it’s still obtainable then you should totally go for it. But if it isn’t, allow yourself the ability to simply finish at your own pace. The redline is dangerous, putting us in a place where we might learn to hate the artform rather than love it. It puts us in a place where things don’t work anymore. And, in our hurry to cross that finish line, if we’re not careful…

We might lose all sense of reason, common sense, and context.

(I write novels and I tweet things on twitter. If I wanted to cheat I’d probably count this blog towards my word count too, but then I’d be a hypocrite.)